Cher, the iconic singer and entertainer, has a well-known penchant for high priced homes with a real estate portfolio including properties in West Hollywood, Aspen and London. In 2004, she purchased a lot at the world renowned Four Seasons Hualalai Resort, on the exclusive Kona-Kohala Coast of the Big Island of Hawaii with the intension of building a home of her own design.

Uniquely custom-designed by Cher, this spectacular 8,821 sq. ft. luxury residence was artfully crafted in a Balinese style that ideally balances modern sophistication with traditional Asian influence. Featuring a gated center courtyard that leads to the main residence, a pavilion of five individual freestanding bungalows (four with bedroom suites and the fifth with a media room and bar) are situated beyond a traditional Island front gate entry that welcomes guests into the Zen-like courtyard that is the central private gathering area for the bungalows.

The premier three-quarter acre property is perfectly situated to showcase panoramic ocean vistas from nearly every room. Dramatic sliding glass doors effortlessly unify the interior spaces and attract cooling tropical breezes to flow throughout from the outdoor living area, which includes a spectacular infinity pool with spa overlooking the Hualalai Golf Course out to the blue waters of the Pacific Ocean.

Completed in December of 2009, the “Designed by Cher” home was never actually lived in by the entertainer. Instead the home, including the entire contents of custom artwork and furnishings were put up for Auction on January 18, 2010. Successfully sold for a reported $8.72 million at auction to a mystery buyer from Arizona, property records later confirmed that the home was purchased by Bob Parsons, the founder of GoDaddy.com with a registered purchase price of $8.0 million on February 10, 2010. 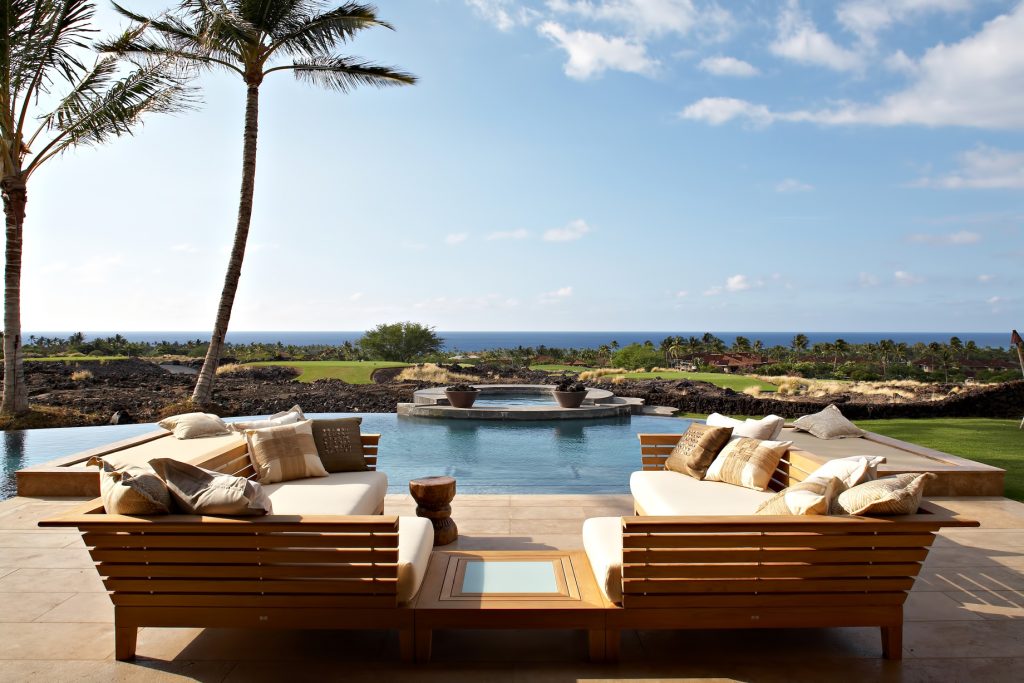 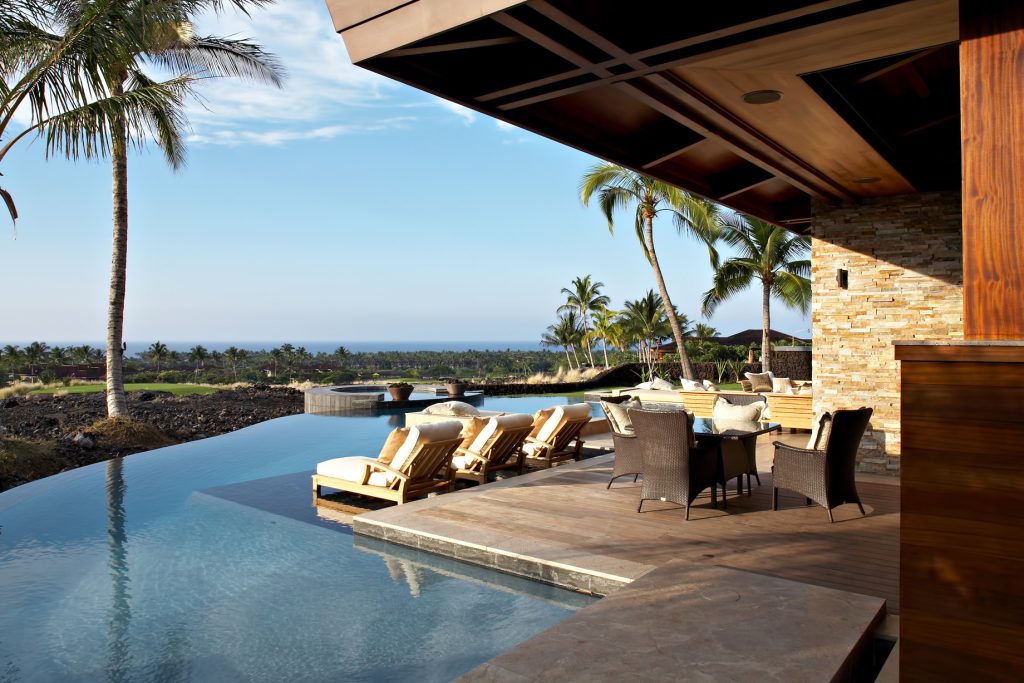 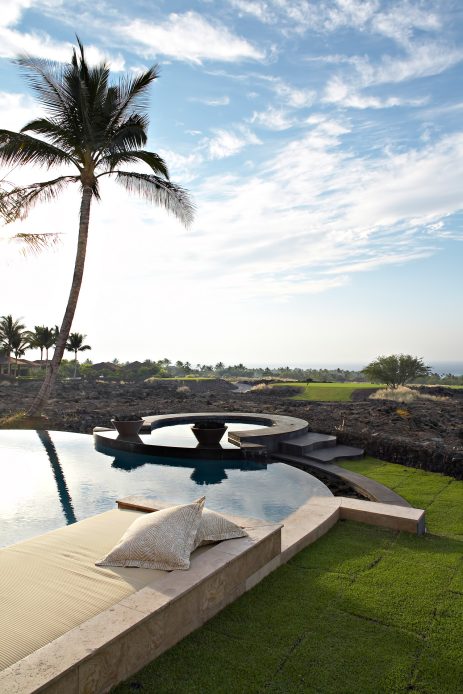 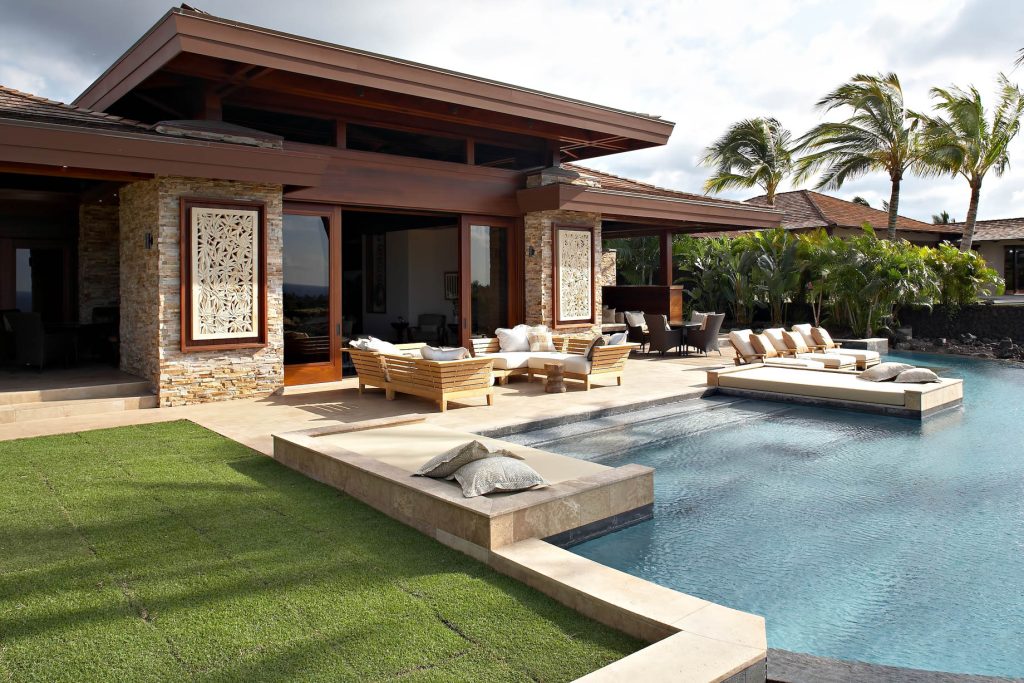 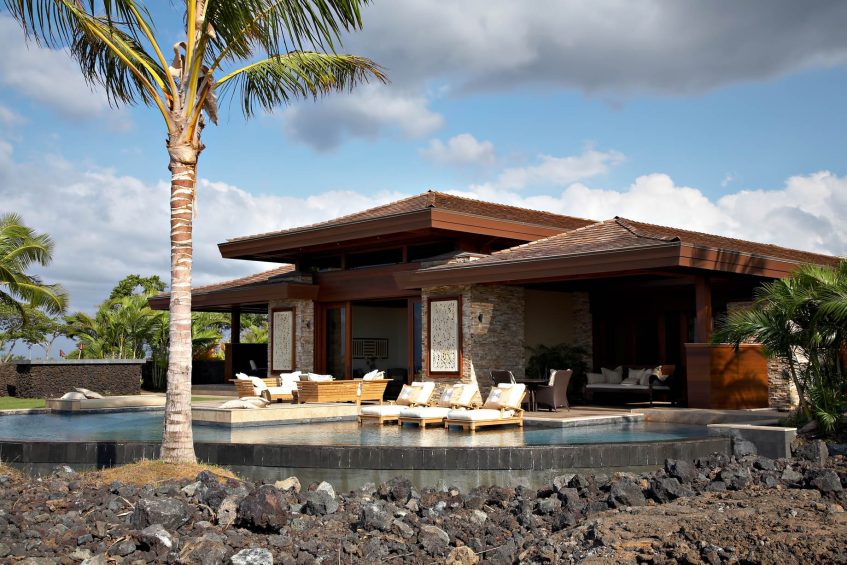 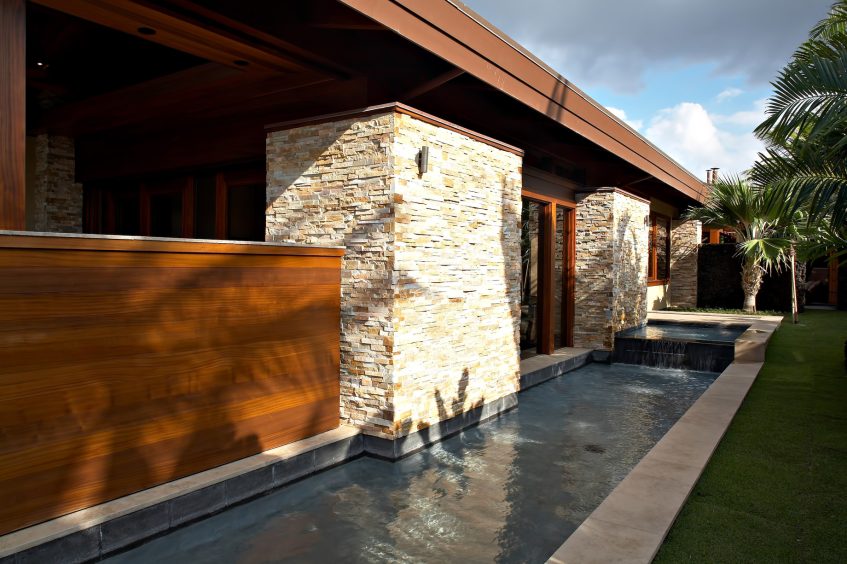 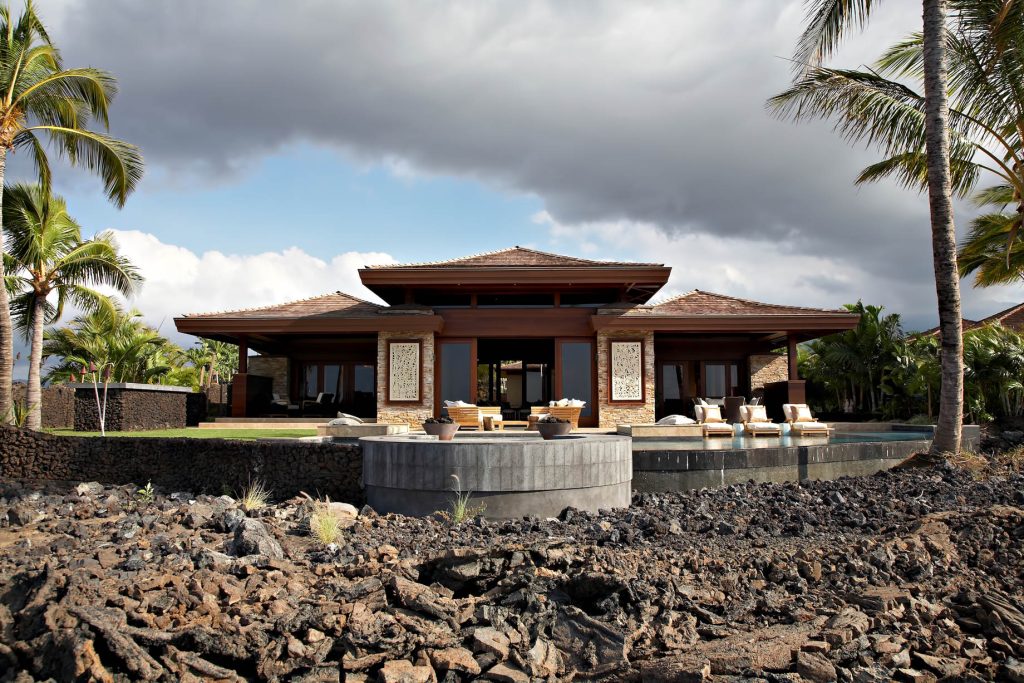 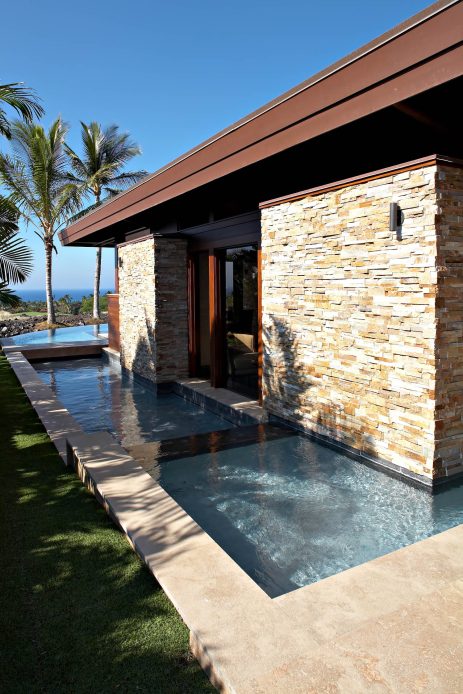 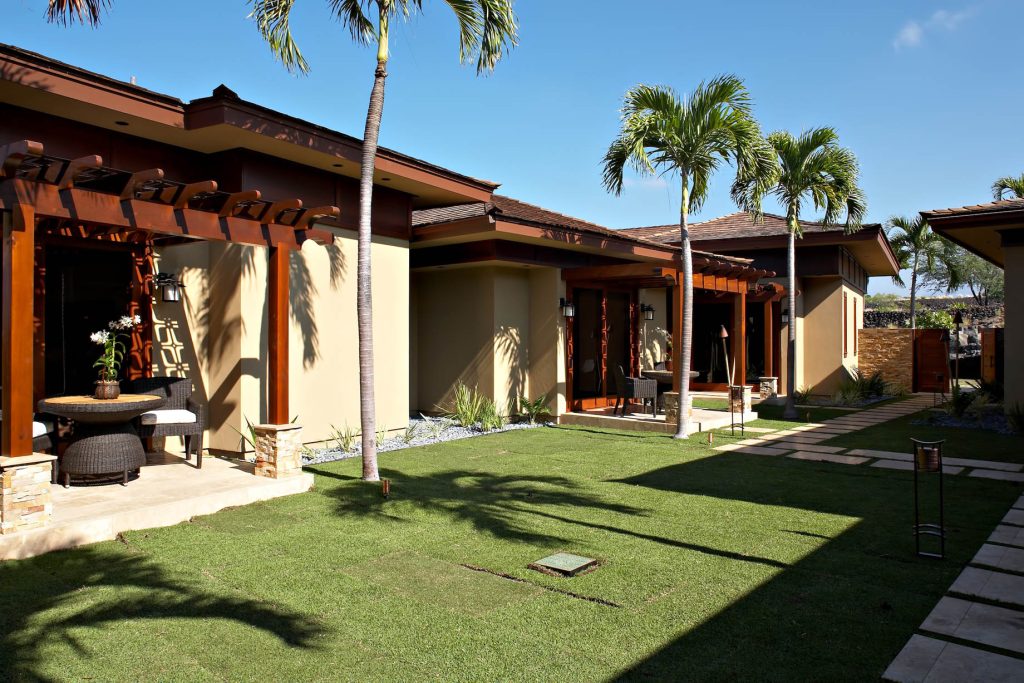 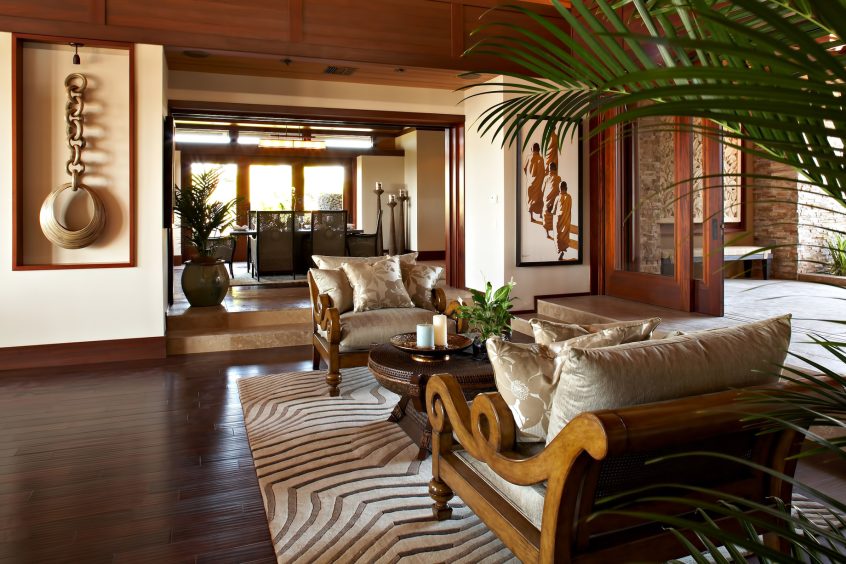 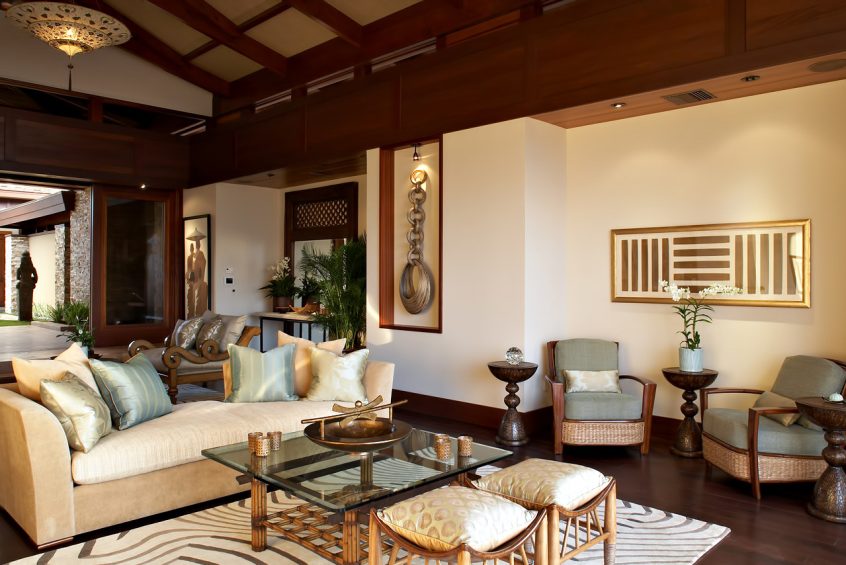 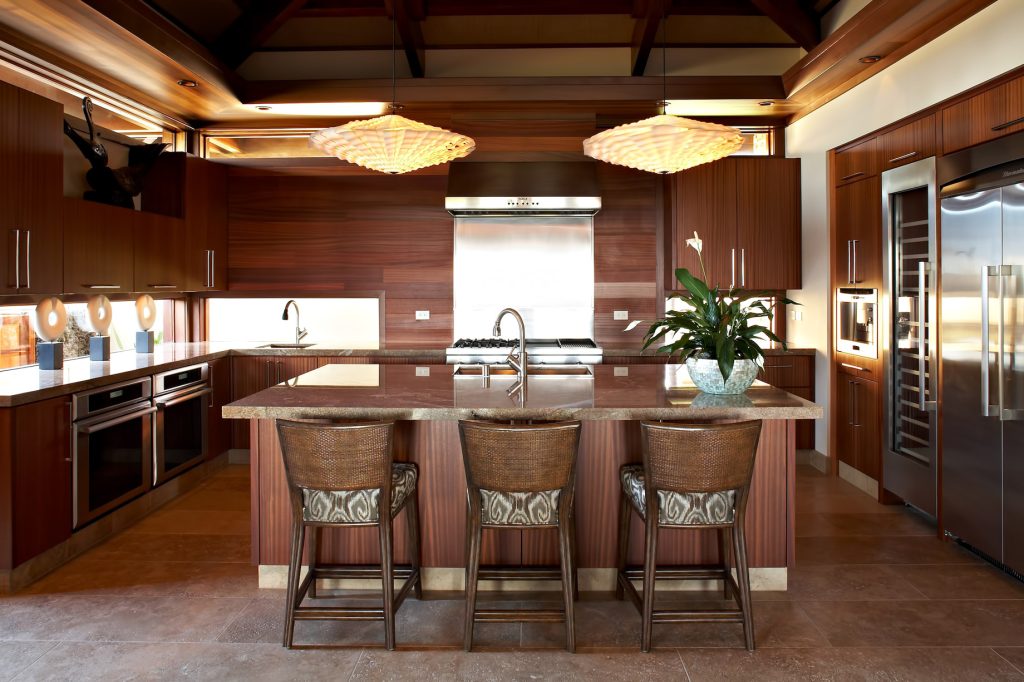 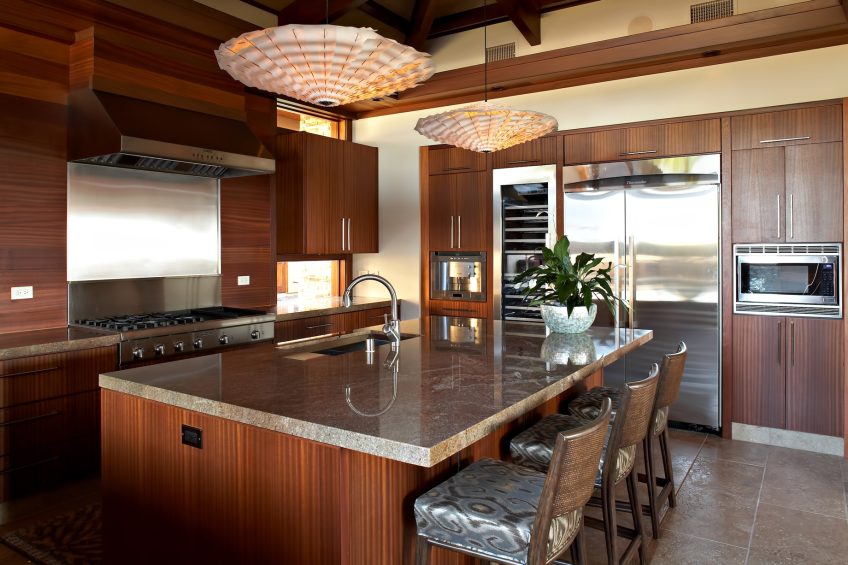 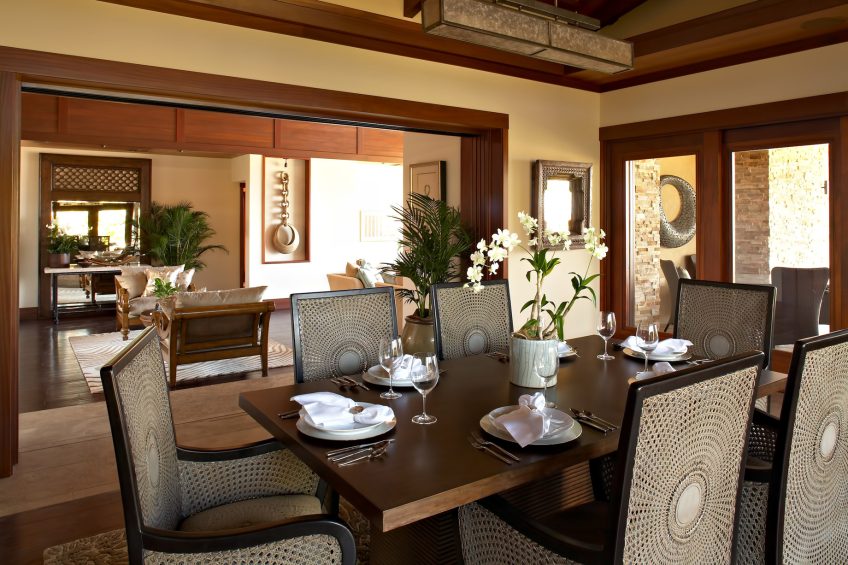 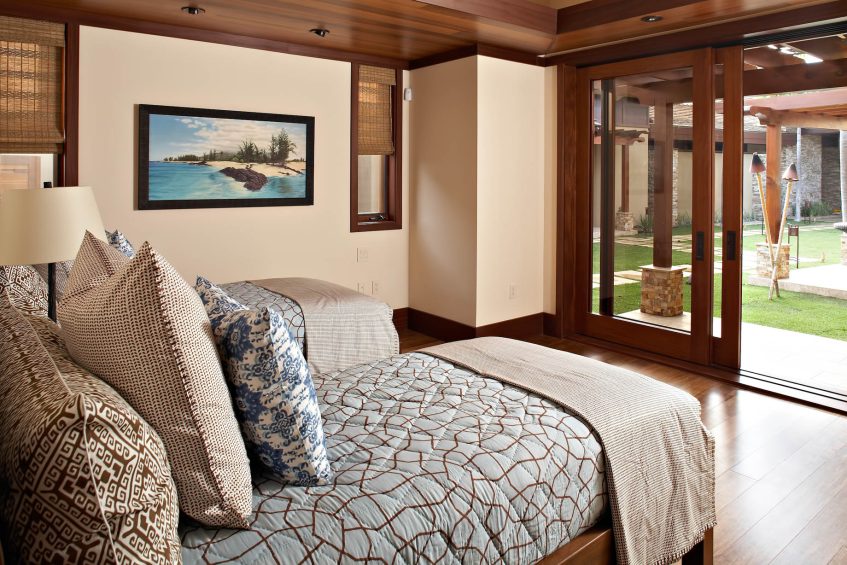 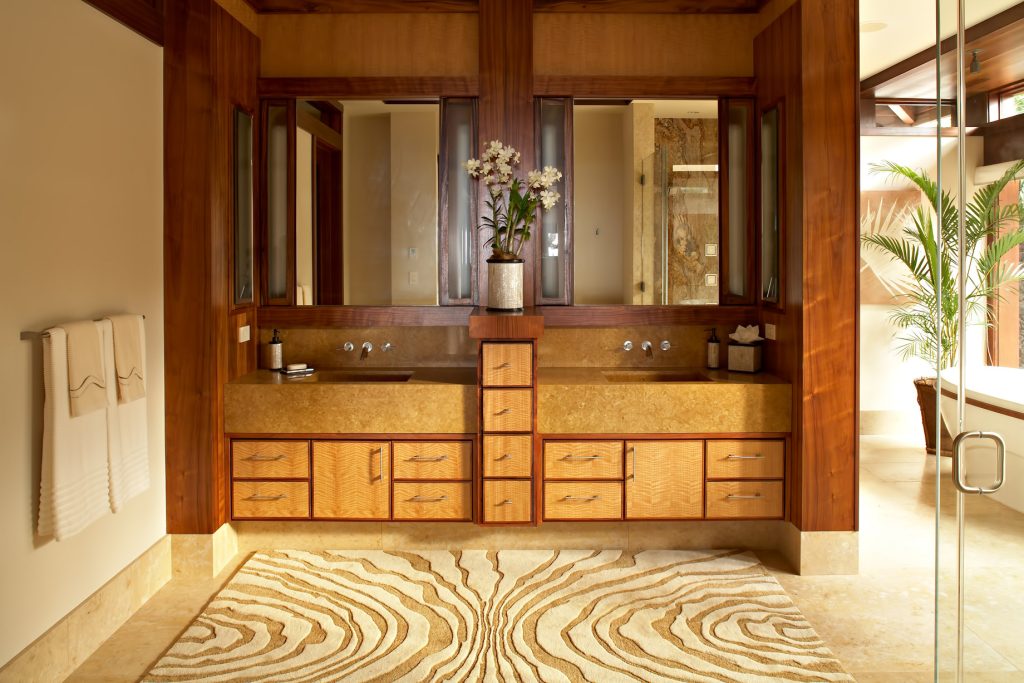 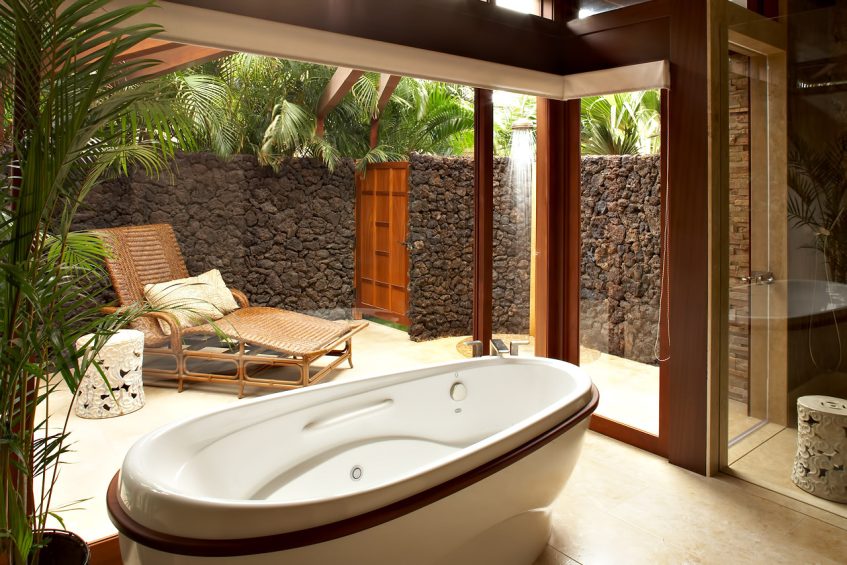 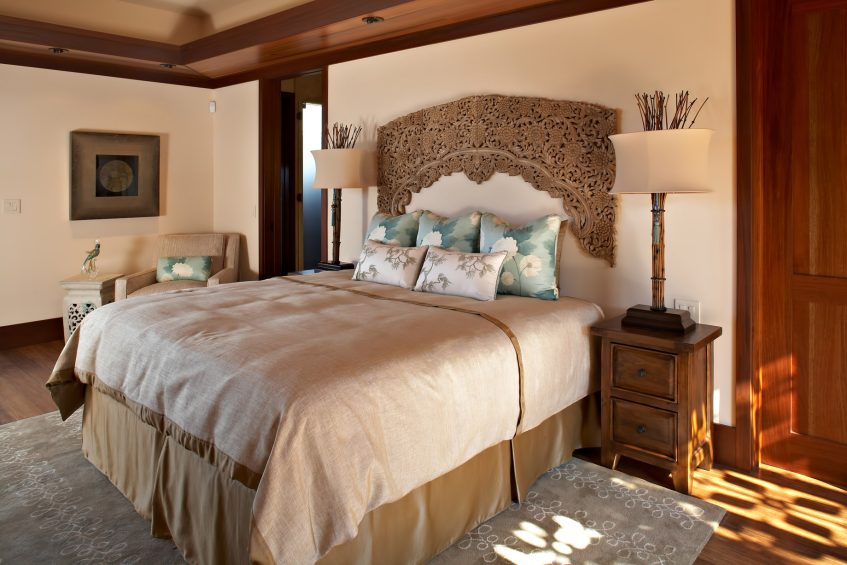 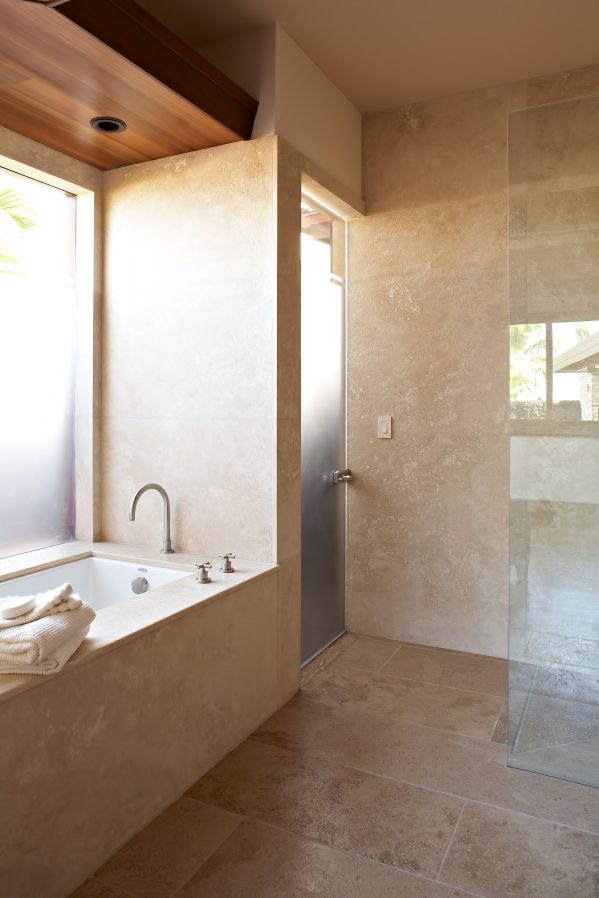 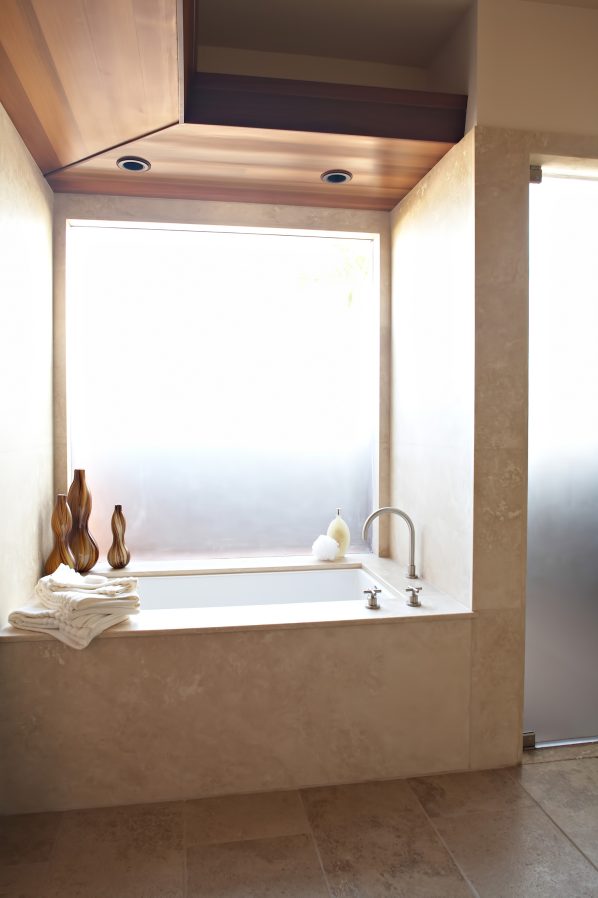 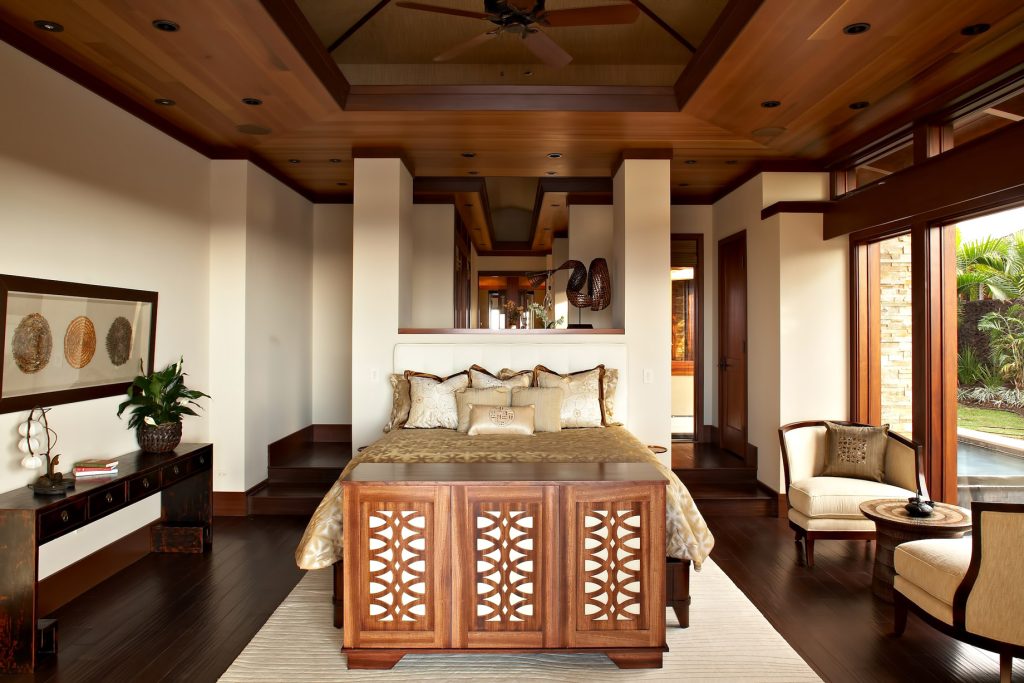 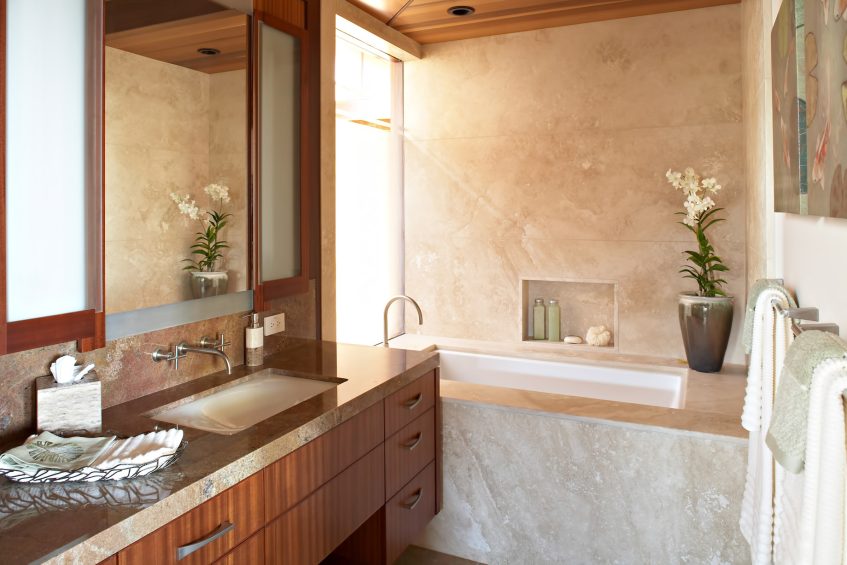 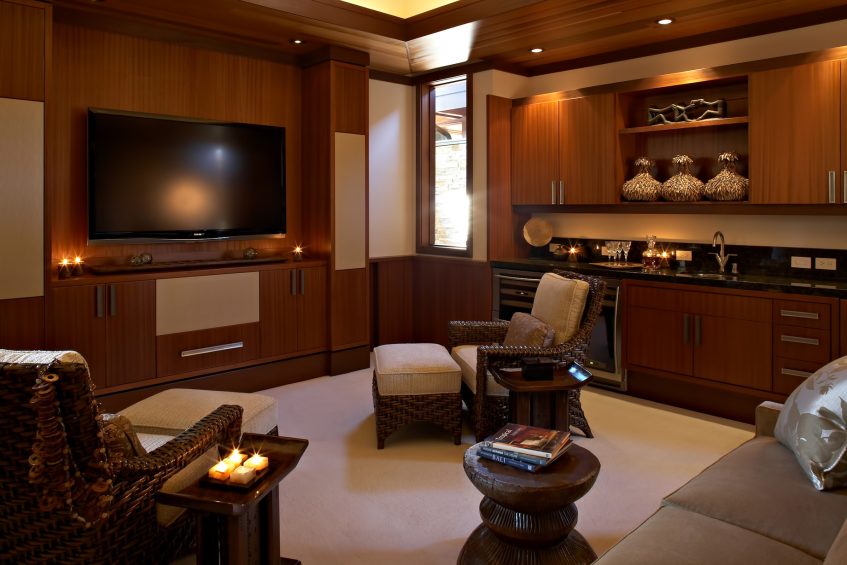 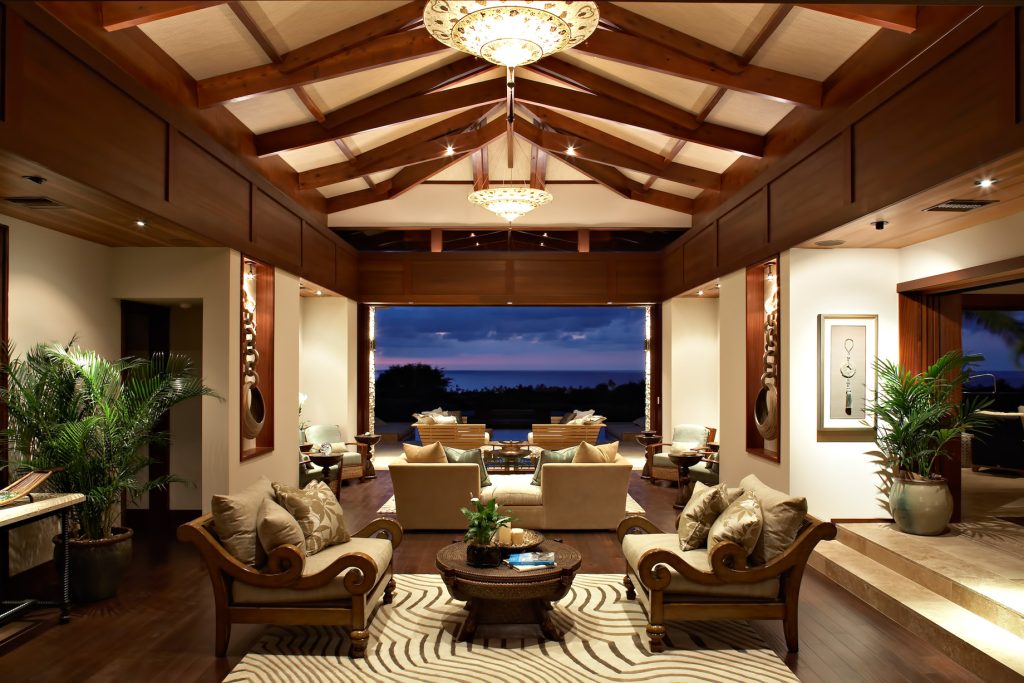 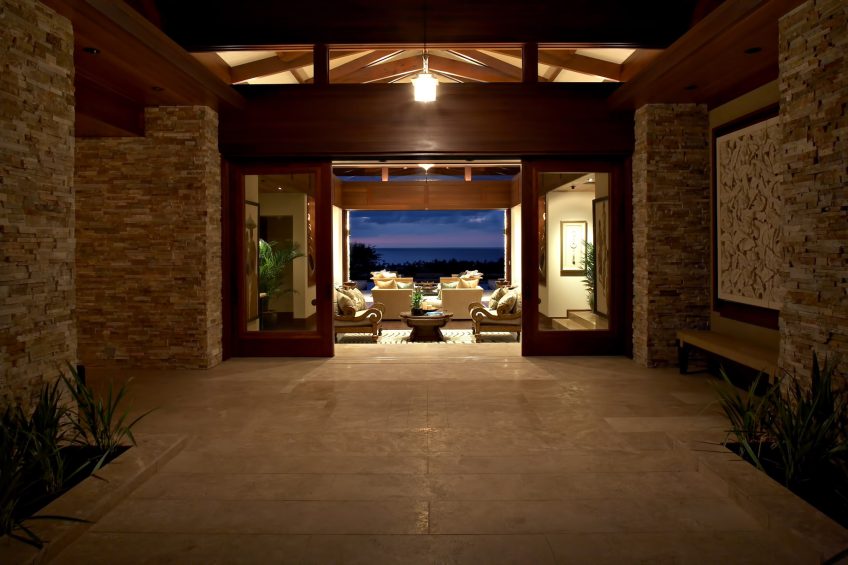 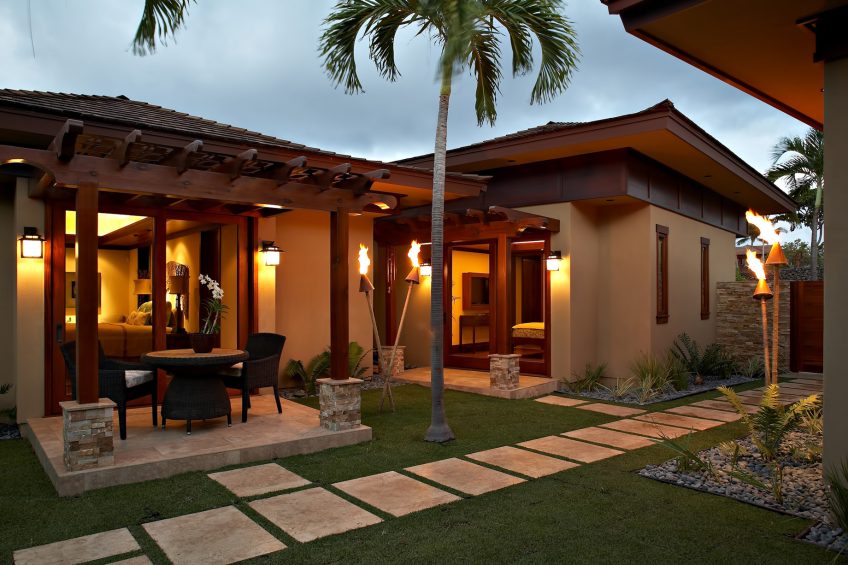 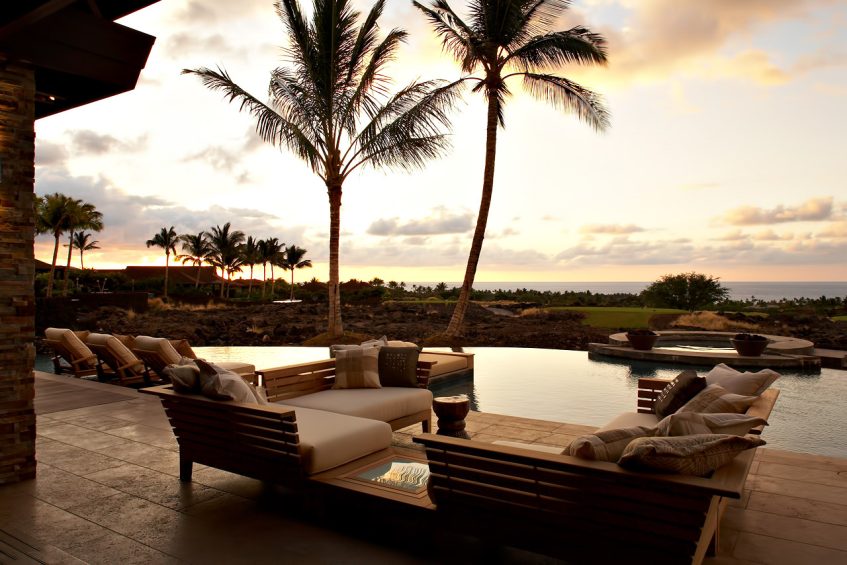 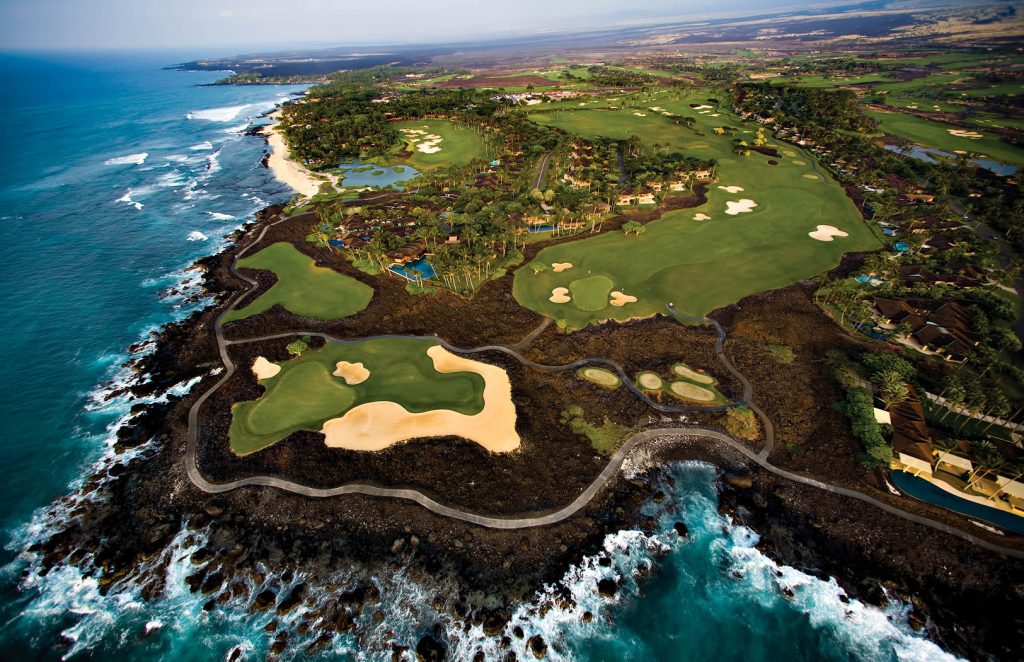 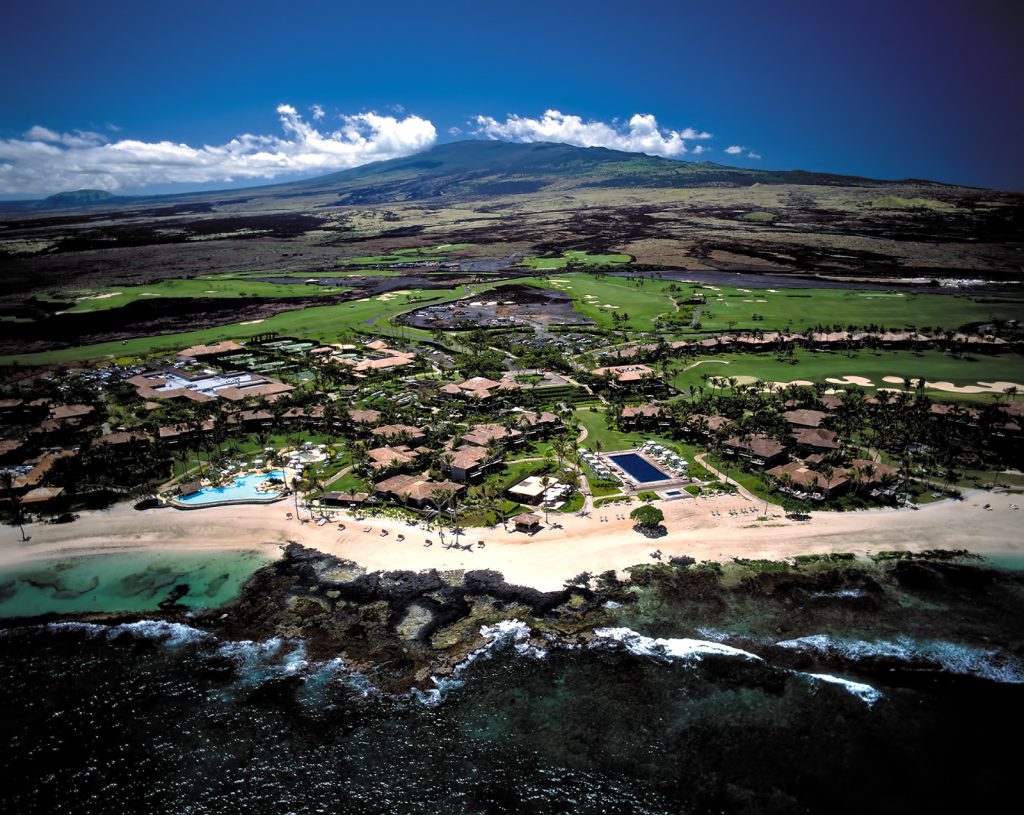