When your company is Calvin Klein, a brand at the top of the fashion industry with nearly $6 billion in sales, according to its 2009 annual report, and you want to make your first-ever television commercial, what do you do?

You create something that epitomizes your brand and makes a statement. That statement for Calvin Klein (CK) was “Modern Elegance with Timeless Luxury.”

Calvin Klein created a television commercial that aired during the broadcast of the 68th annual Golden Globes ceremony on Sunday, January 16, 2011. Directed by Fabien Baron who produced some of the most controversial and successful Calvin Klein imagery over the past 15 years, it featured IMG Dutch model Lara Stone and Garland, Texas born Tyson Ballou. That commercial is a fabulous representation of the Calvin Klein brand.

Although the models and the Calvin Klein brand were the focal point of the commercial, one cannot help but notice that the star of the show was also the 11,000 sq. ft. luxury home that the commercial was filmed in – The Razor at 9826 La Jolla Farms Way, San Diego, California.

A company with the magnitude of Calvin Klein was searching the world for the ultimate luxury home to film a commercial that represents their brand.  They chose – The Razor. This stunning home that is currently for sale for $19.3 million provided the backdrop for the essence of luxury showcased in this commercial, which is the Calvin Klein brand.

The commercial connects fashion and luxury with a home that can be viewed as one of the most exclusive and luxurious in the world. The striking visuals of the home in silhouette truly make a mark that defines the Calvin Klein statement of “Modern Elegance with Timeless Luxury.”

The artistic vision of Fabien Baron fuses the incredible visual aspects of this luxury home with the graphic expression and visual clarity of Calvin Klein’s luxury living. The incomprehensible vista and view of The Razor perfectly complements the beautiful manifestation of luxury with Lara and Tyson.

A glimpse of The Razor from above, fortifies the symbol of exclusive luxury. The Razor firmly establishes a connection with exclusivity, Calvin Klein and a luxury lifestyle.

The Razor is the ultimate expression of Calvin Klein’s Luxury Living.

The Razor Residence was officially sold on December 20, 2011 for $14,097,000 after a successful bid at a multi-million dollar real estate auction held on November 11, 2011. It has been reported that the successful bidder and current owner of the property is Donald A. Burns, Director of MagicJack. 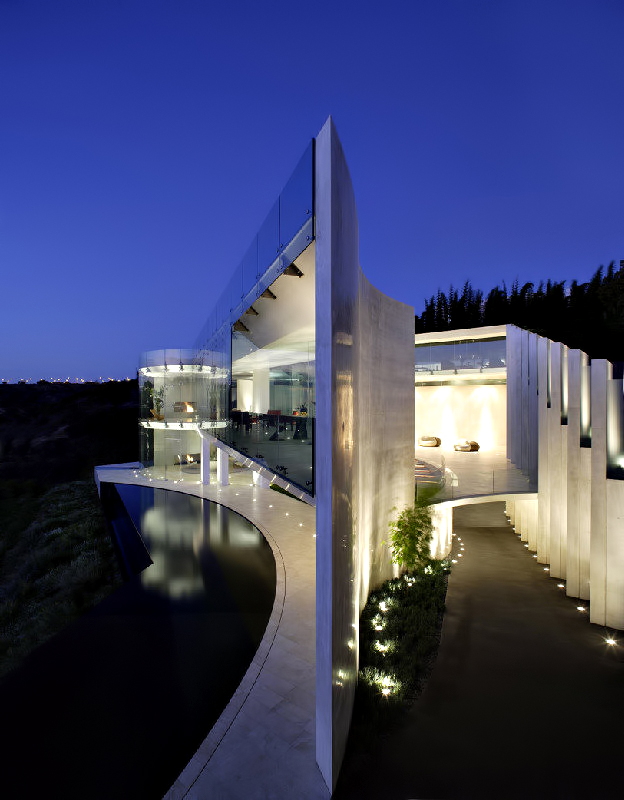 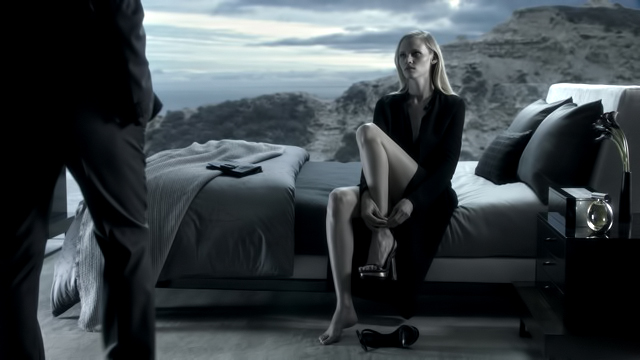