The glamorous La Belle Epoque Penthouse in Monaco is a supremely lavish top-tier residence that pays homage to an elite no-expense spared lifestyle of super-luxury real estate. Offering an allure of majesty and a pedigree of royalty, the historical La Belle Epoque (beautiful era) building is one of the best known in the principality.

Recognized as one of the most desirable properties in the world, the penthouse earned the designation of being the world’s most expensive private residential home when British luxury property developers, Nick and Christian Candy sold the penthouse to Sheikh Mohammed bin Rashid Al-Maktoum of the Dubai Royal Family for an astronomically high, record-breaking price of $323 million USD (£200 million) in 2010.

Having established their company, Candy & Candy as one of the world’s leading high-end residential interior-design and development companies, the brothers were determined to apply their considerable talent and rigorous expertise to this ultimate personal project. “Chris and I were already living quite contentedly in Monte Carlo when this penthouse came up for sale,” Nick Candy told Architectural Digest magazine in a 2010 interview, “but once we’d seen the space and the location, we realized it had the makings of the best apartment in the world.”

The pioneering confidence and desire to push existing boundaries of décor allowed Candy & Candy to set a new bespoke luxury design standard in elite residential interiors, making the La Belle Epoque Penthouse a kind of modern equivalent of a historical palace fitting a Medici or a Versailles.

Patterned after the golden age of arts, culture and science, the interior of the penthouse offers an ornate visual paradigm of colors and textures amalgamating shimmering hand painted silk draperies, polished exotic-wood floors inlaid with delicate marquetry, cooling rare Italian marbles, platinum-leafed ceilings and even skirting boards of the softest suede. It is often hard to know where to look, or how much you are taking in, as the moment you enter the leather and cashmere-lined walls of the penthouse, you know you are venturing into a world of unrivalled glamour, splendor and style.

The luxurious residence includes an impressive double-height library, cinema screens which emerge from walls at the touch of a button, numerous walk-in wardrobes rooms, a leisure room with billiard tables and arcade video games, a media room with special executive chairs which convert into beds and a Jacuzzi and spa. The vast roof terraces offer stunning sea views complete with mature 15-foot trees and an infinity swimming pool.

The penthouses elaborate security features include a panic room with reinforced glass and surveillance cameras throughout.Situated on the top two floors, above three private banks that occupy the first four floors, of the prestigious La Belle Epoque building, the 17,500 sq. ft. penthouse is not only the largest and arguably the most impressive in Monaco, but is also located in one of the most prime sites in the principality, next to the Hotel Hermatage, with elevated views across from Monte Carlo’s magnificent glittery mega-yacht filled marina with incomparable views across the Harbour to Prince Albert’s hilltop palace. 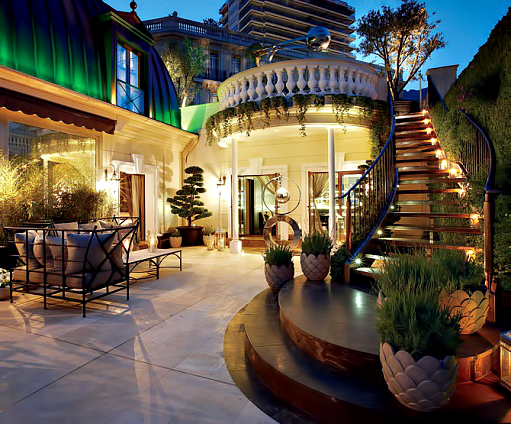 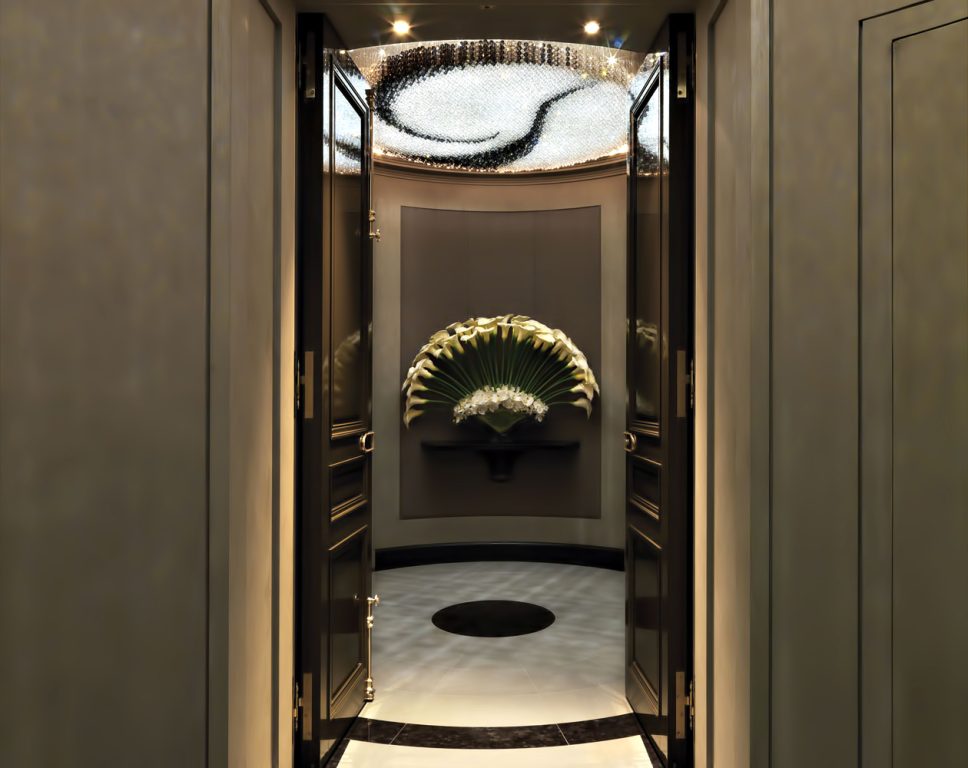 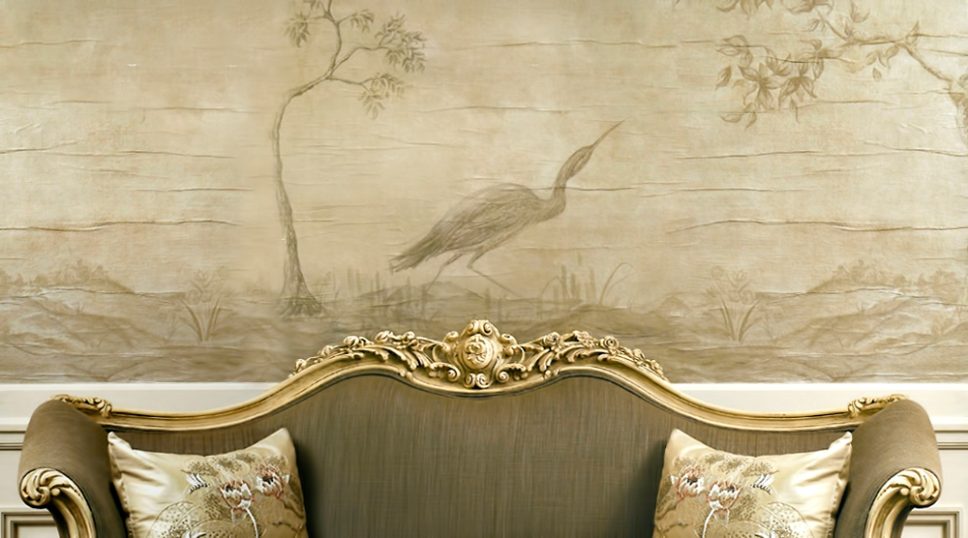 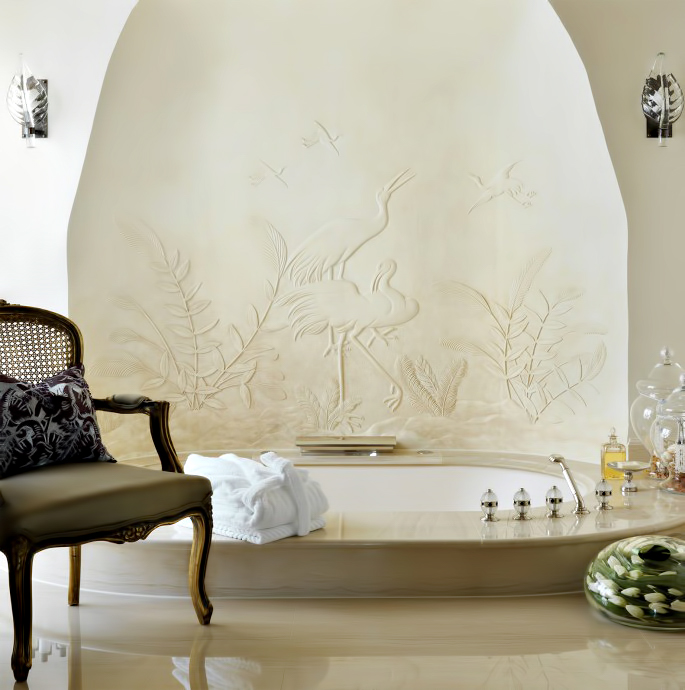 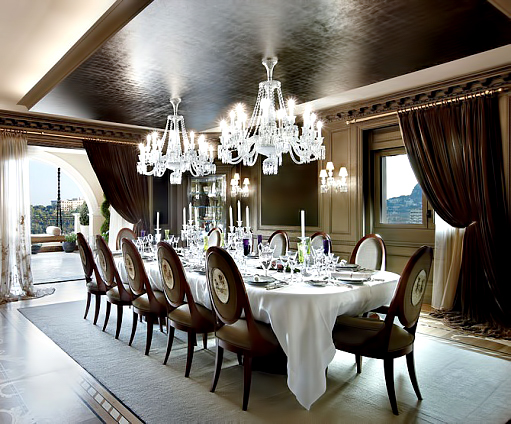 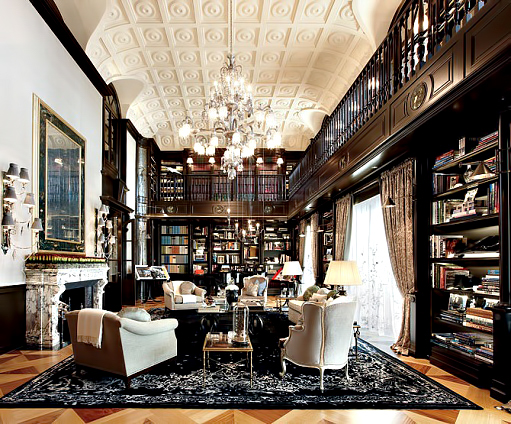 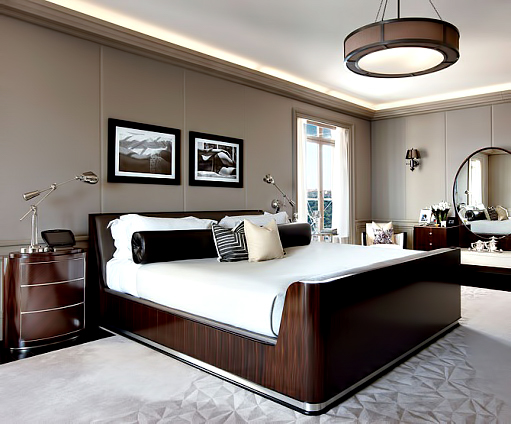 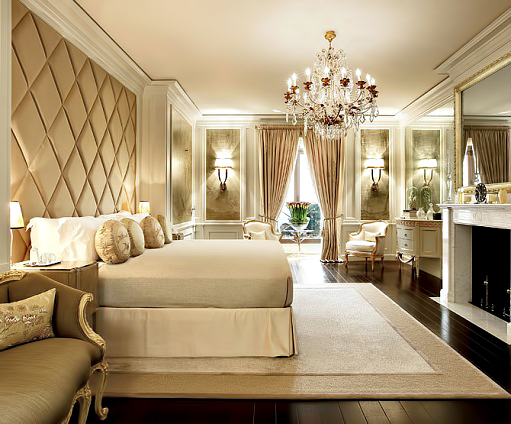 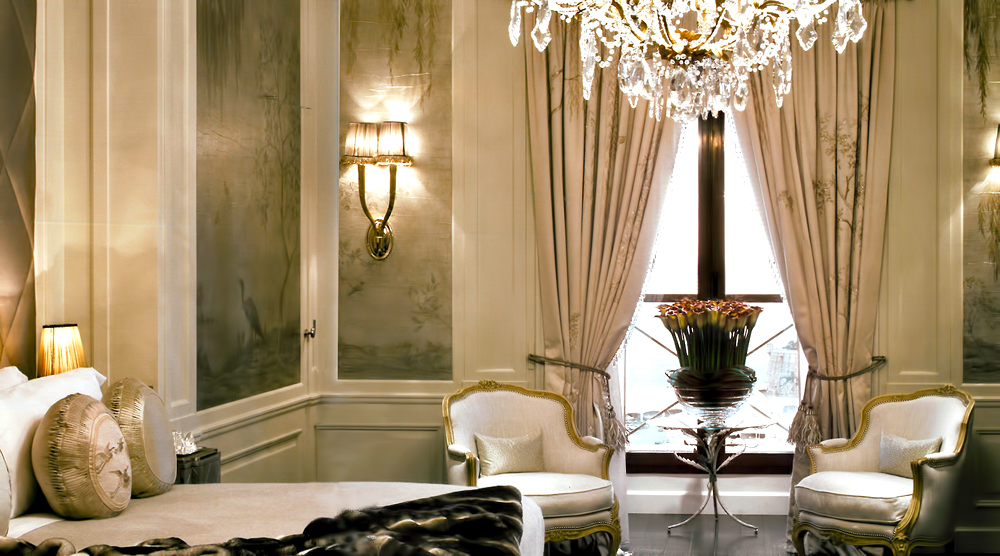 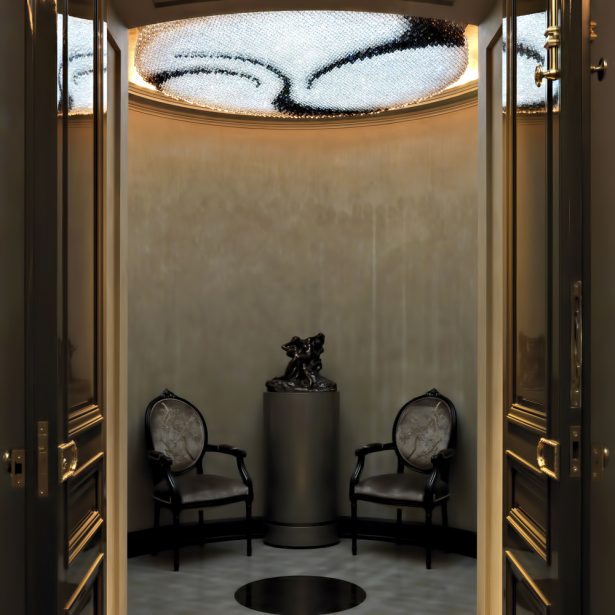 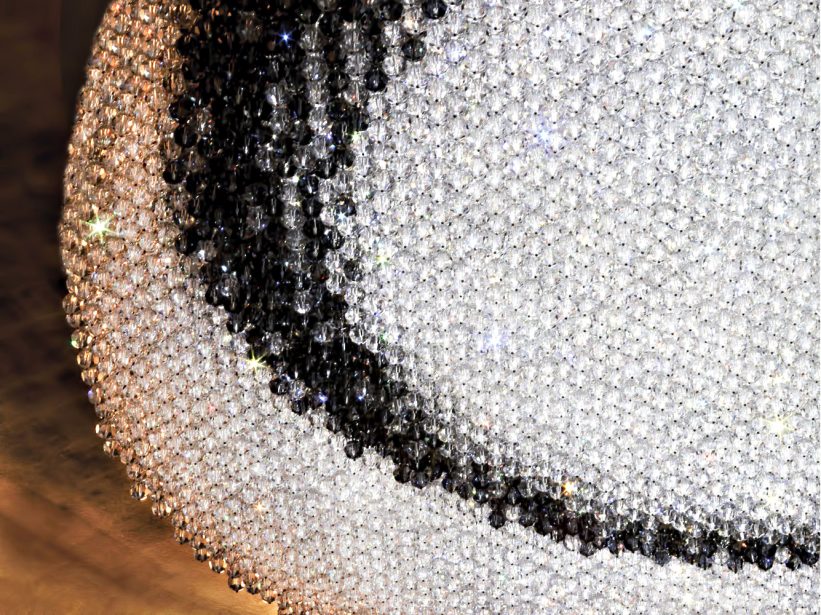 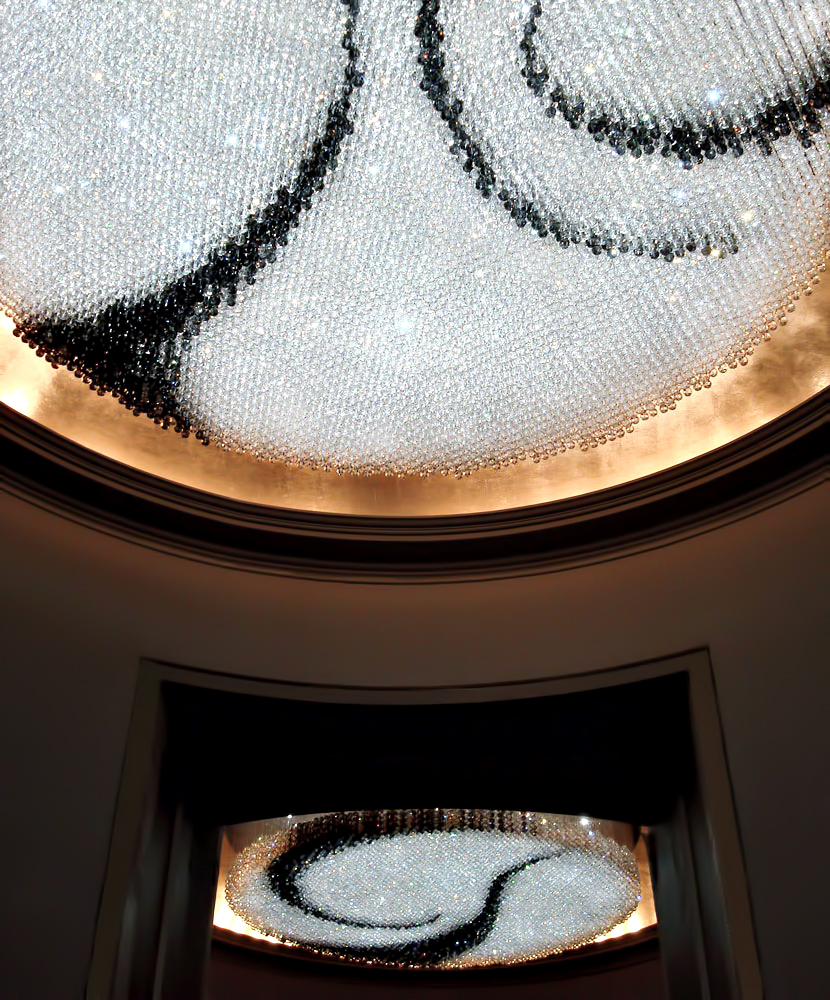 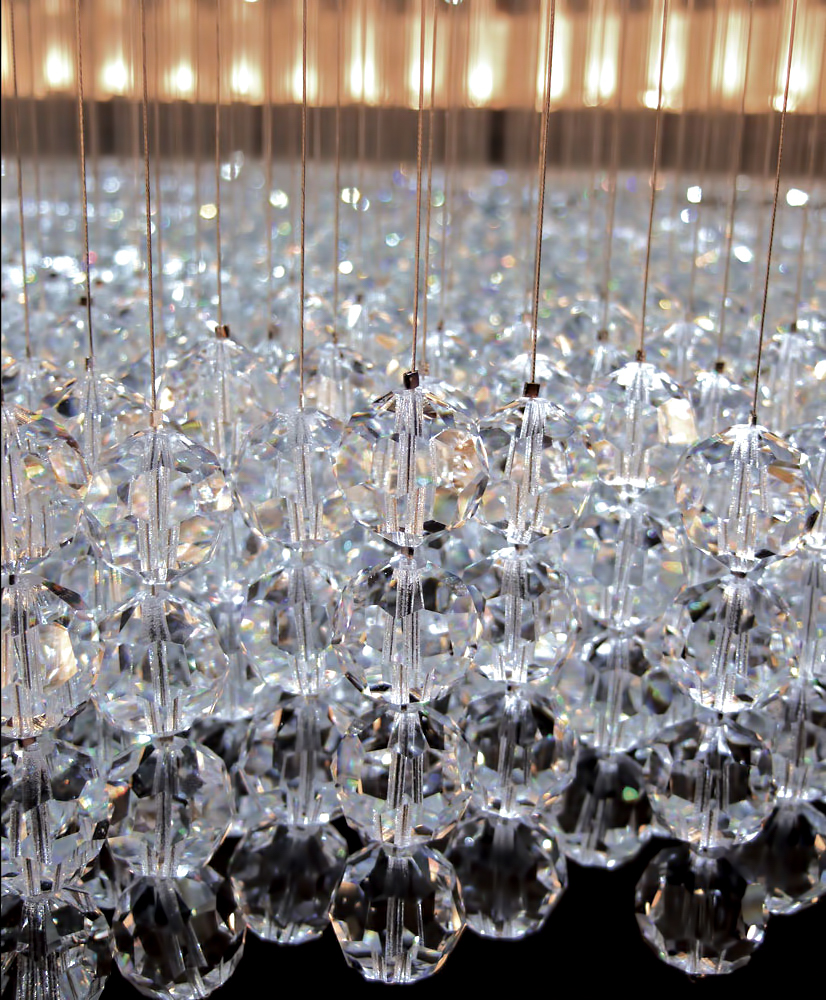 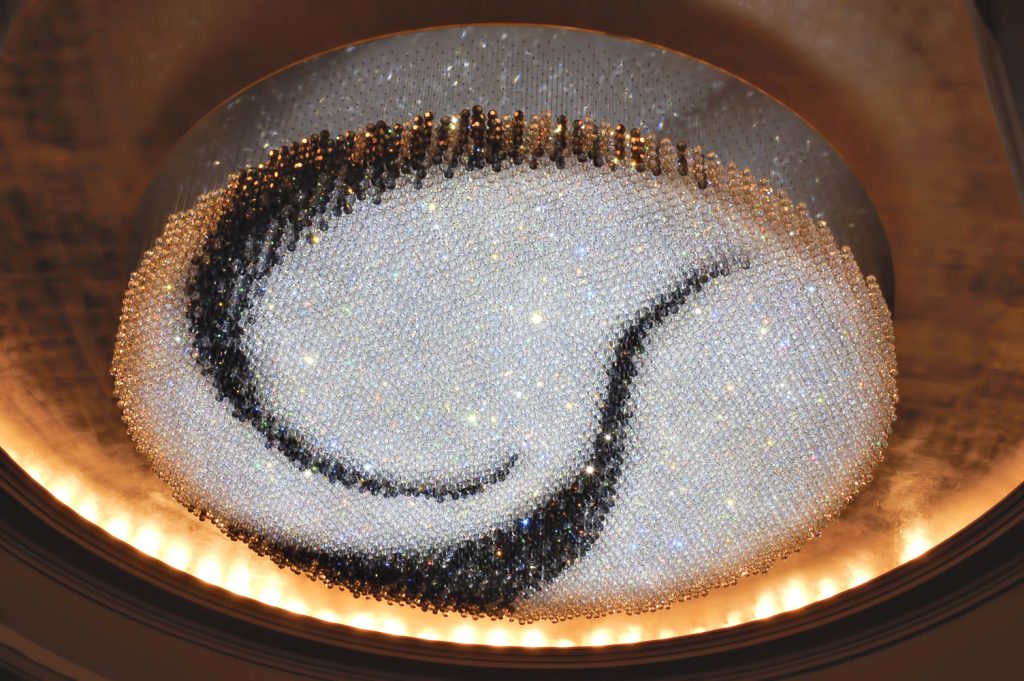 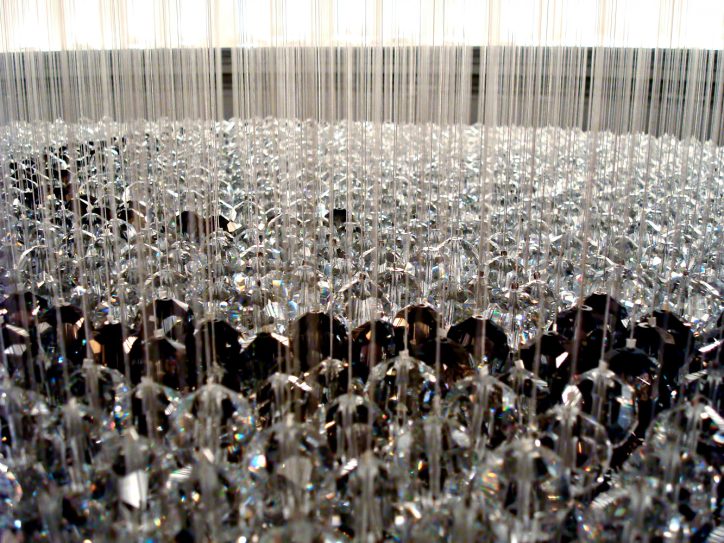 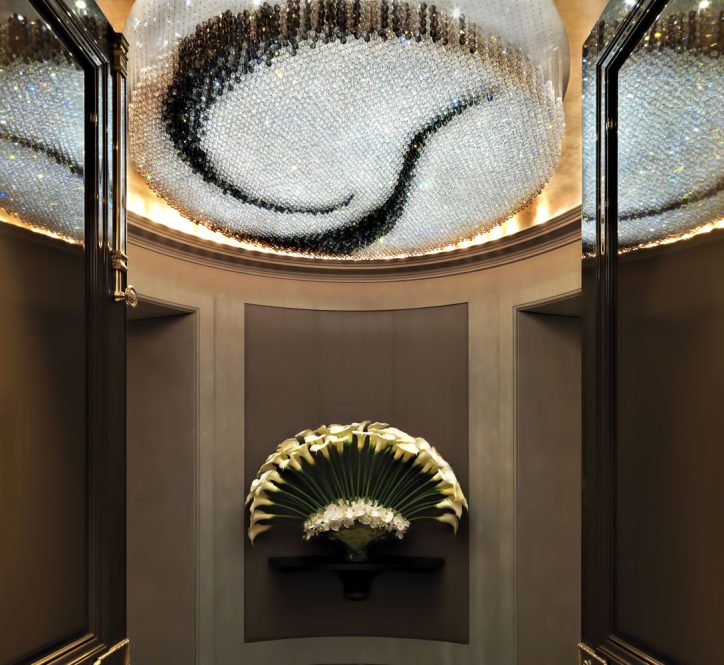 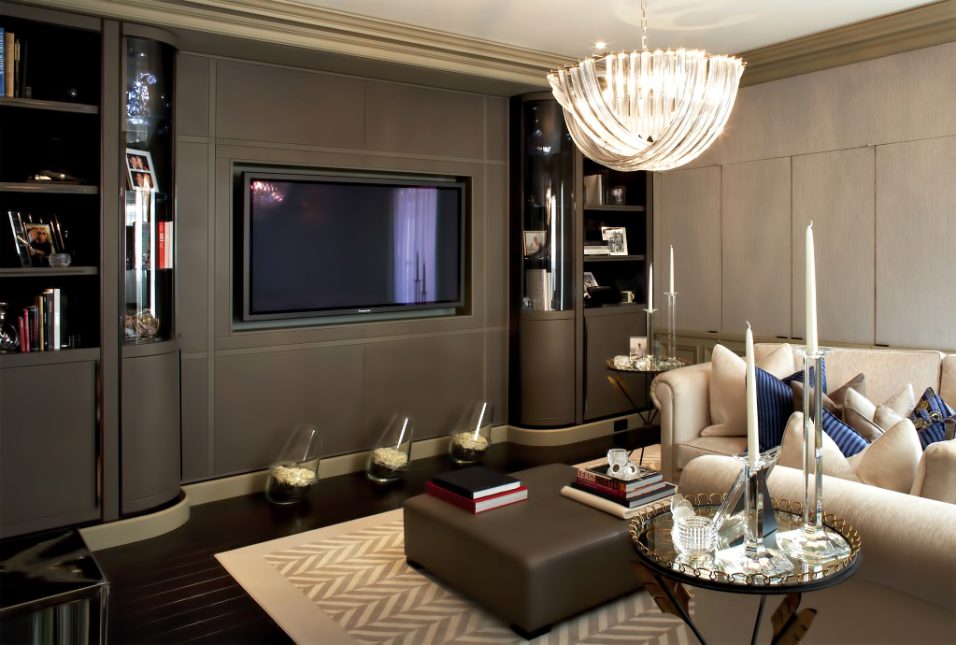 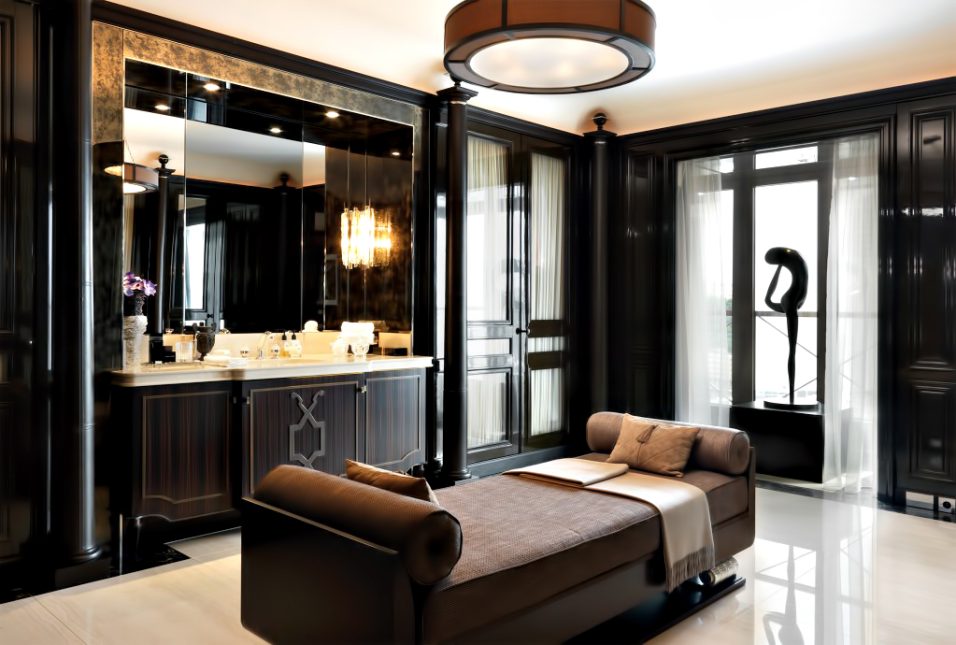 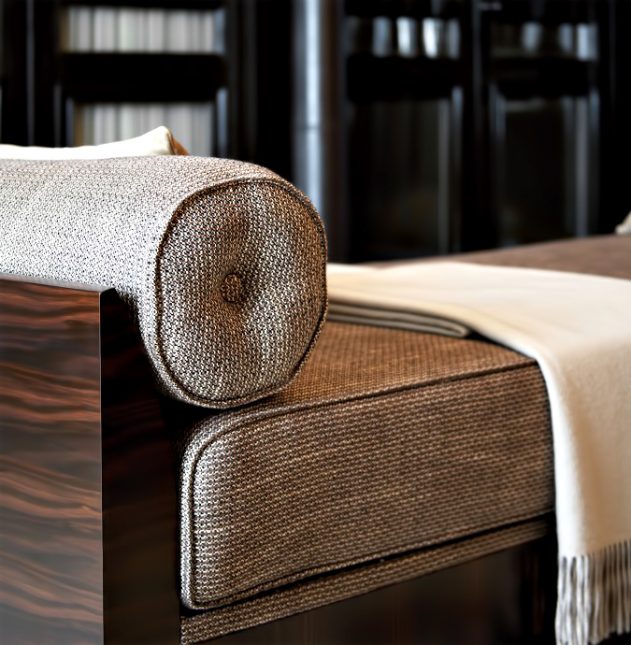 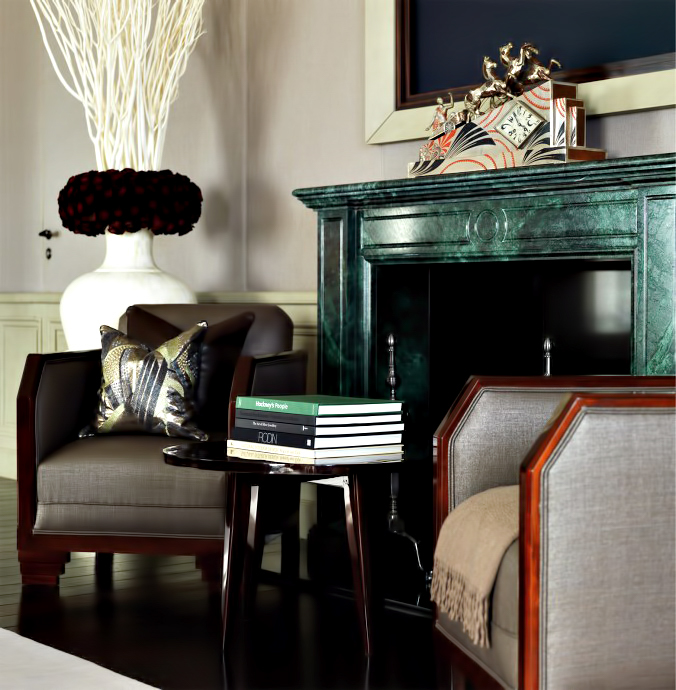 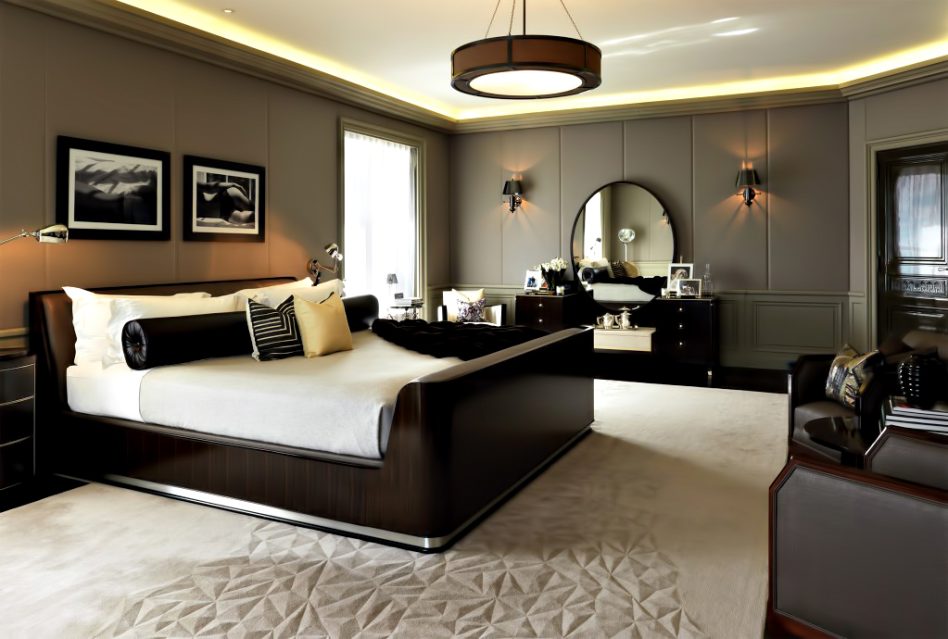 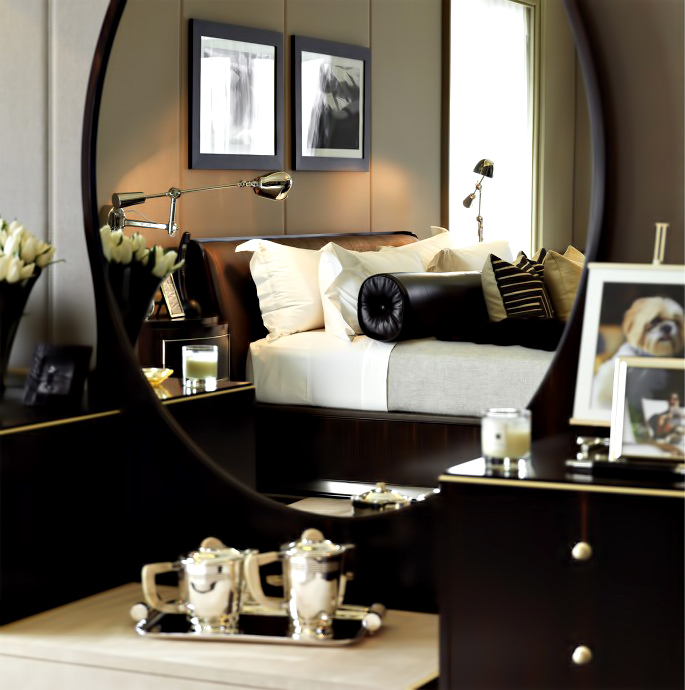 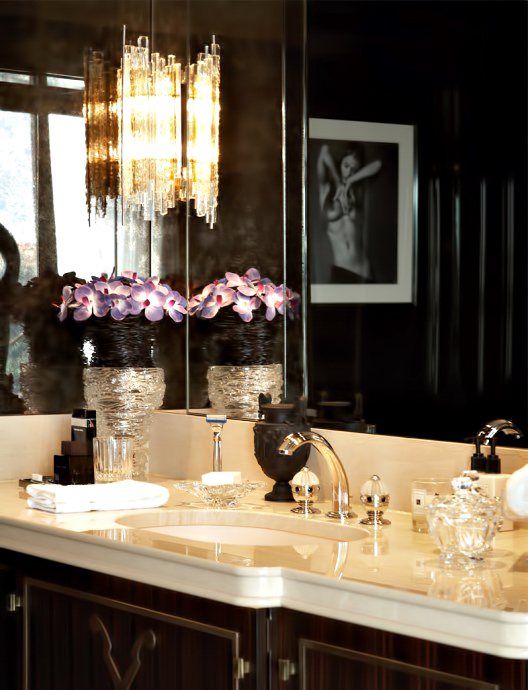 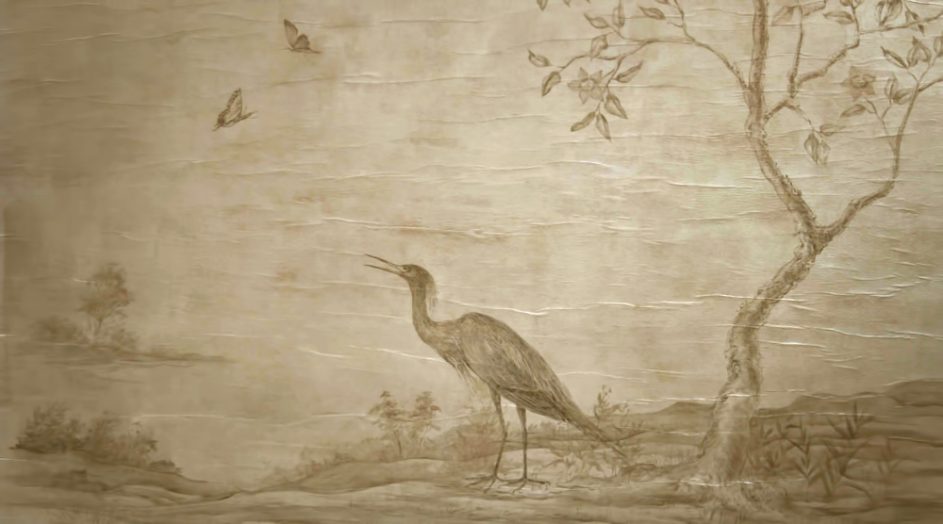 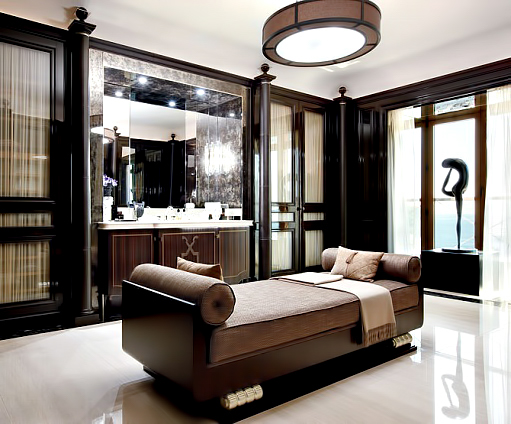 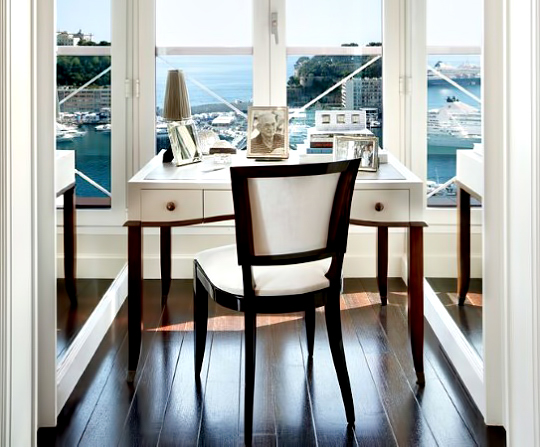 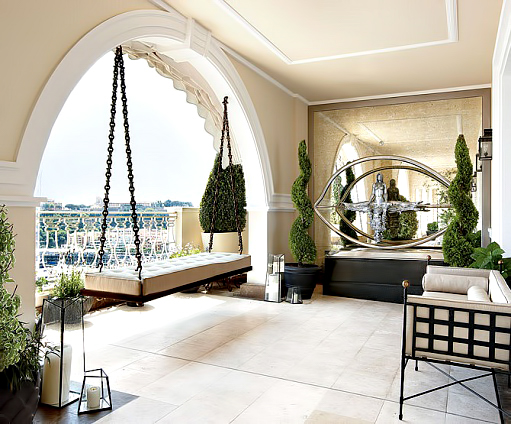