How do you define the best of what life has to offer?

It is not often that we are asked that question.

But when VISA came to Curt Morgan to make a TV commercial for their new Black Card, he had to find the answer.

For those who demand only the best of what life has to offer, the Visa Black Card is for you. The Black Card is not just another piece of plastic. Made with carbon, it is the ultimate buying tool. Black Card membership is limited to ensure the highest caliber of personal service is provided to every Cardmember.

The concept was to create a commercial that represented the essence of an exclusive luxury lifestyle at the highest level, all embodied within a female James Bond type of character around a black theme. The goal was to create something that fit the Black Card model with high action and high intensity.

To achieve the Black Card vision, Curt Morgan, Director of Brain Farm Digital Cinema said “We were looking for the house of our dreams, and we ended up finding it in Southern California.”

“A beautiful white house, all marble and glass. Just the craziest house you’ve ever seen, almost made for a television commercial.”

That house is “The Razor”, a stunning 11,000 sq. ft. architectural masterpiece located in the exclusive La Jolla Farms area of San Diego, California south of Los Angeles. The Razor provided the perfect location for Visa to achieve their vision for the “Back in Black” commercial.

The Razor is one of the ultimate expressions of exclusive modern luxury available in the world today and is a true one-of-a-kind architectural marvel. Designed by famed architect, Wallace Cunningham, The Razor is a work of art as much as it is a house. This stunning home located at 9826 La Jolla Farms Way in San Diego, California is currently for sale at $19.3 million.

Largely transparent with floor to ceiling glass walls, The Razor was designed to filter light in such a way that the home’s appearance and mood changes in spectacular fashion throughout the day. Even the infinity pool interacts with the surrounding elements to create stunning optical illusions.

To complete the black themed James Bond inspired vision, Visa enlisted California born and raised model, Donna Feldmam for the role in their “Back in Black commercial”. The result is a fabulous representation of a luxury lifestyle as defined by Visa Black Card.

The stunning visuals of the commercial initially convey the beauty and the mystery of a lifestyle that is set in a serene yet very exclusive luxury home. The incredible location and design of The Razor perfectly compliment the fast-paced explosion of high intensity action in the Visa Black Card commercial.

The Razor is a sculpture of gleaming polished concrete surfaces that captures the imagination. The jaw dropping visual impact of the commercial is dominated by the architectural significance of The Razor. The Razor and Black Card truly are for those who demand only the best of what life has to offer. 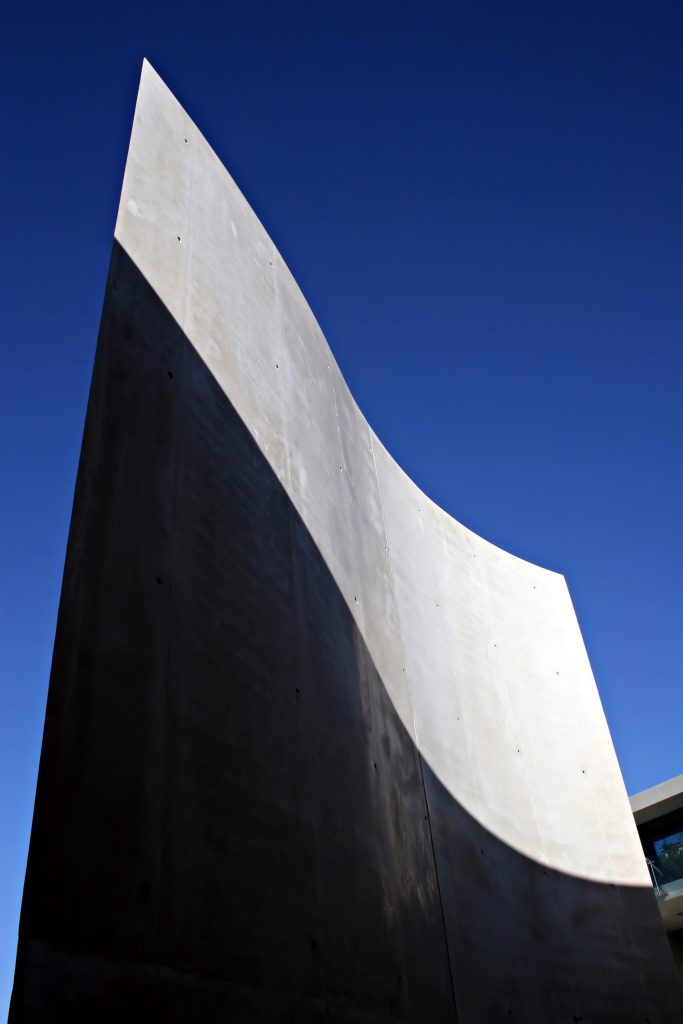 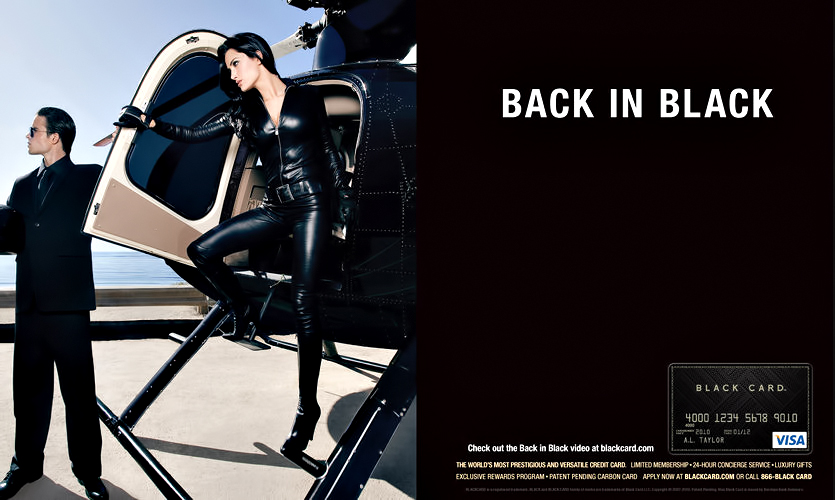 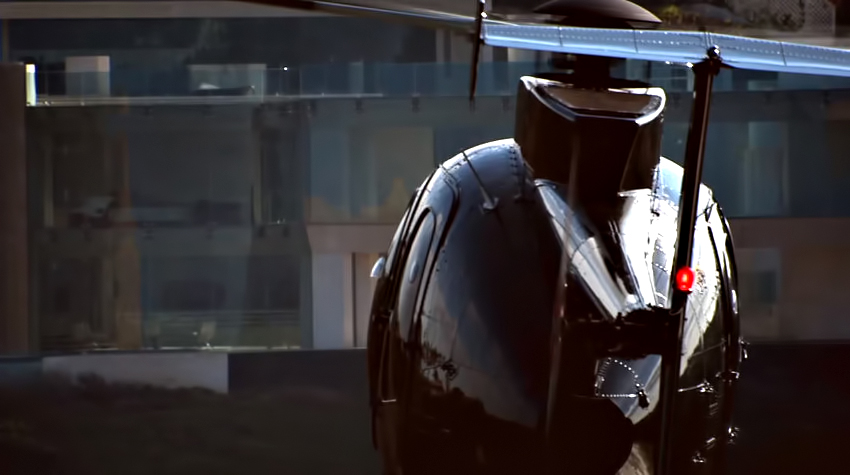 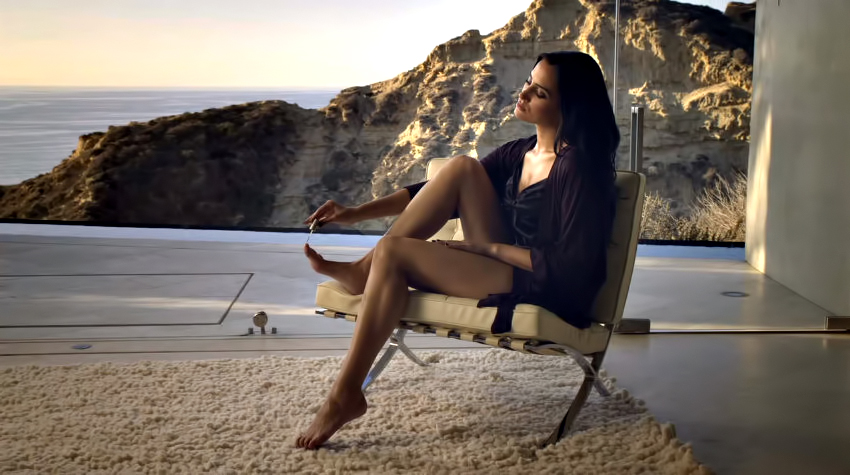 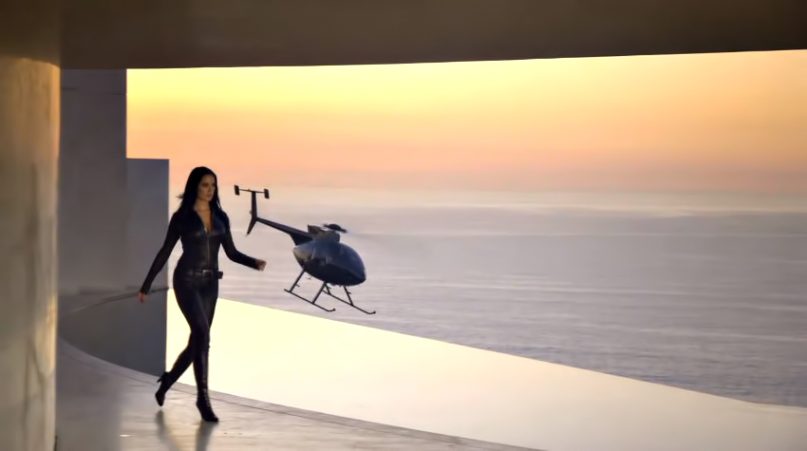 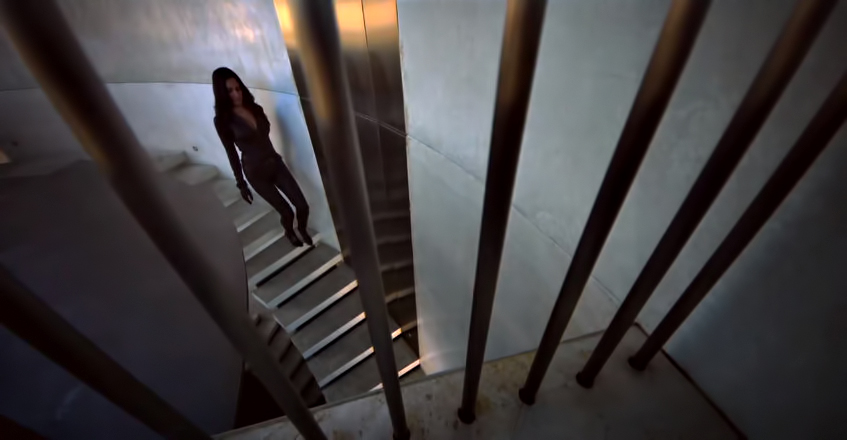 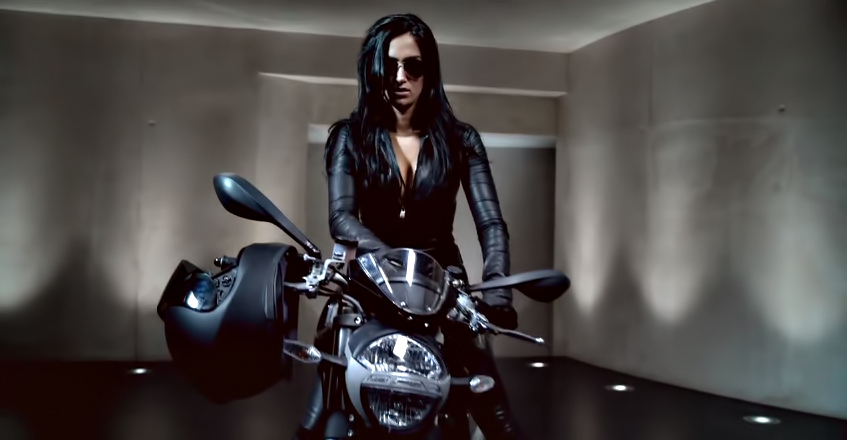 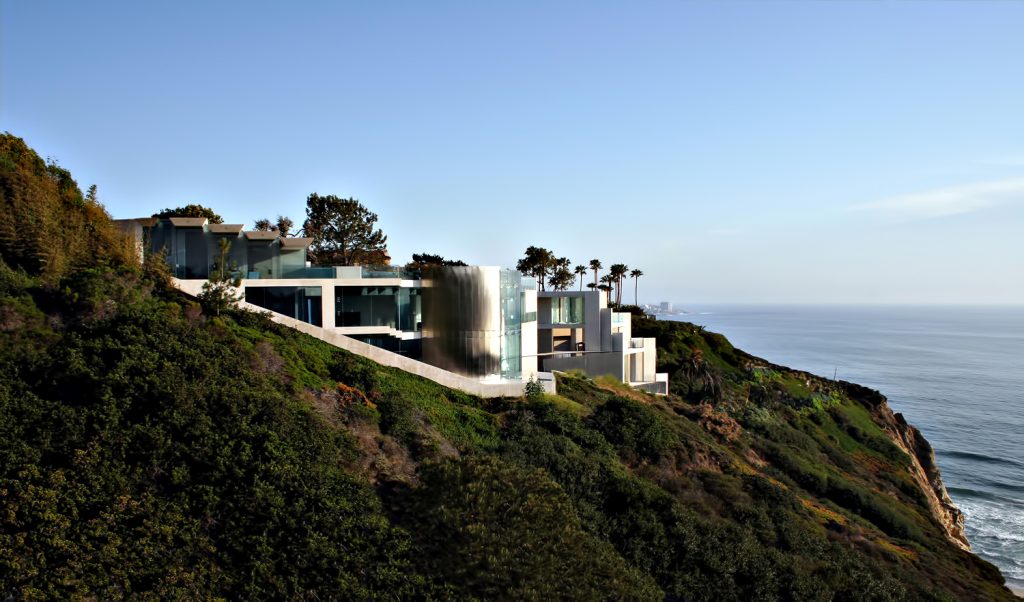