Nestled among boulders and rock outcrops, perched on the precipice of a deep, forested ravine in West Vancouver, Canada, House 4249 builds on the legacy of a West Coast Modernist style inspired by the works of Neutra, Ellwood, Koening and Erickson, with origins in West Vancouver beginning in the 1940s and continuing into the 1970s. Like many designs of these predecessors, House 4249 captures the spirit of openness and a connection with nature, both hallmarks of the Modernist movement in residential design at that time. Both the intrinsic differences and the links between the built environment and nature are simultaneously celebrated. By strategically merging interior and exterior, both visually and physically, the boundaries between the built and the natural are dissolved, and living spaces, while distinct in character, become directly connected to, and are one with, nature.

In response to the naturally random and chaotic forms of the site, House 4249 expresses a contrasting, highly ordered, form of solids and voids. This ordered logic is achieved through a simple series of overlapping planes. Both vertical and horizontal, these planes form, in a very fundamental way, the organizational structure of the uses within. Expressing simplicity, thin, floating planes of the composition required a more innovative structural solution – the first of its kind in North America. With the use of this Cross-Laminated Timber structure, the house was free to express plane profiles capable of being visually unsupported as well as cantilevers that extend farther and thinner than would otherwise be possible in steel or concrete. The erection of this pioneering CLT project in North America was completed in a mere six days, allowing the house to take form much quicker and with less disturbance on this sensitive natural site than with traditional means of framing.

By addressing the challenging and steeply sloping site with a tactful ordering of horizontal and vertical planes combined with innovative structure, House 4249’s composition of positive and negative forms, overlapping and emerging from each other, organize the spatial volume and give the house both its interior focus and its outward connections with nature. 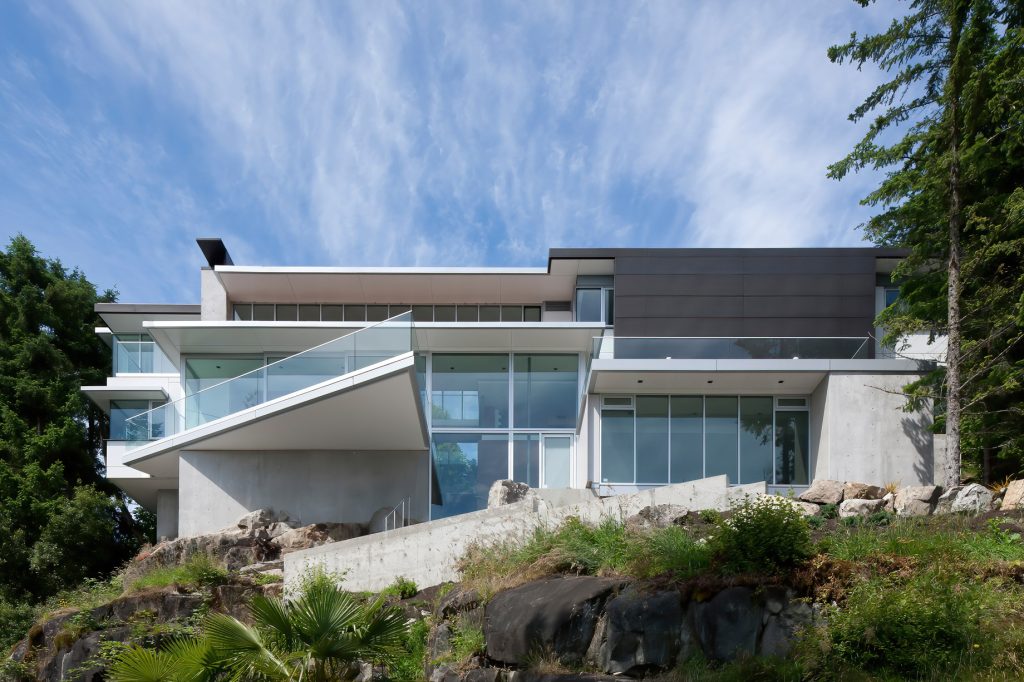 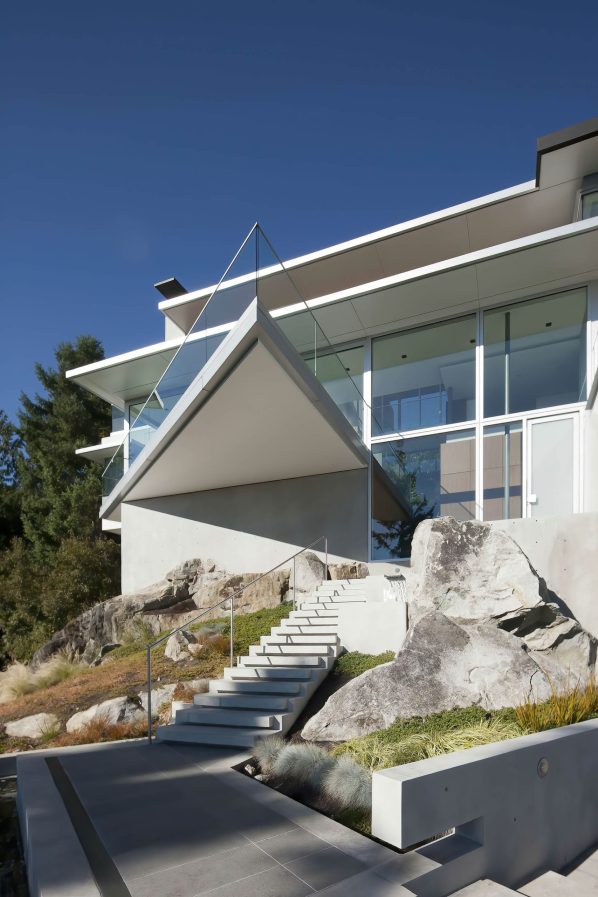 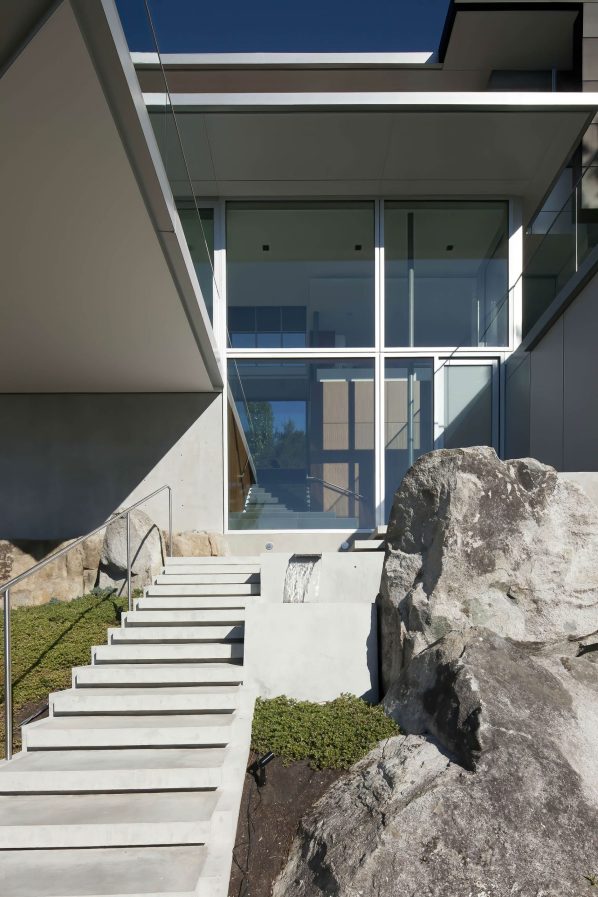 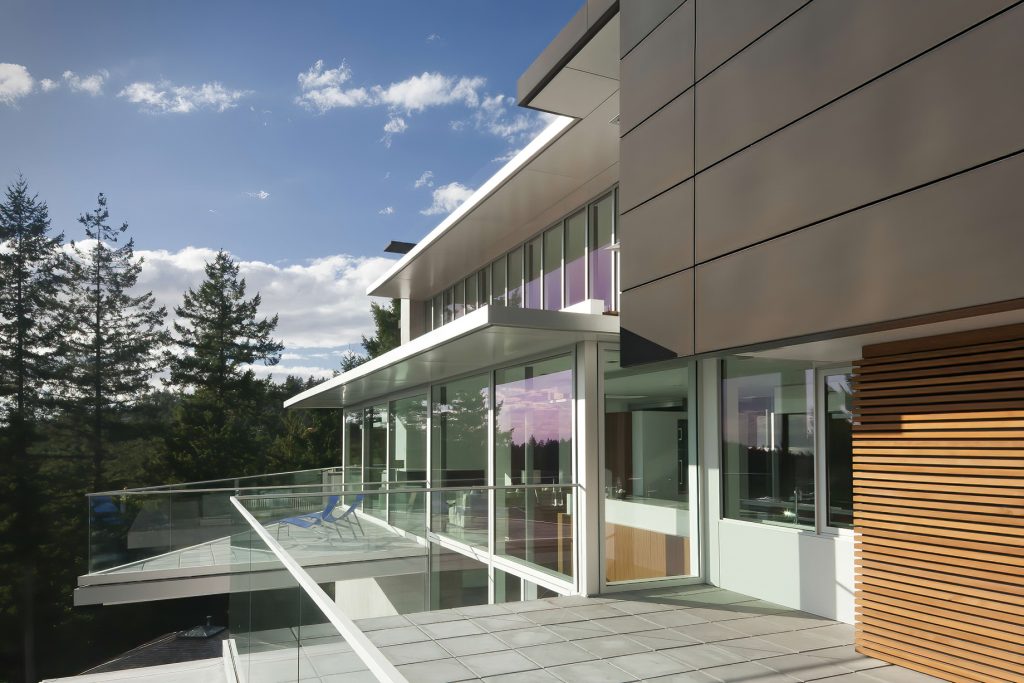 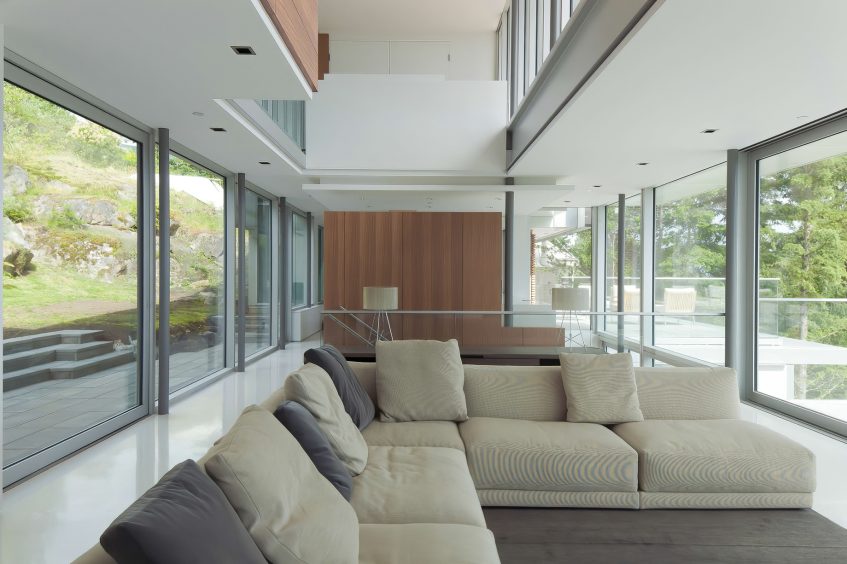 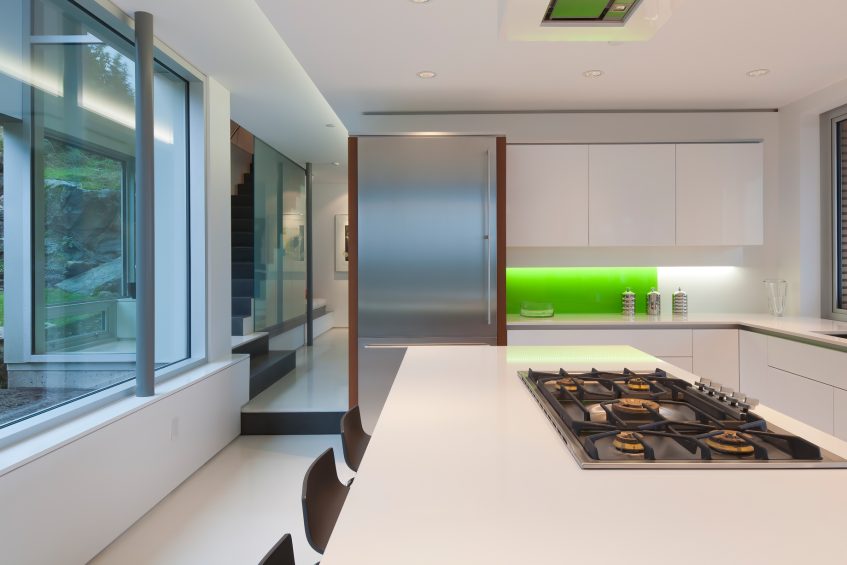 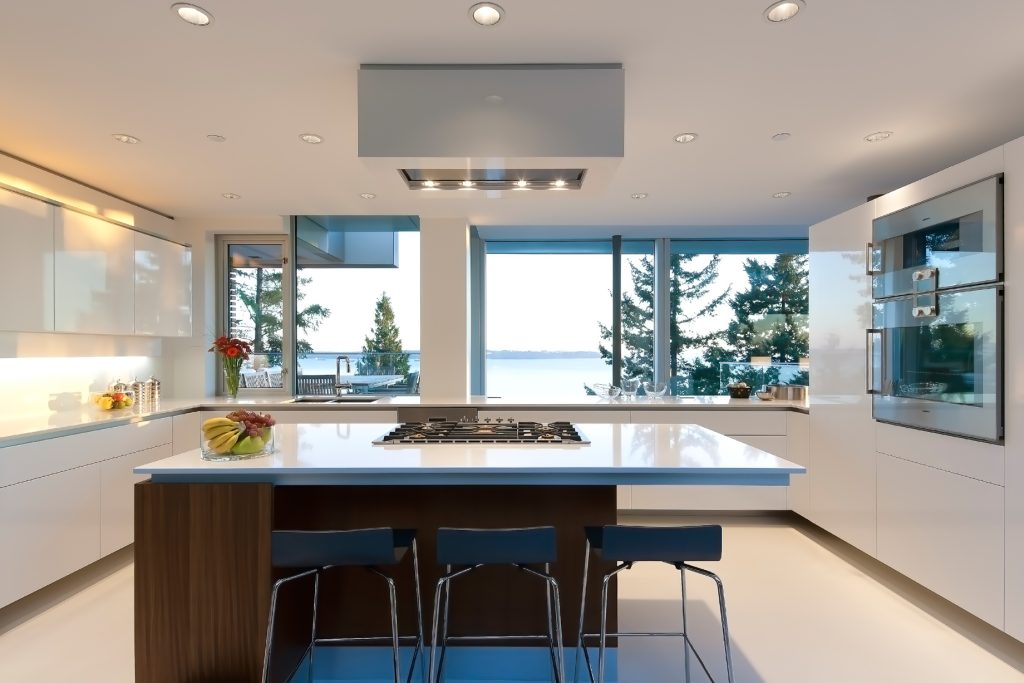 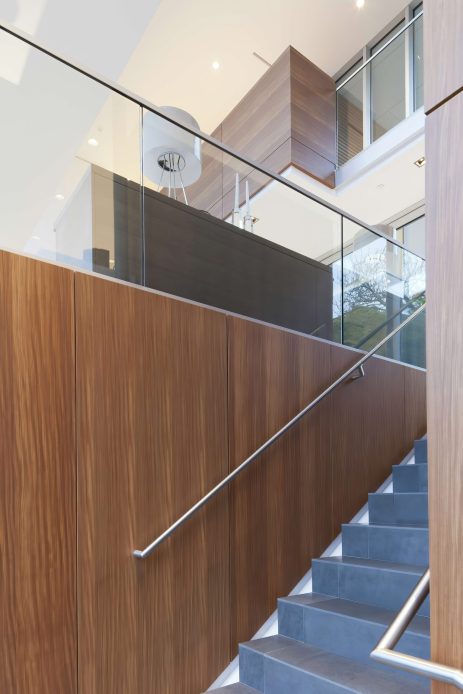 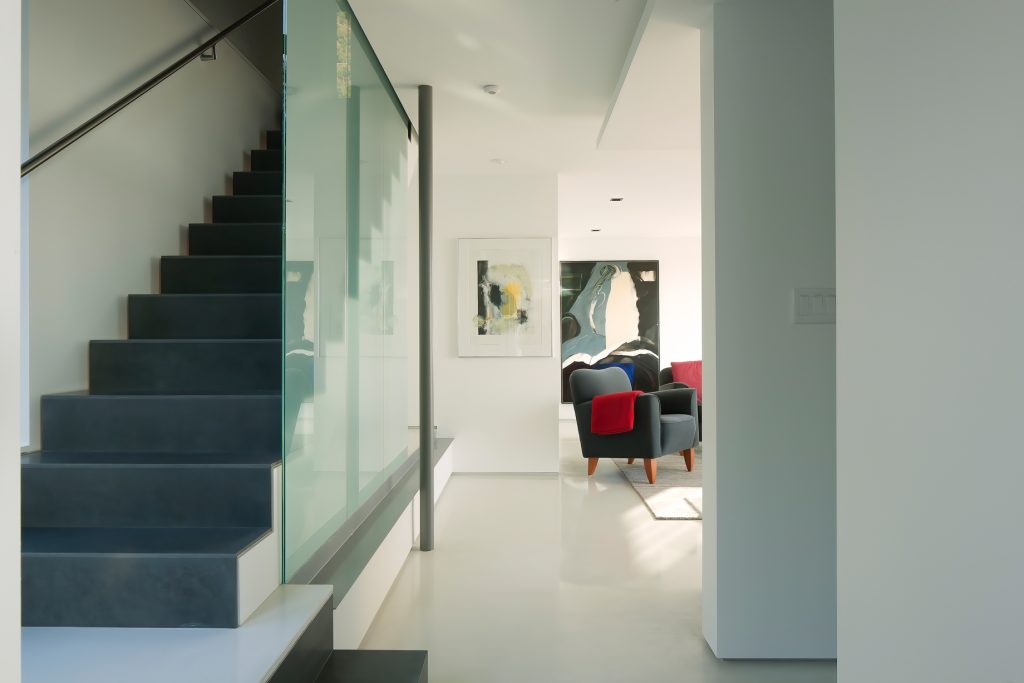 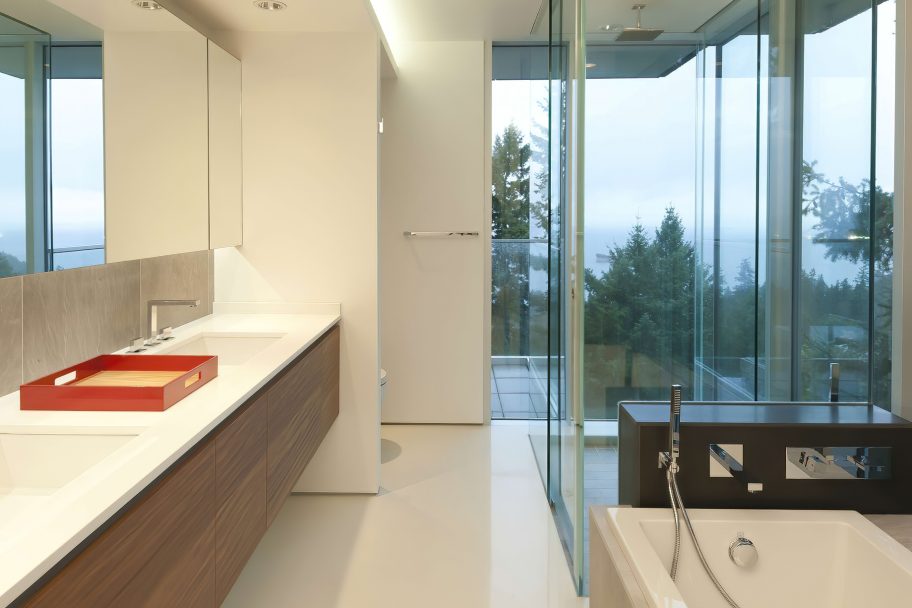 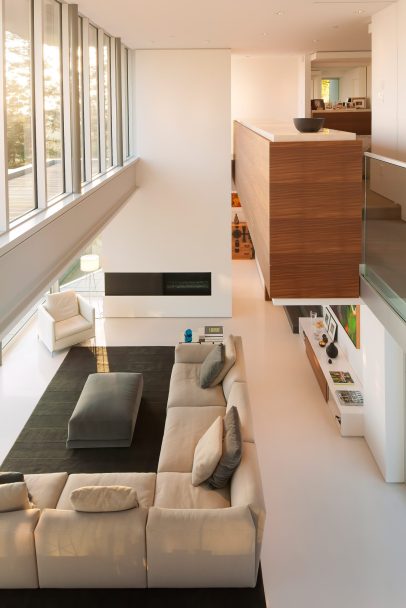 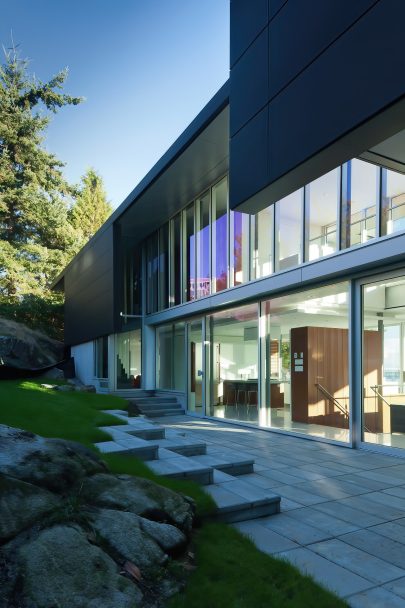 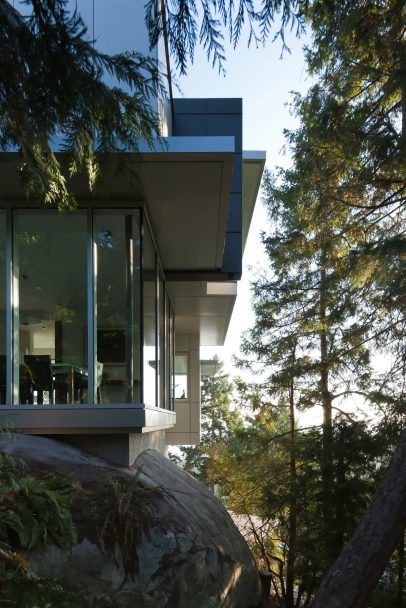 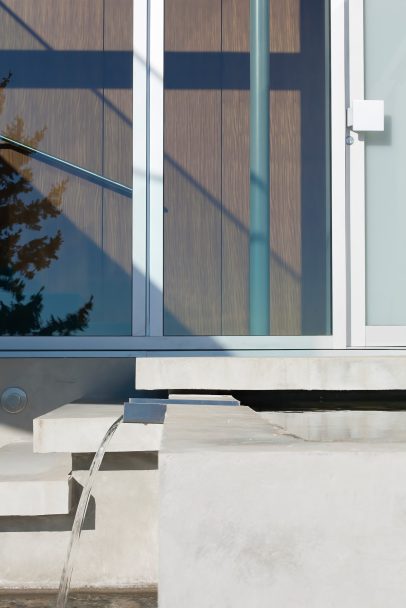 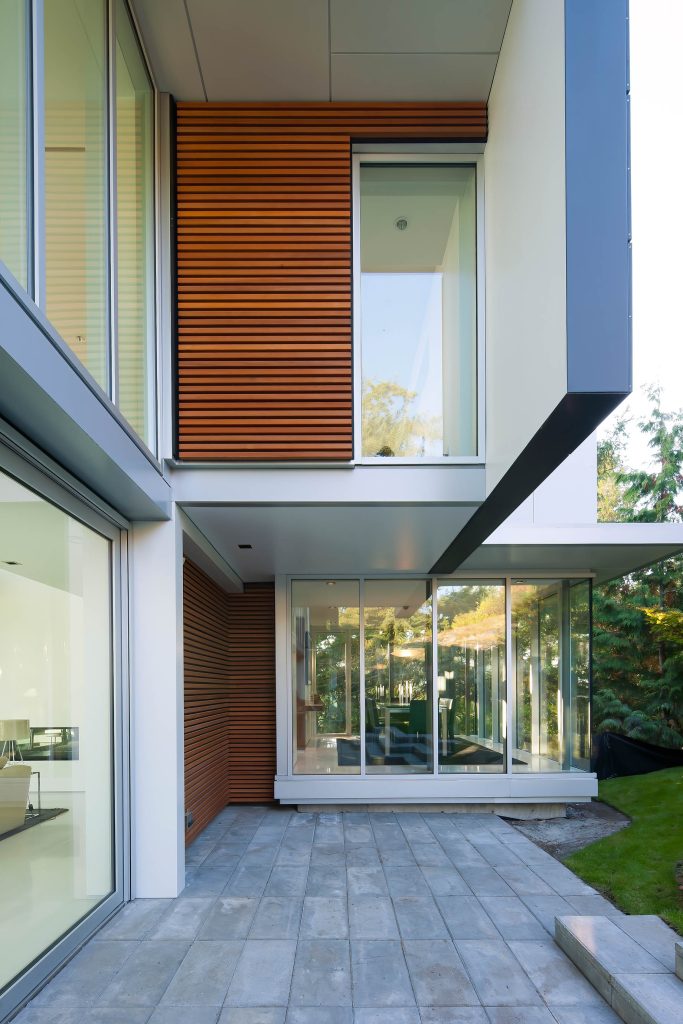 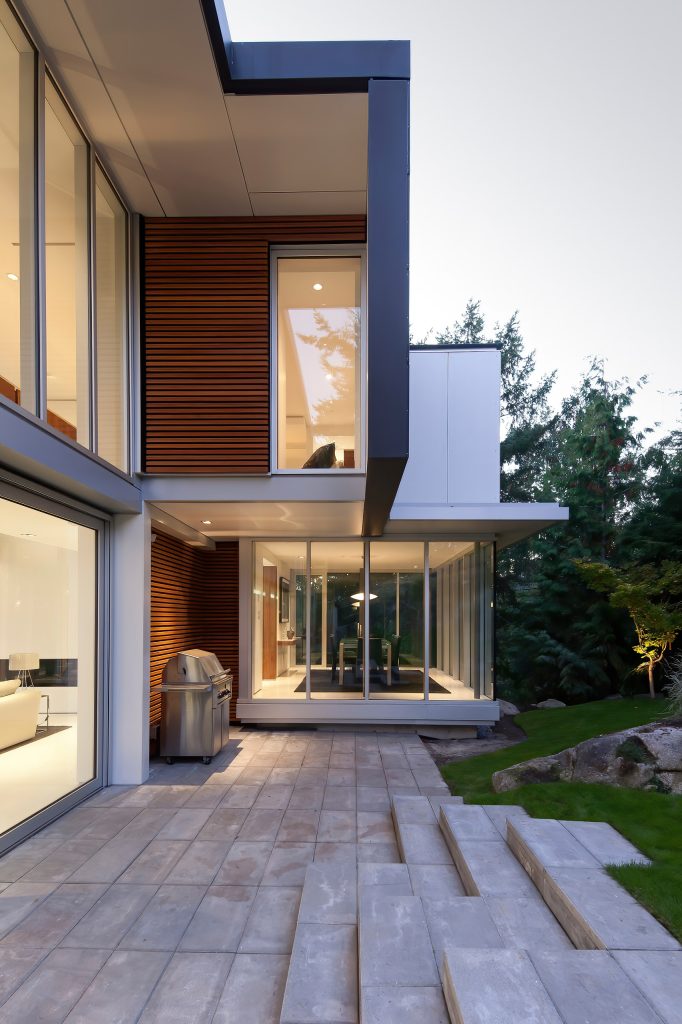 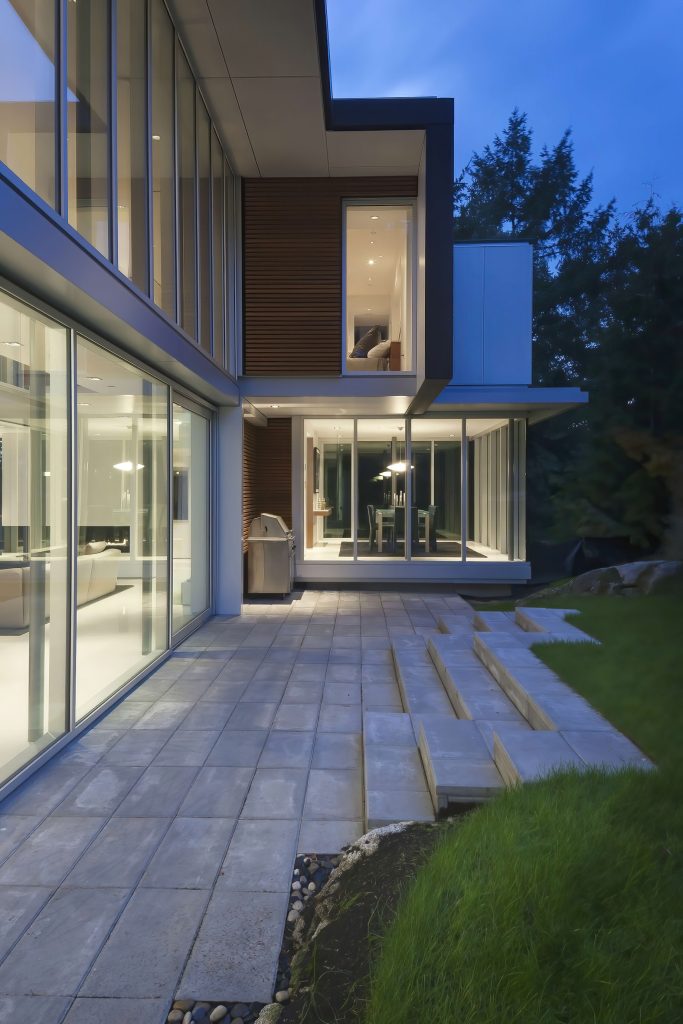 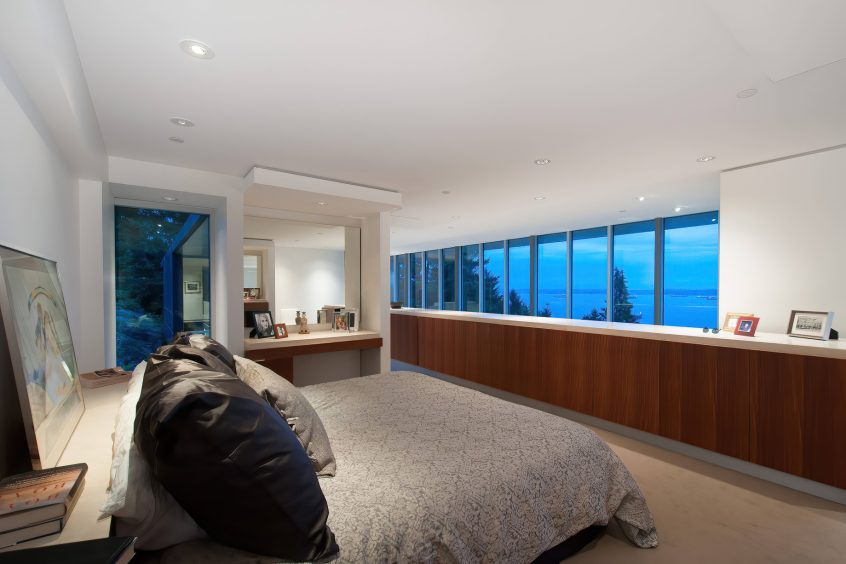 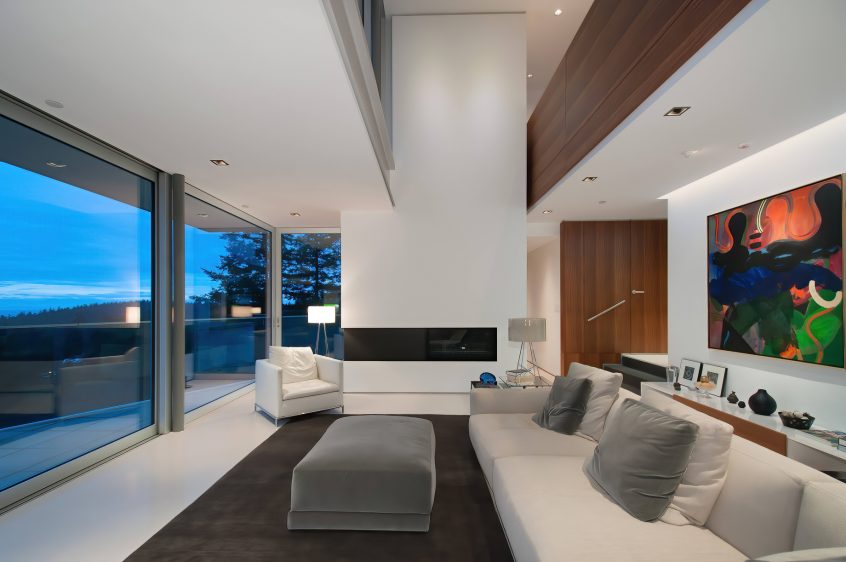 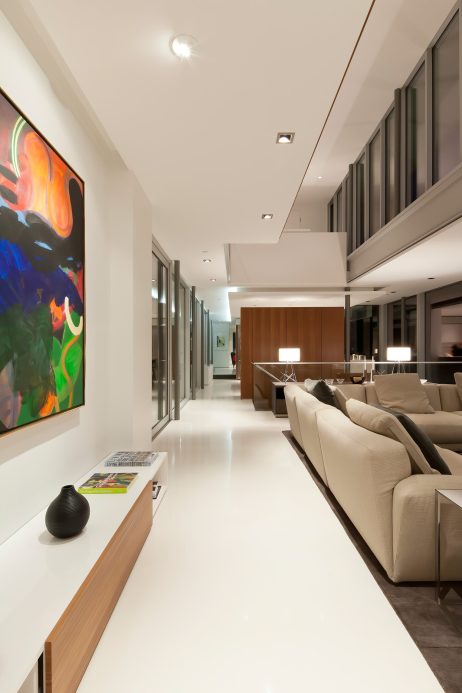 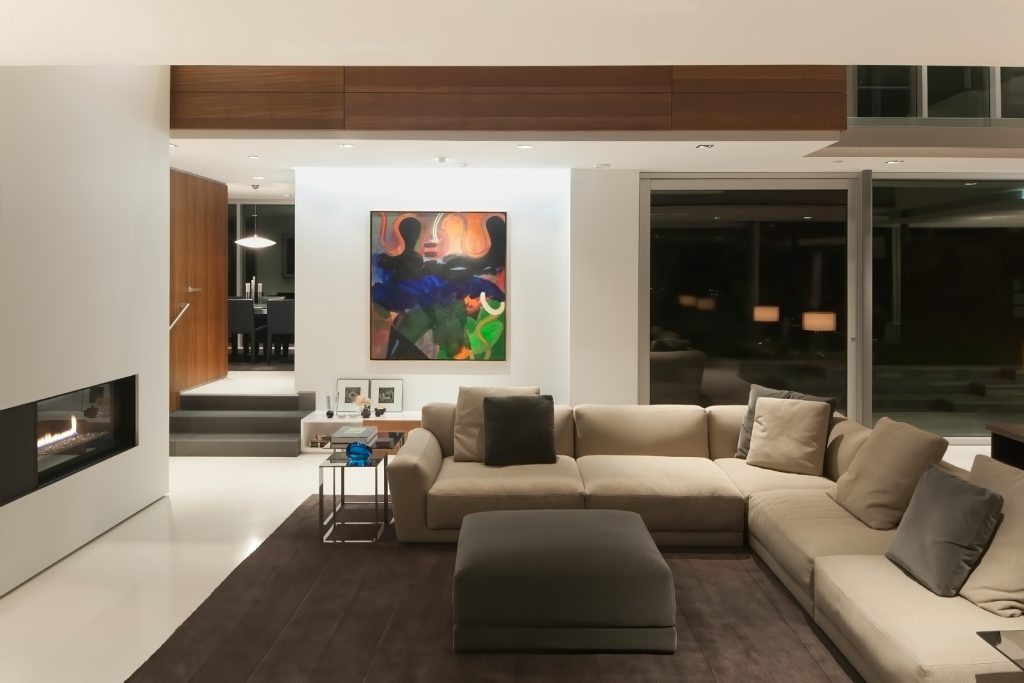 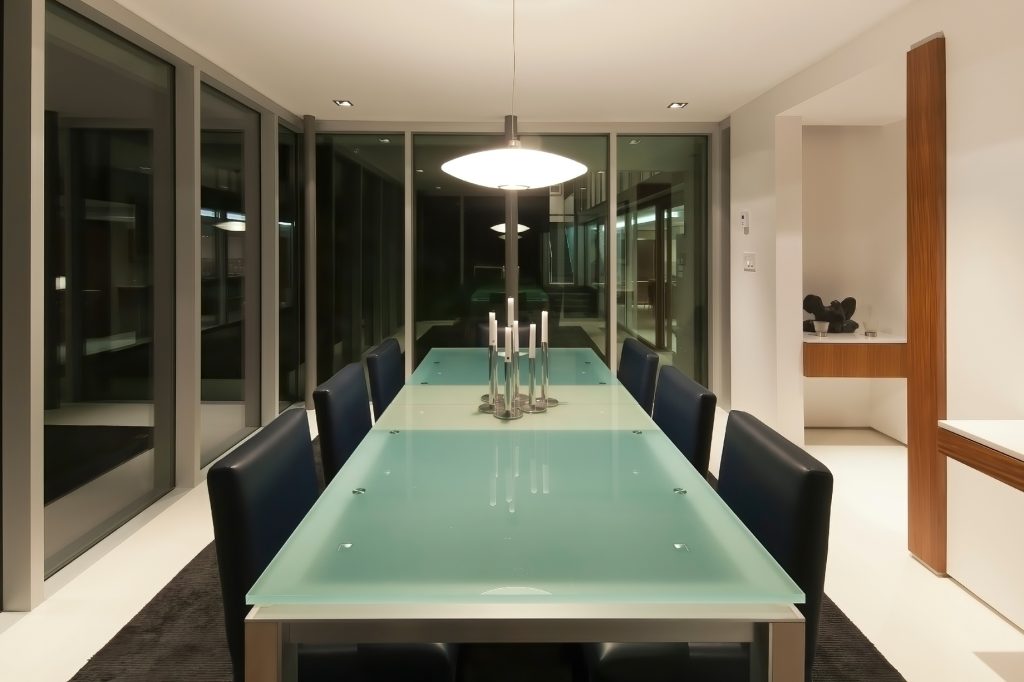 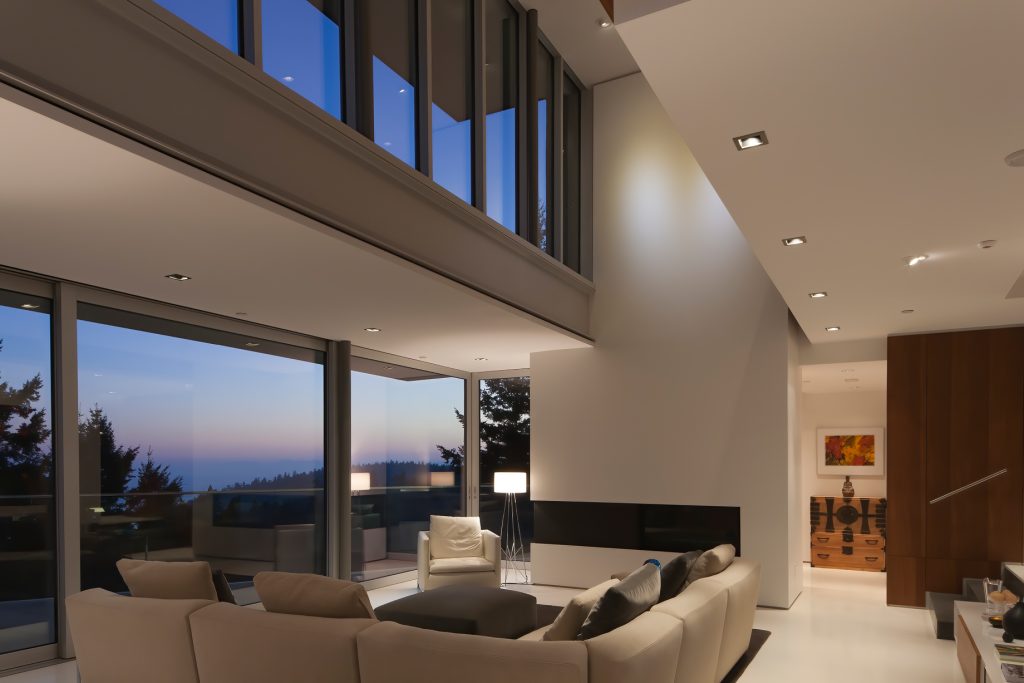 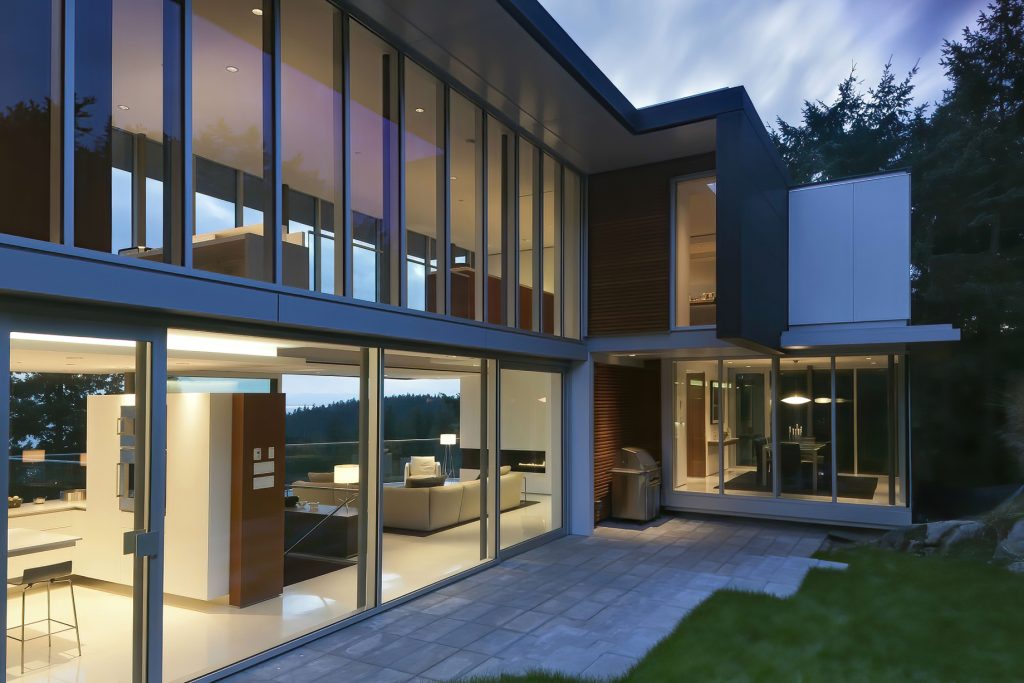 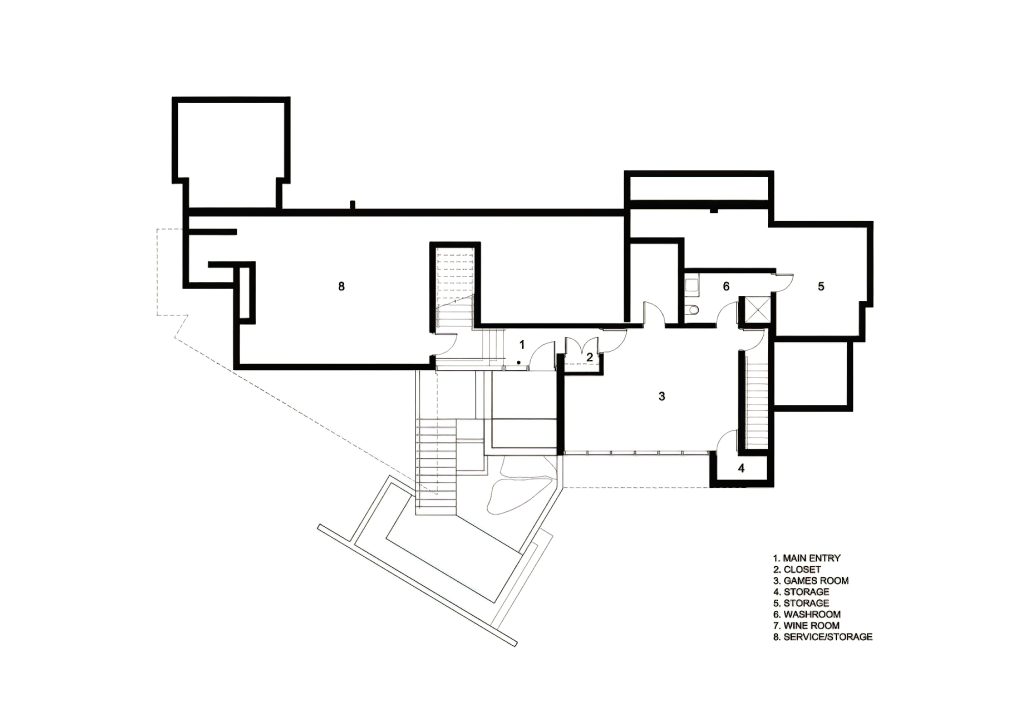 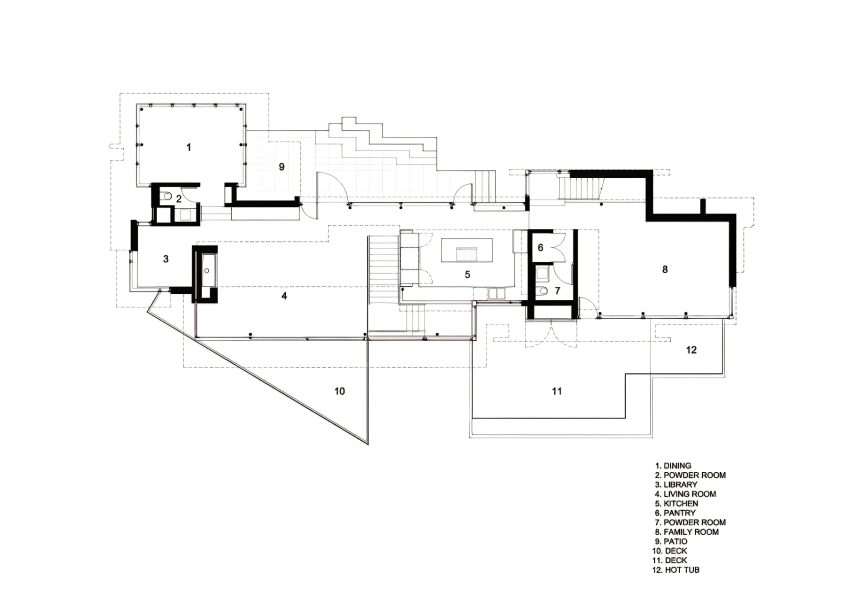 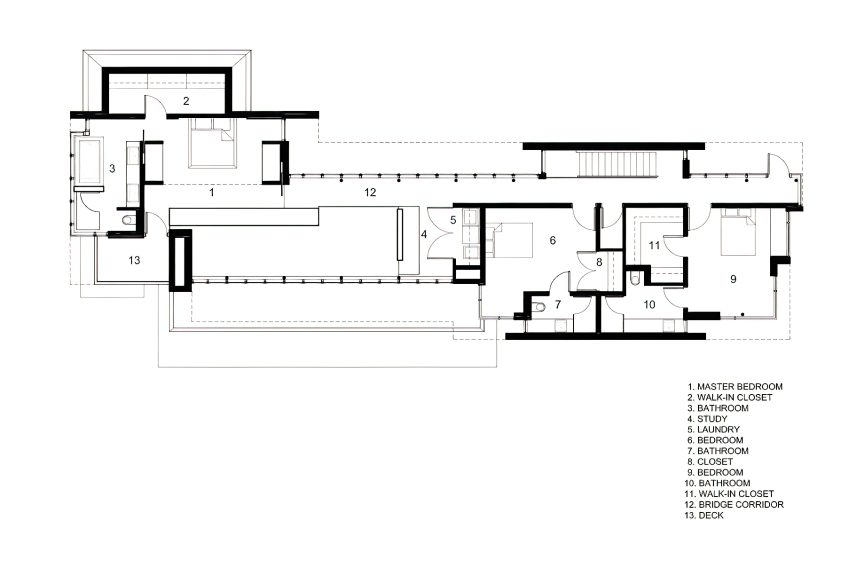