Solemn, serene and simply spectacular, like a house cast in liquid stone, the Khopoli House represents an honest, calm and collected balance between minimalistic architecture and nature. Set in an area of high precipitation with monsoons, and equal heat during the summers, this sensational residence is located at the start of the Western Ghats in the highlands of Khopoli in Maharashtra, India. Formed as an element of its Basalt environment, this resolute manse is an inimitable representation of a space that is minimal yet sculptured.

Built as an accretion on a rocky basalt outcrop with the same inherent onsite materials transformed into a house as an outgrowth of the land, which was made of a mix of water, sand, cement and the granular basalt. The concrete home was finely honed to serve as refuge, to face the climatic changes that the site offered. The house was conceived as a cast for human occupation, a refuge which trapped the views, the sun, the rain, the air, and became one with the cliff edge it stood on. Akin to the growth of a coral, the substance of the walls and roof dictate the experience of inhabiting the site.

Stone has been used in many forms in the residence, based on use, wear, grip, texture. The dark saturated black matt-ness conjures a cool sense of refuge and calm. Photographs cannot express the sense of weight when one approaches, or the sense of release at the edge of the pool at the far end of the open terrace, the feeling of burrowing deeper enroute, past the stacked stones, to the lower bedroom.

The house, a cast, an object for living, whatever you may call it, has transformed into a belvedere to minutely observe and sense the spectacle of nature, of shade as a retreat against the sharp tropical sun, the resurgence of life, a sudden burst of green, when the hard pounding monsoon arrives, the waft of breezes filling the air with the fragrance of moist earth, the movement of stars across the very dark night skies. This is truly more than a home; it is a place of serenity and peaceful reflection. 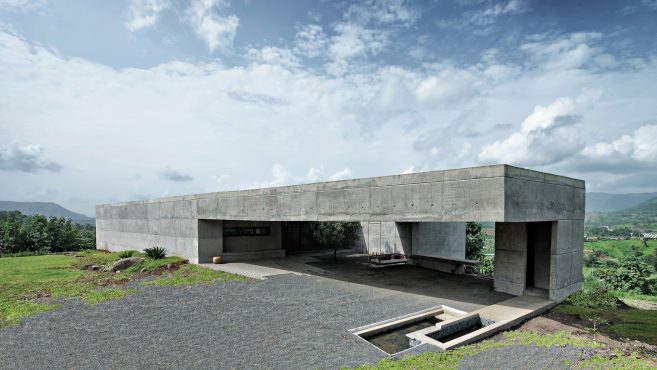 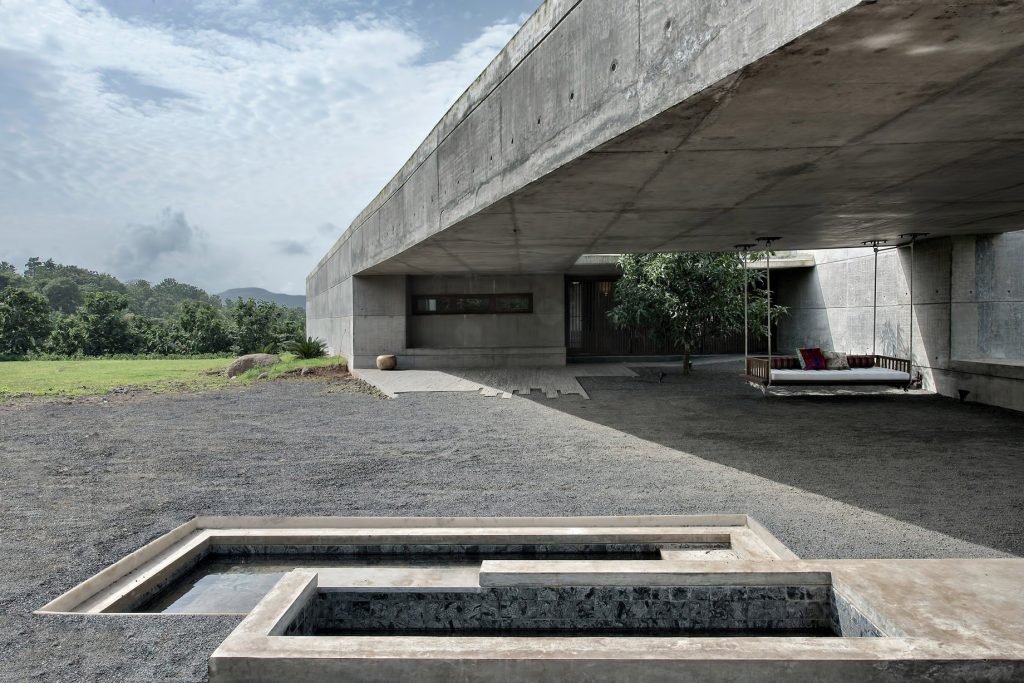 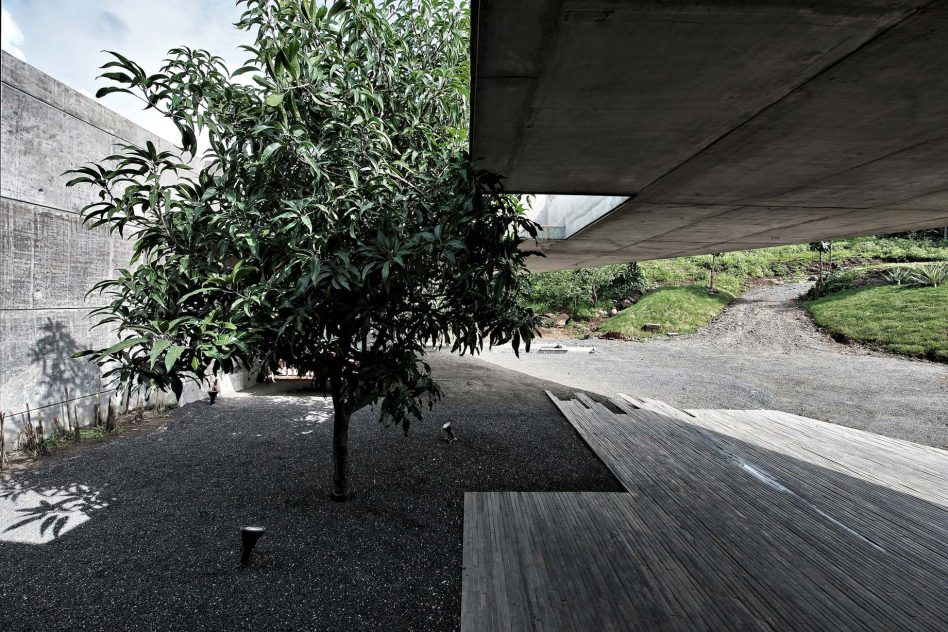 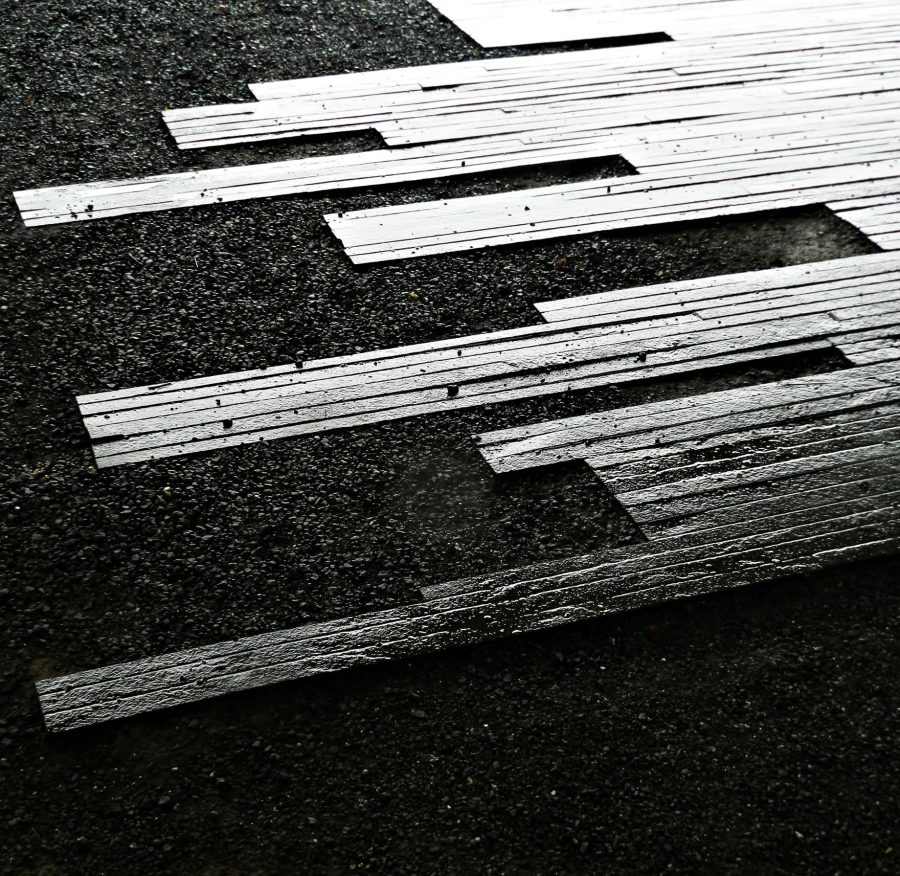 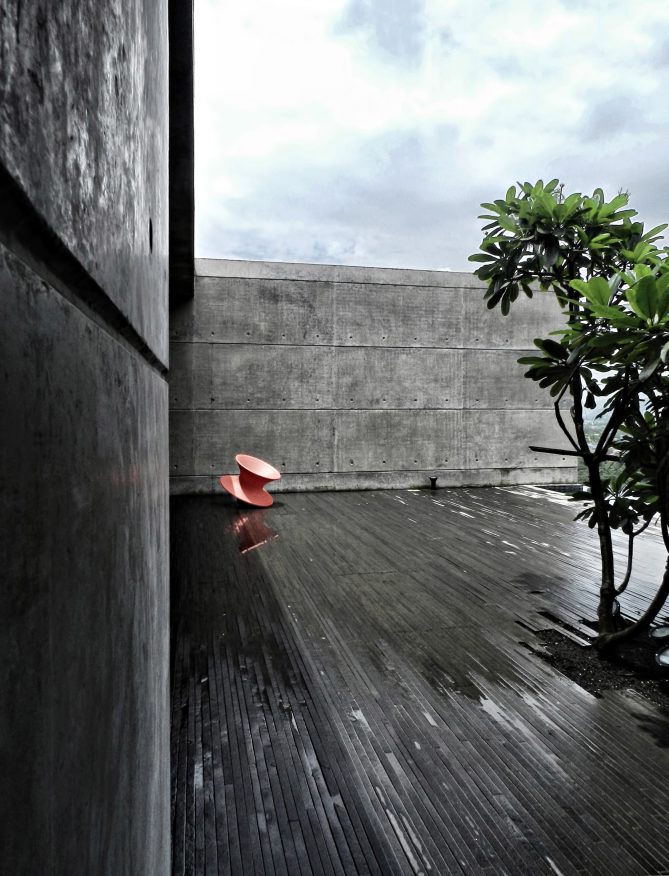 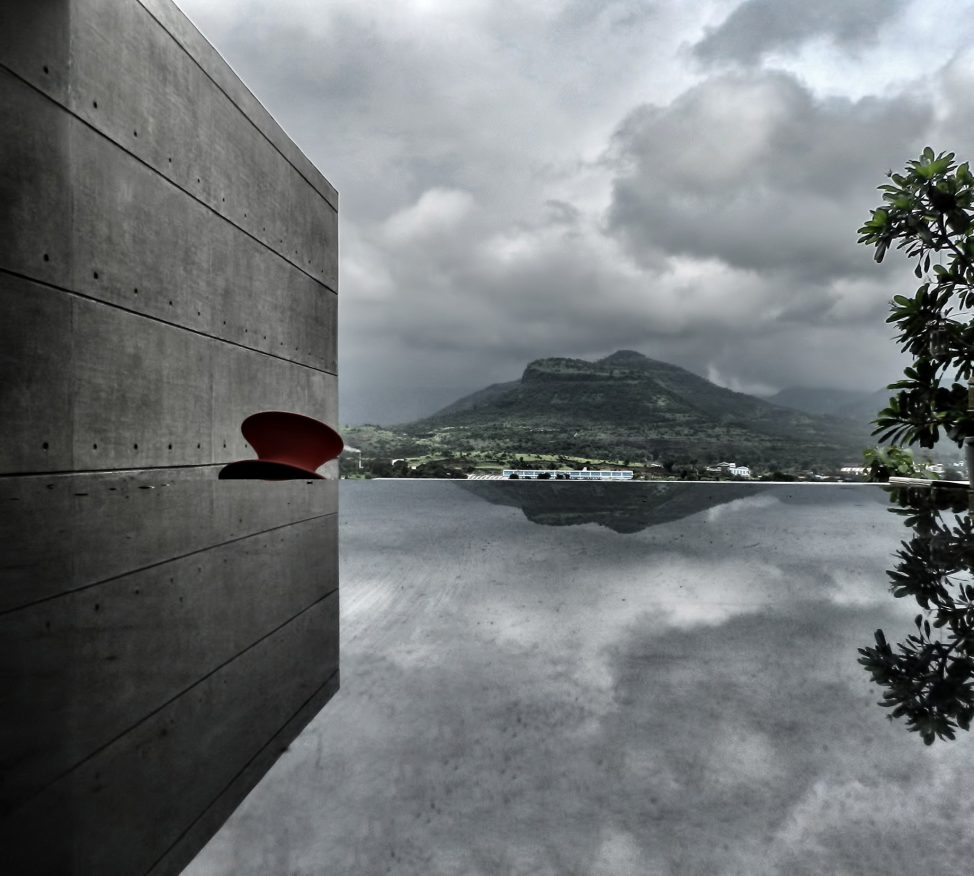 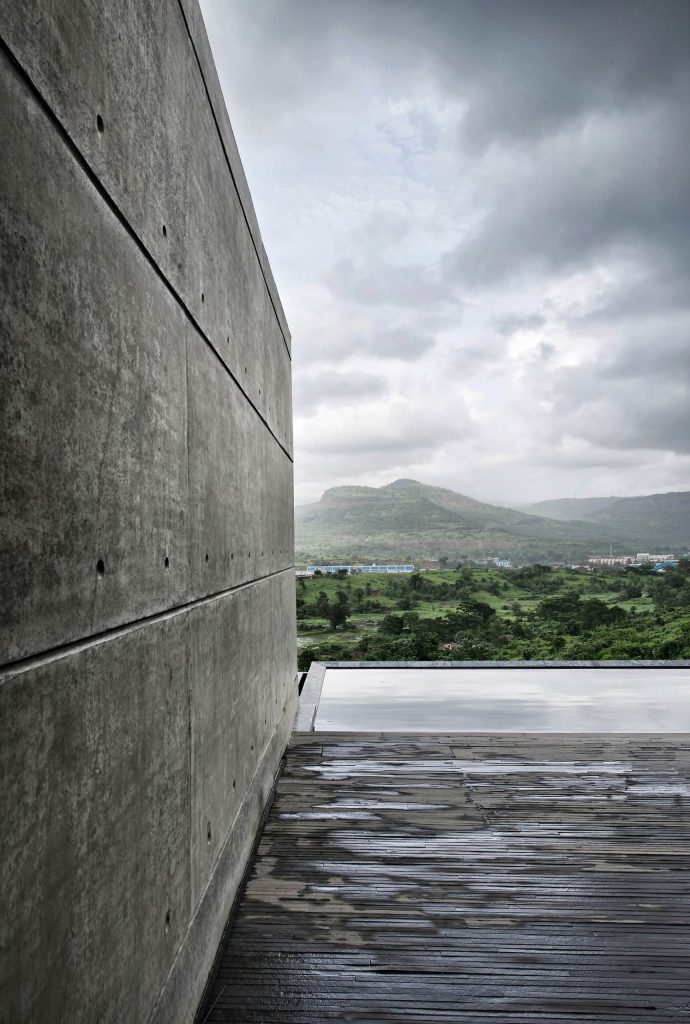 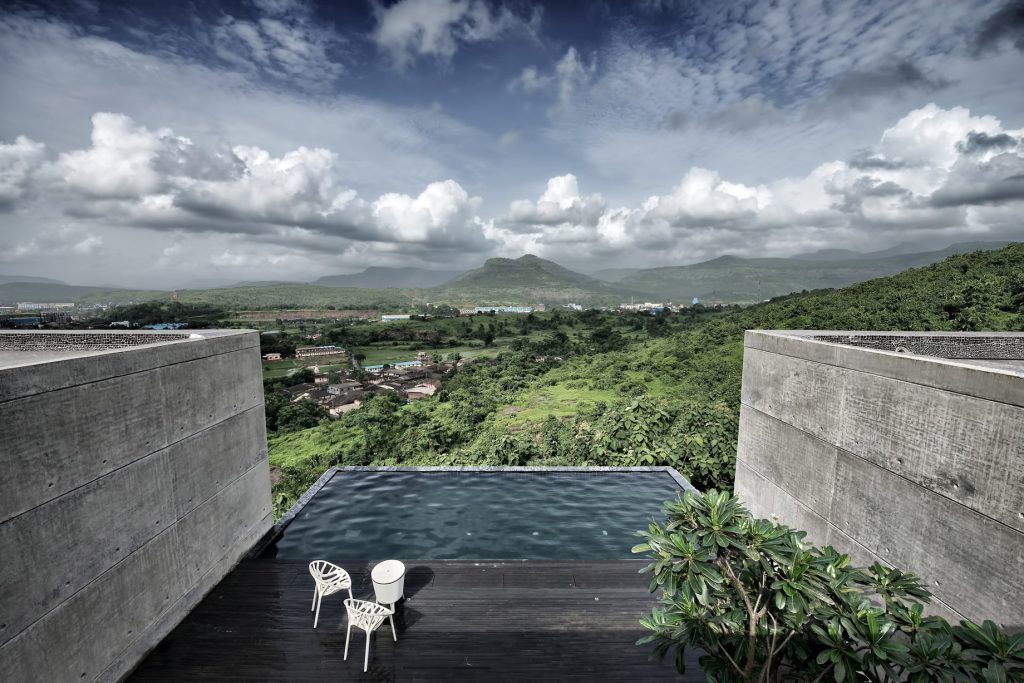 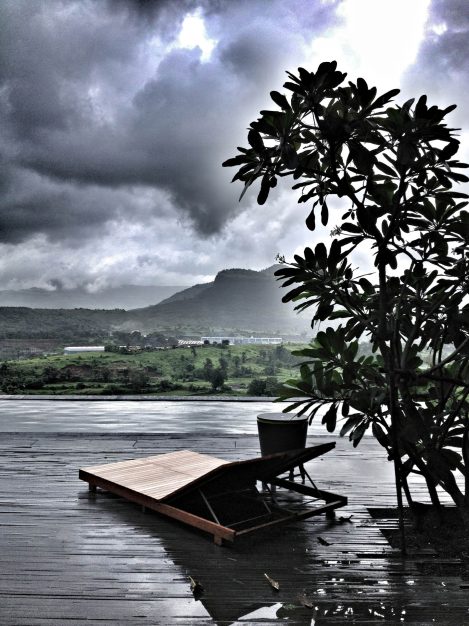 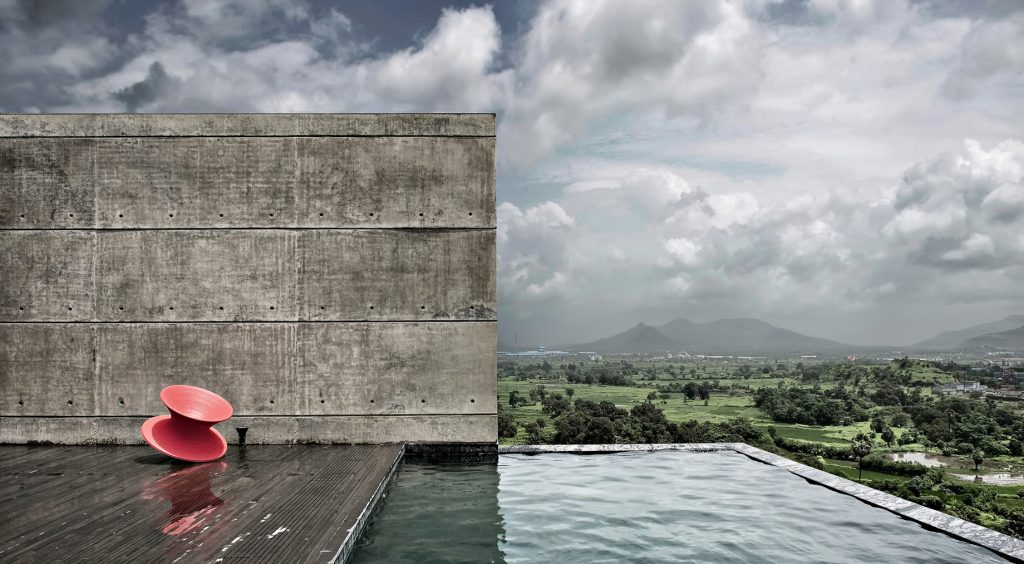 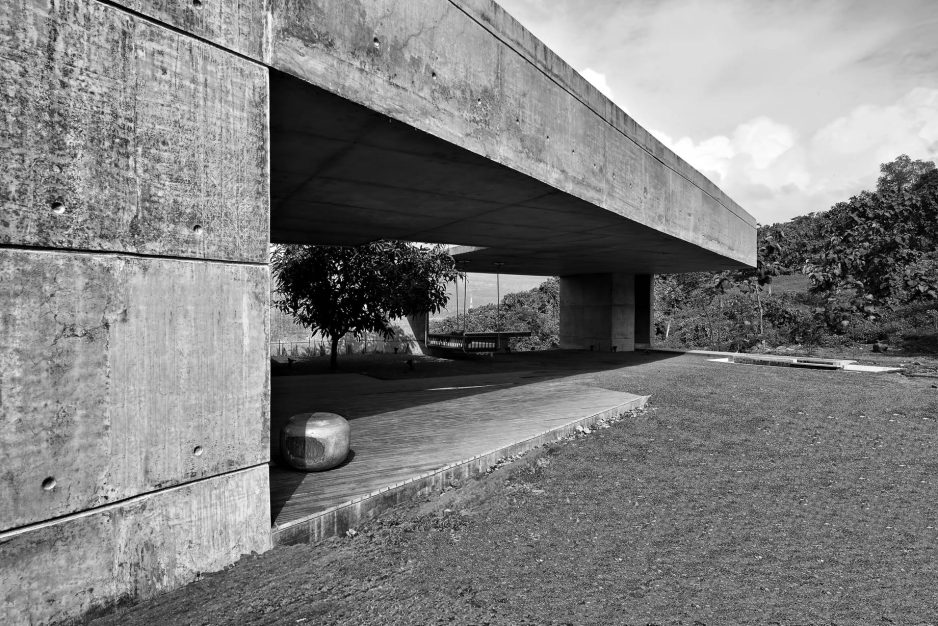 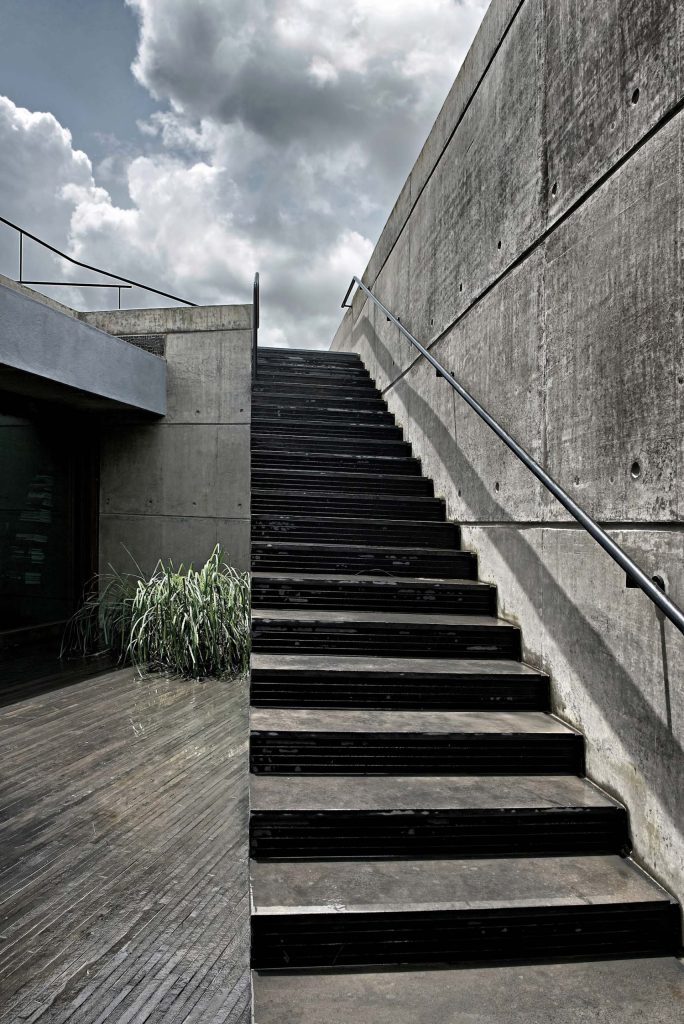 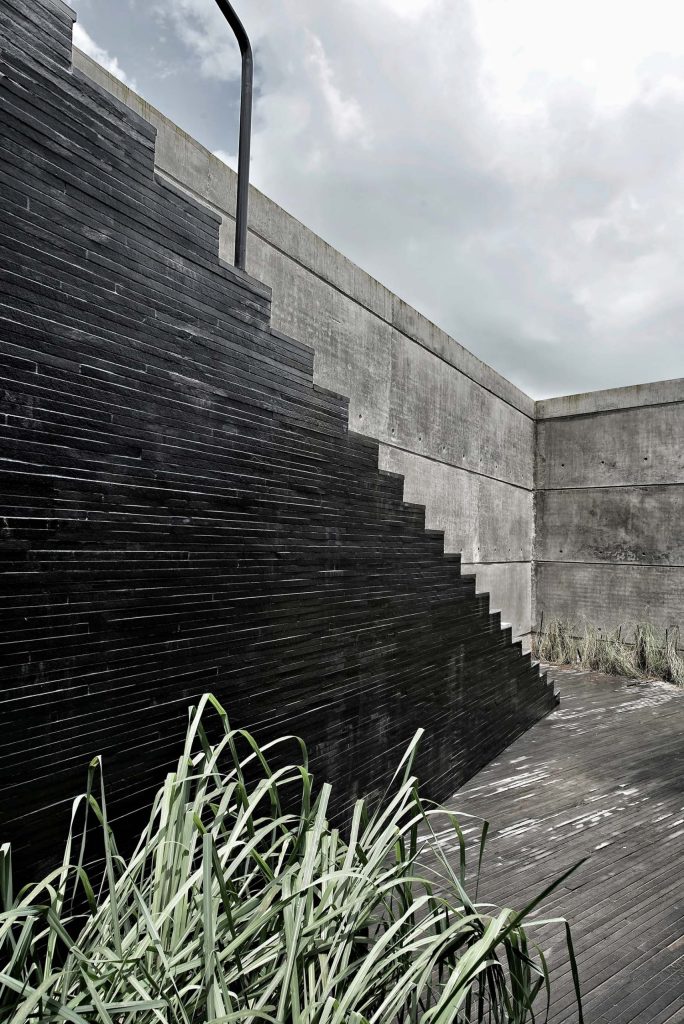 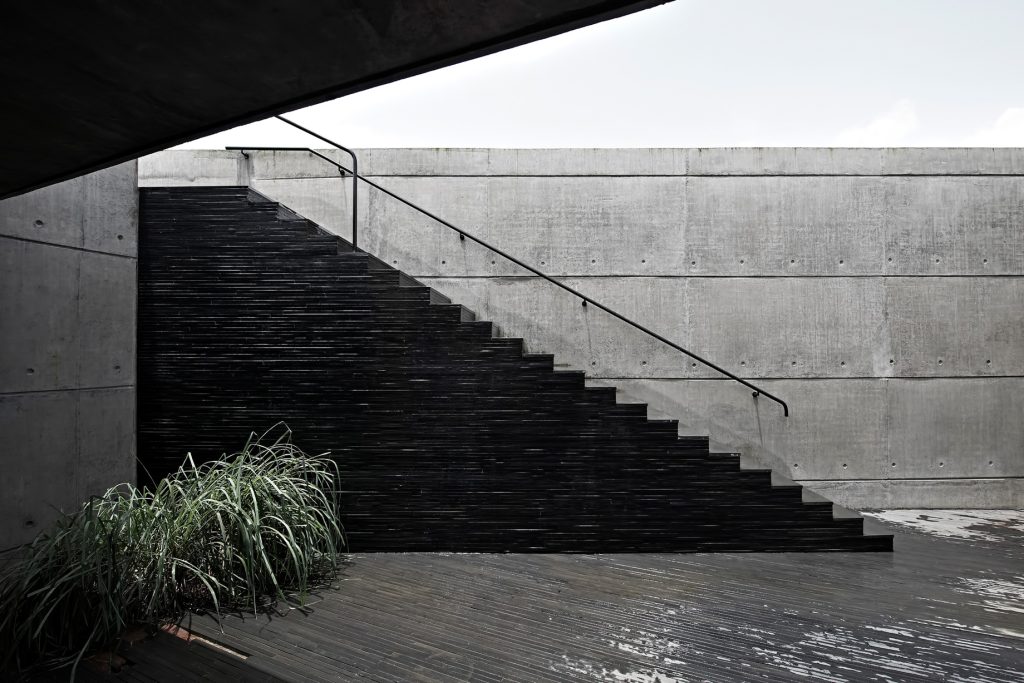 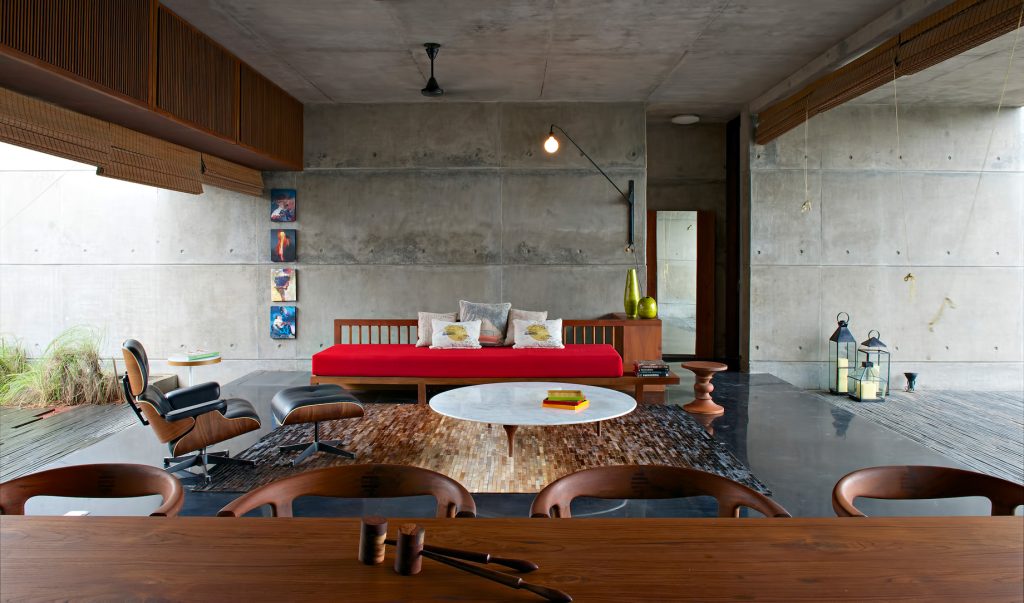 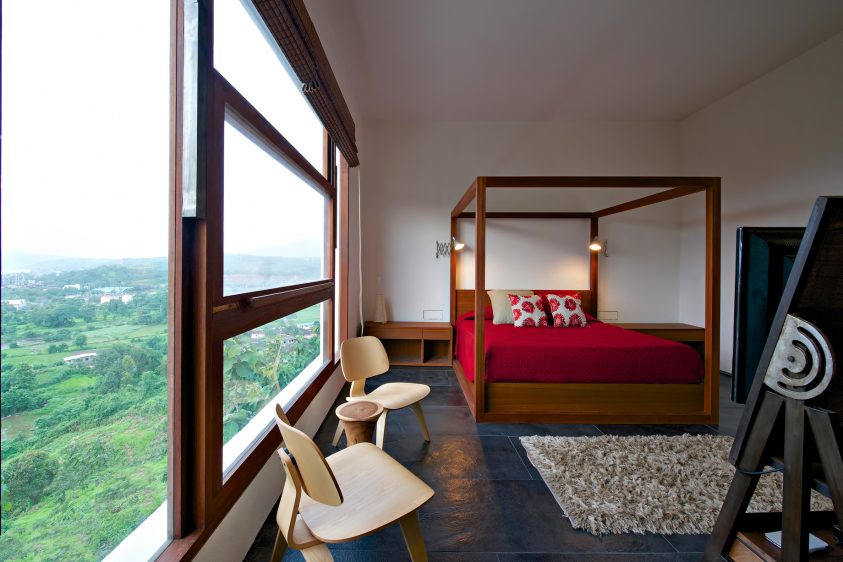 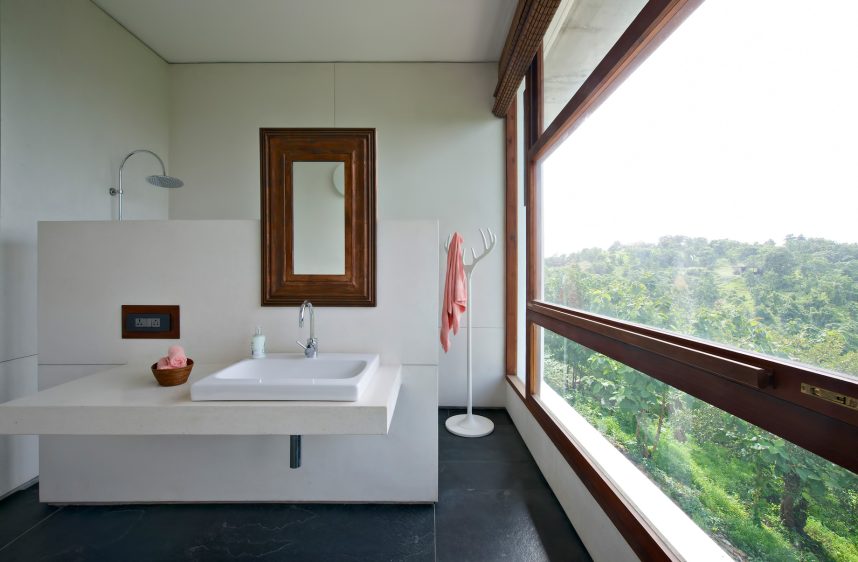 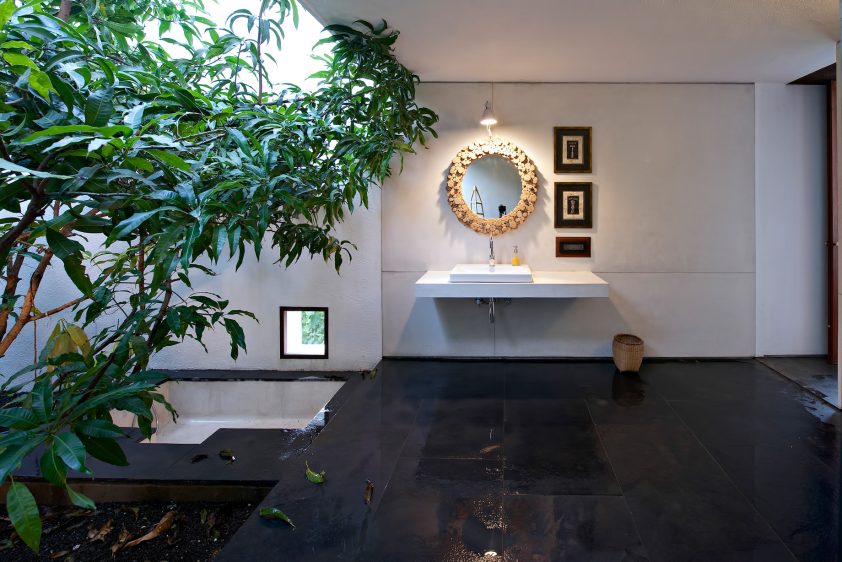 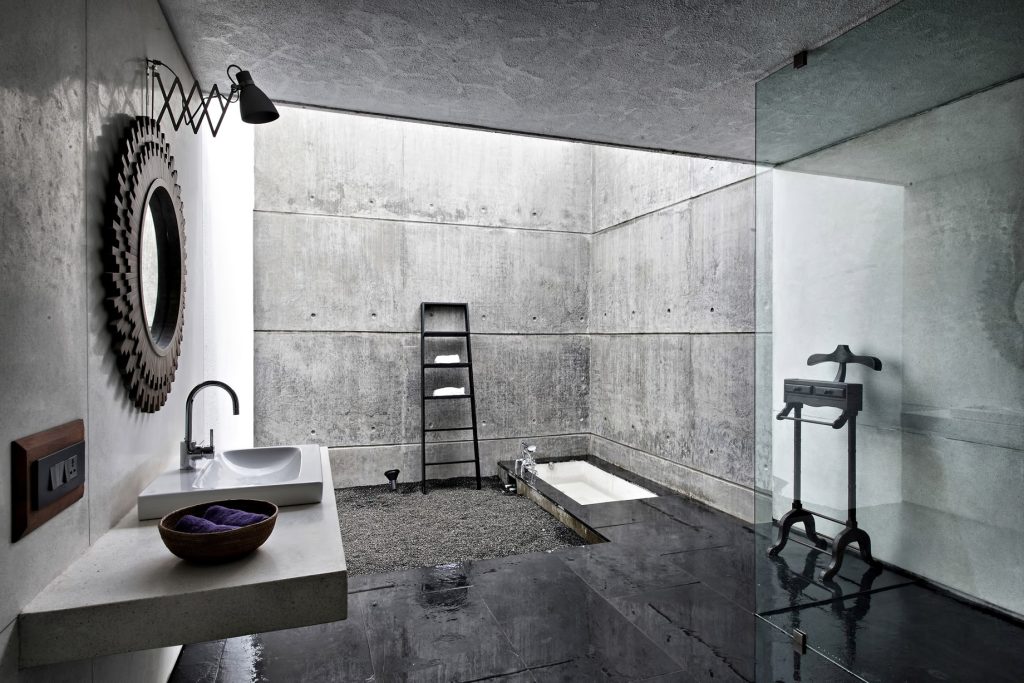 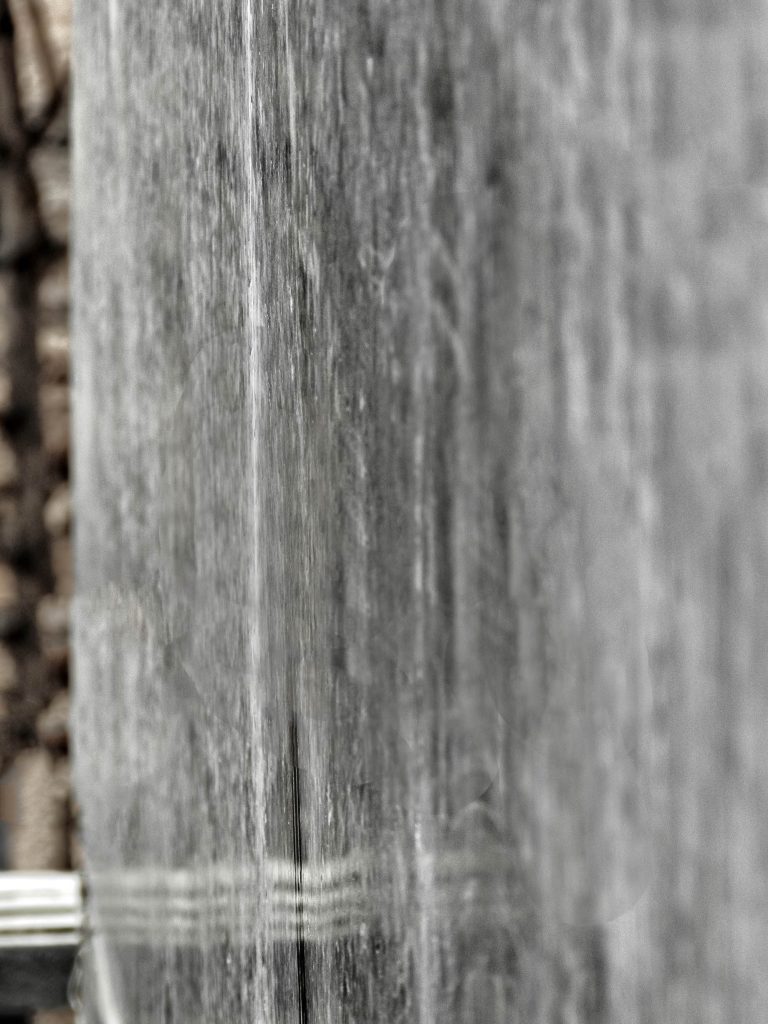 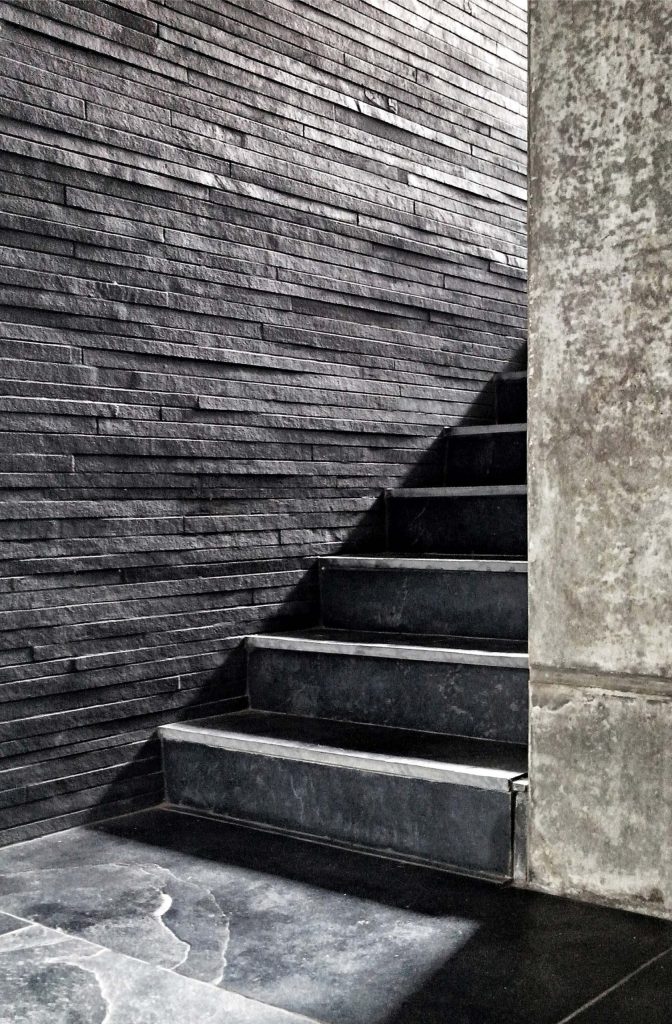 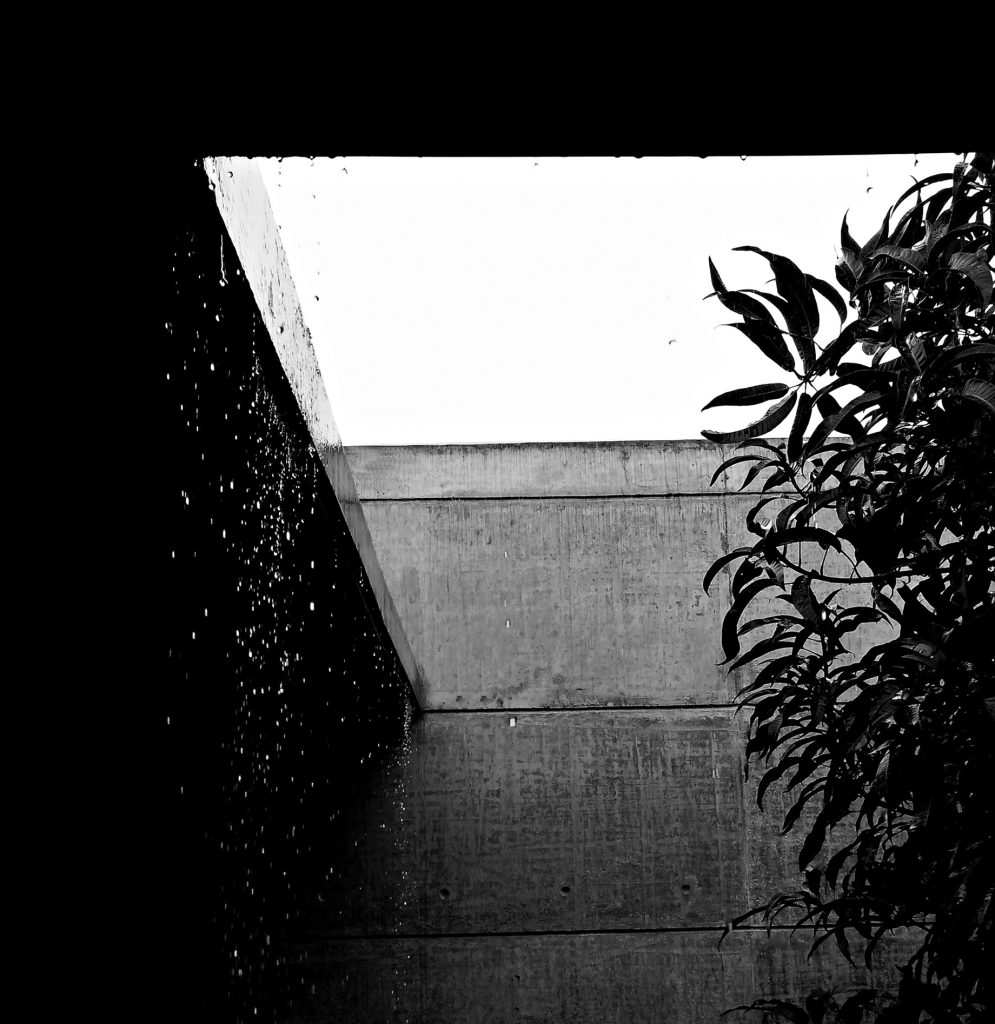 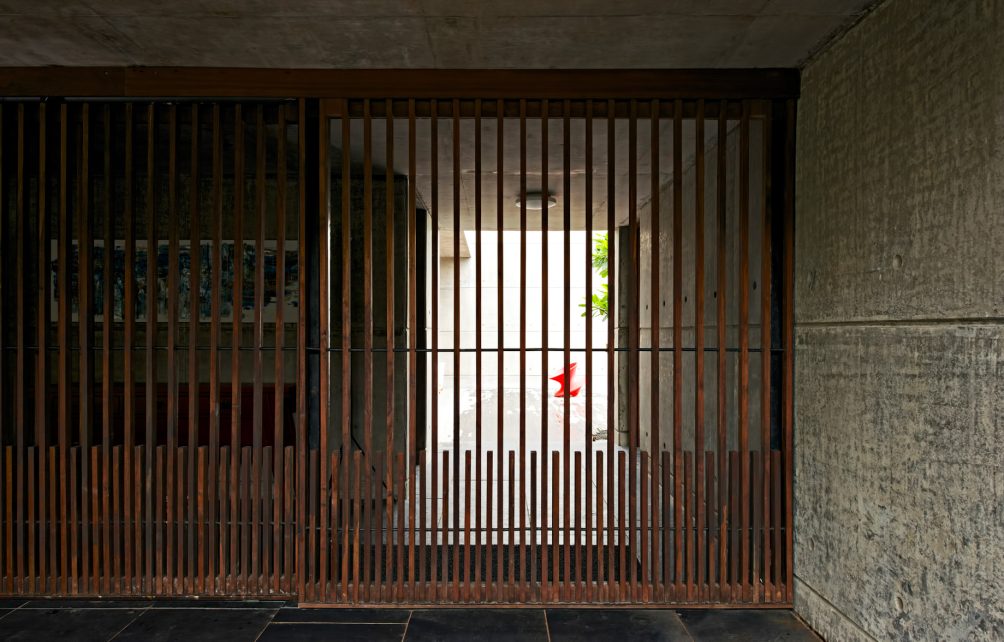 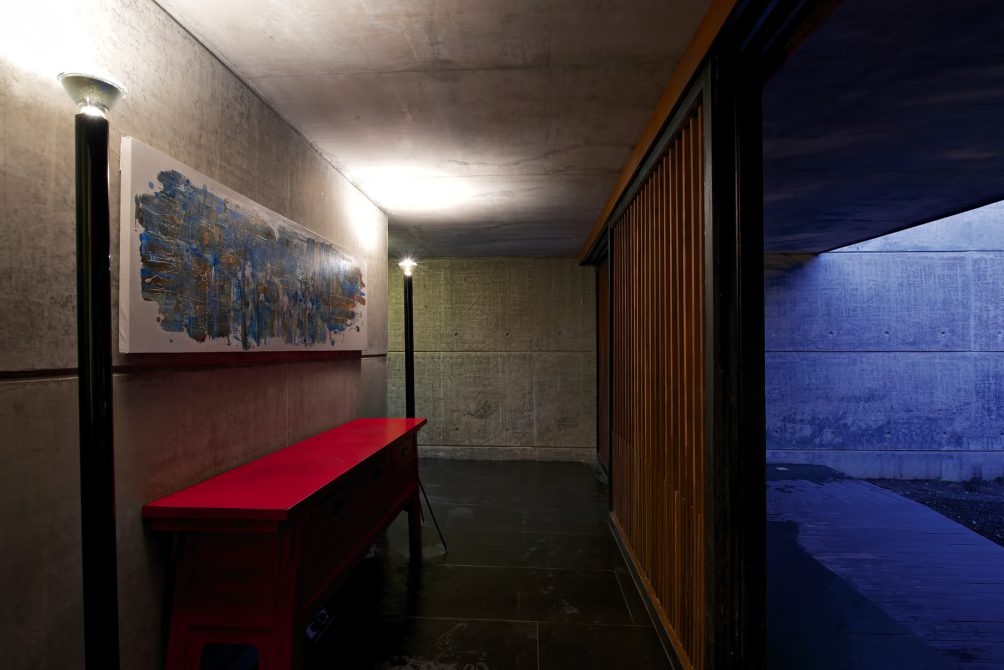 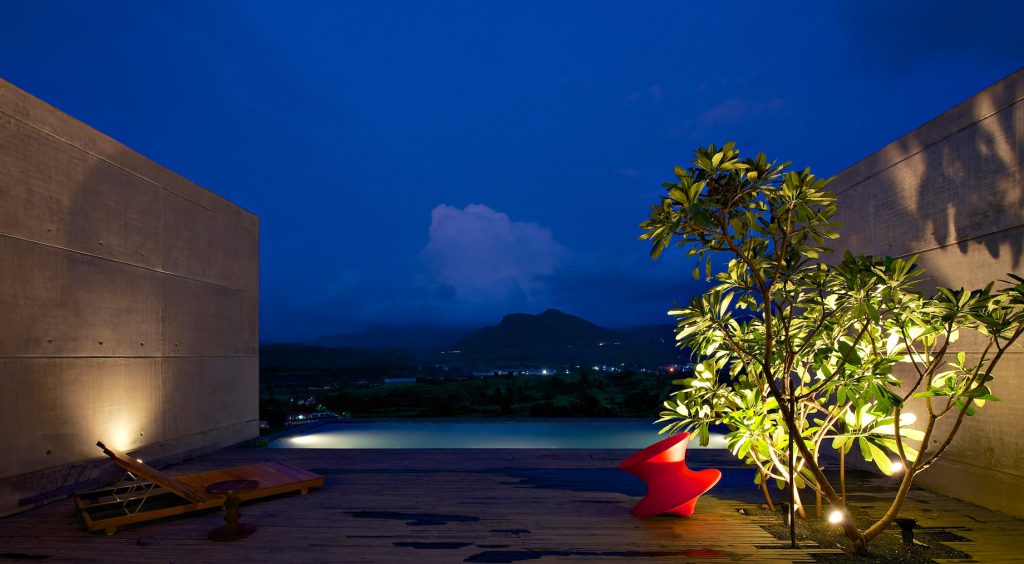 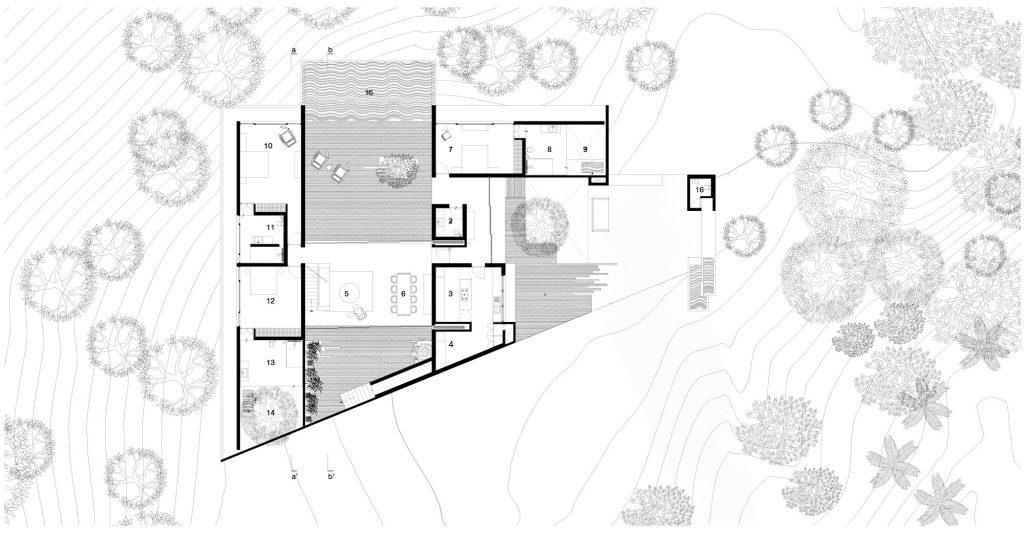 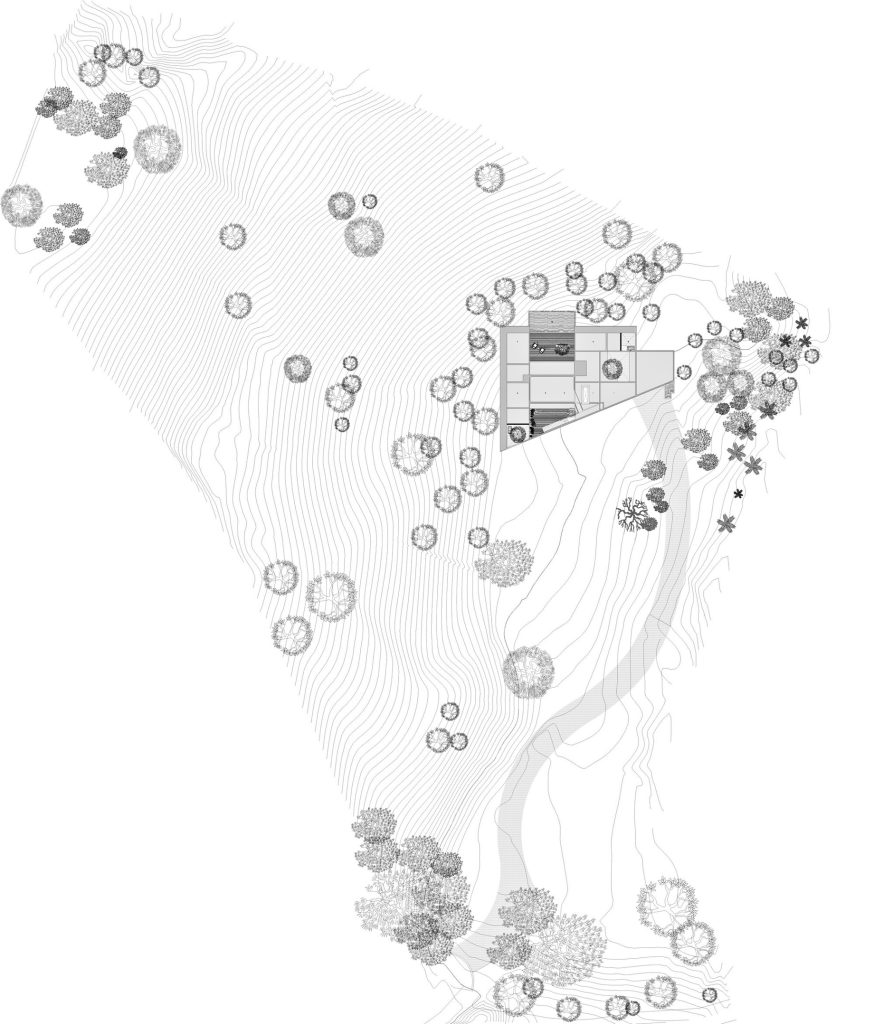