Zaha Hadid was born in Iraq, raised in the UK, and made her mark across the planet. The ground-breaking architect passed away last March leaving behind a legacy that is peerless in many regards. Her buildings can be found in Spain, the U.S., the UK, Germany, Austria, China, Scotland, France, Singapore, Azerbaijan, Saudi Arabia, Belgium, Denmark, the UAB, Lebanon, Russia and Italy.

Hadid was the first female to win the Pritzker Prize for architecture and the Royal Gold Medal. She also won the Stirling Prize (the UK’s highest architectural honor) in consecutive years and was made a dame by Queen Elizabeth II. Many credit her with freeing architecture from its symmetrical and geometric roots. Her designs have a flow to them; they curve will a feeling of unrestrained perpetual motion. Hadid set out to break convention, and that’s exactly what she did.

The aquatic center she designed for the London Olympics has a stunning cohesion to its interior and exterior. The aesthetics perfectly reflect the function of the space. The Z-shaped Evelyn Grace Academy is quite possibly the sleekest school in the world, and the Zaragoza Bridge Pavilion over River Ebro is a triangular, undulating masterpiece. The Vitra Fire Station was Hadid’s first project, and it marked the entrance of an artist who wasn’t afraid to take risks. It’s sharp, jutting shapes create a feeling of abstract and open geometrical freedom. From the very beginning it was clear that Hadid was not interested in conforming or following trends; she was dedicated to innovation and experimentation.

The Heydar Aliyev Cultural Center in Azerbaijan is perhaps her most striking and curvy creation (which is really saying something.) It billows, dips and slides in balletic movements. It’s daring and yet wildly graceful. Hadid, a pioneer of neo-futurism was always pushing the boundaries of what could be achieved in structural construction. Dramatic, fluid curves of steel and glass appear utterly seamless.

520 West 28th St is the first NYC residential project from Hadid. The building is located on the famed High Line in Hell’s Kitchen and it set to be one of the most jaw-dropping condo buildings in a city filled with jaw-dropping condos. Floor-to-ceiling windows bend around corners of the futuristic structure. The design, as with many of Hadid’s is graceful and ground-breaking. Moreover, the building featured a private imax theater, a spa and a 75-ft sky-lit swimming pool.

Hadid left too early, but her prolific output ensures that her legacy will be felt for decades to come. 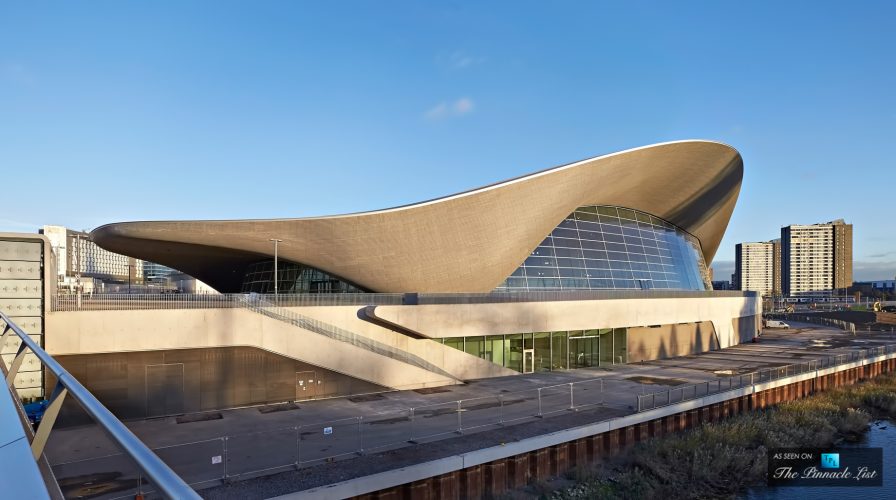 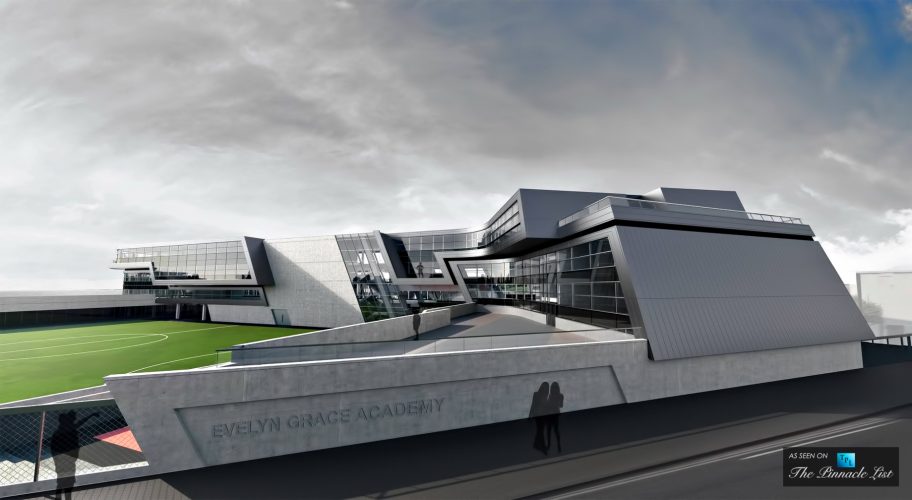 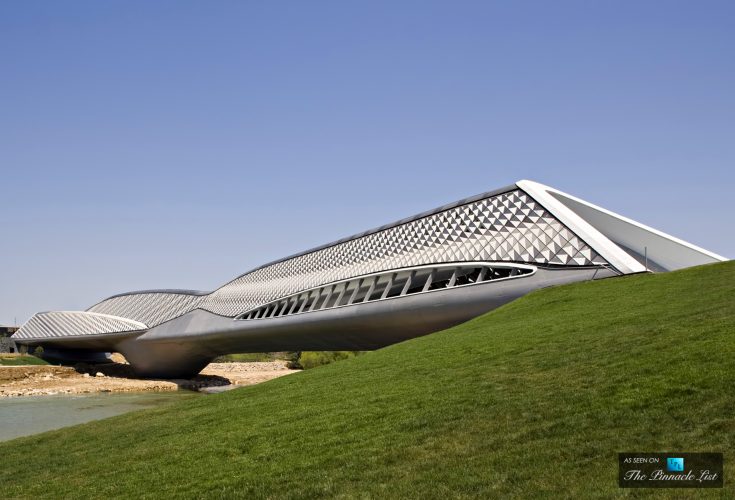 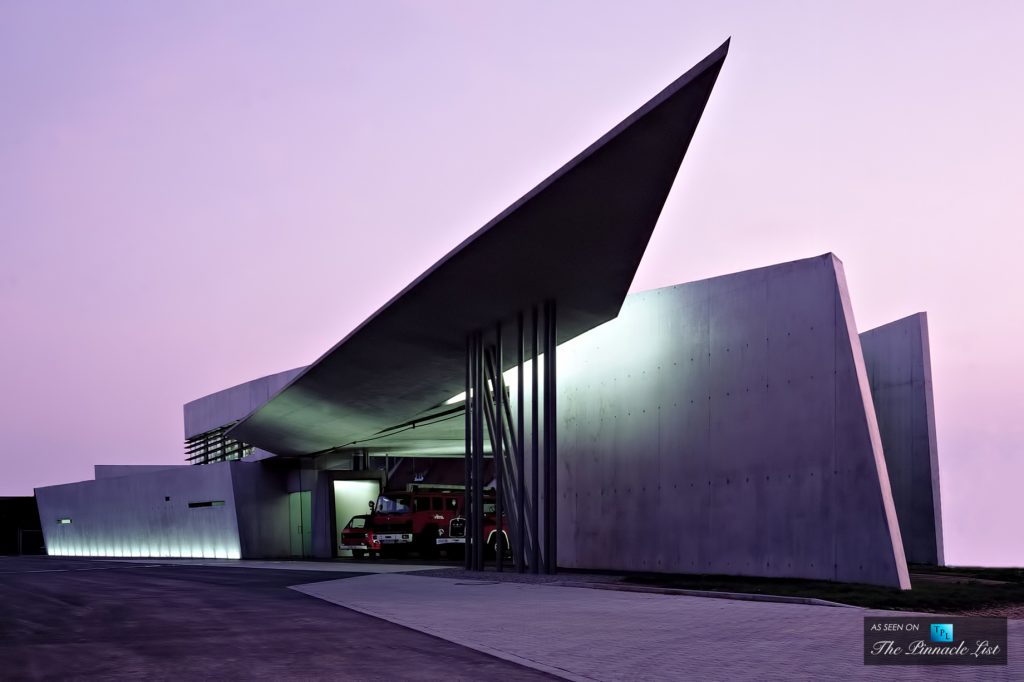 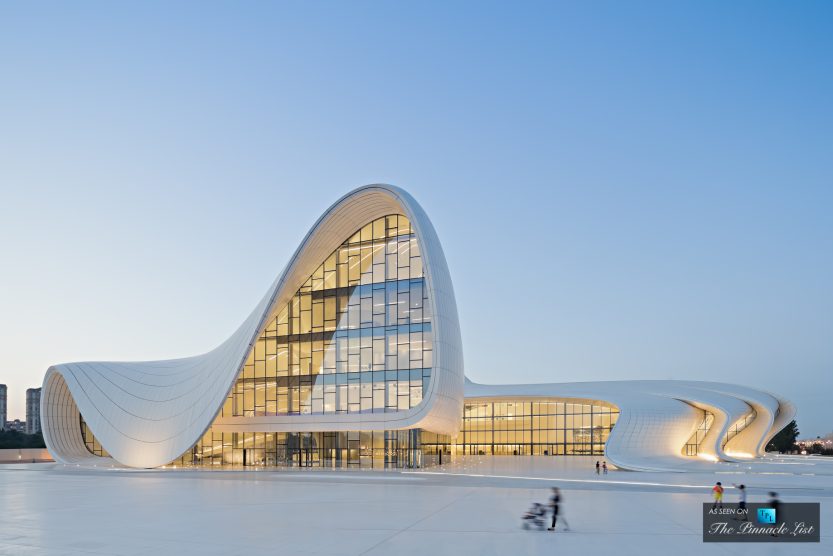 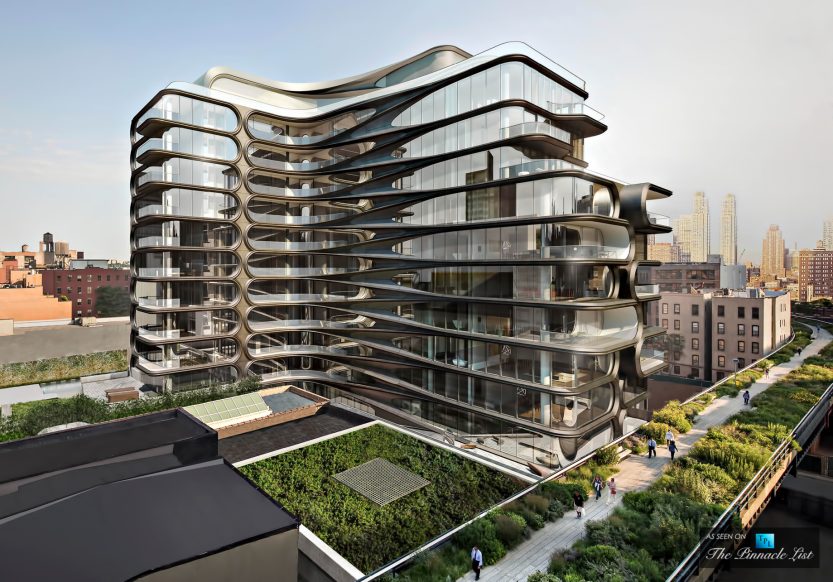 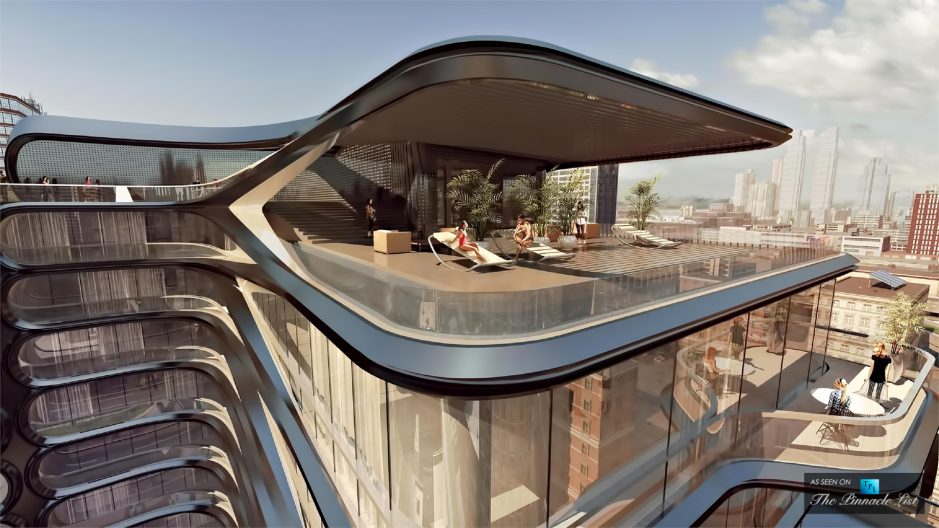 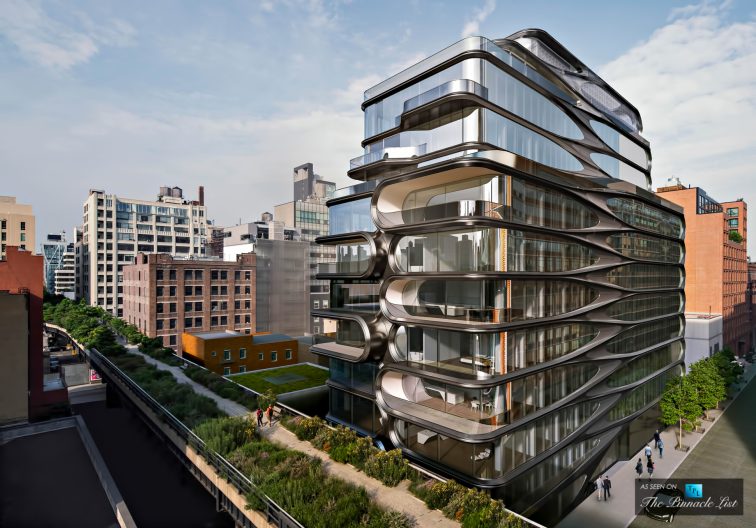 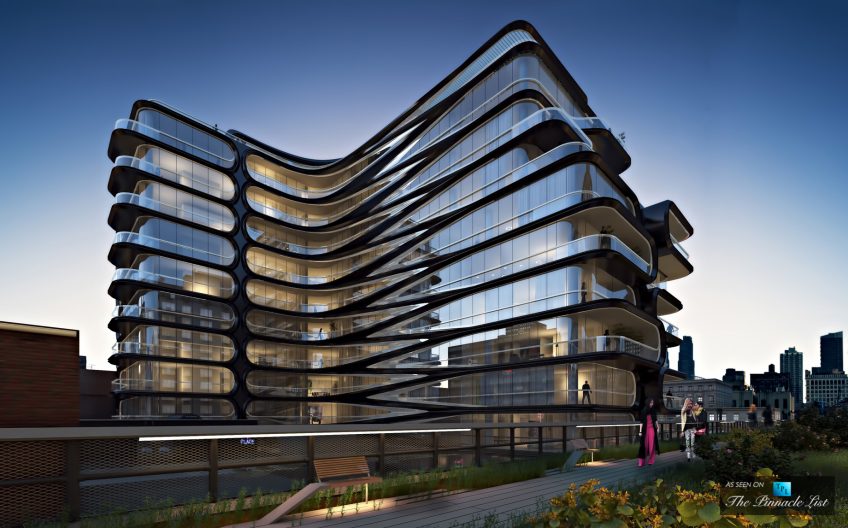