Is this a glimpse into what the future of luxury real estate will look like for pre-sales and pre-construction?

Virtual reality has long been a wildly popular stimulation for our visual senses. The advent of video games with Super Mario jumping around is no exception to this notion, but ever since the inclusion of products like iPhone and iPad with Siri by Apple and recently HoloLens by Microsoft, it’s becoming apparent that the virtuality of these products are quickly becoming boundless, where reality and virtual reality are becoming one and the same. Many will say that this betters our lives because of how modern personal technology has increased our productivity and awareness within our realm of reality.

What if you could use Microsoft HoloLens for a virtual walkthrough of a home?

The possibilities don’t end there. Imagine participating in the planning, designing, and development stages of your new custom luxury home with the architects and builders of the future who could be designing your home – all through high-tech conceptualization tools on products like iPad and HoloLens.

Is virtual reality a tool for reality?

Yes, that’s what French 3D artist Benoît Dereau essentially is demonstrating when he designed and developed “Unreal Paris,” a virtual contemporary Parisian apartment, rendered by the Unreal Engine 4. His main purpose for this project was only to complete his portfolio, while also mastering UE4 tools, but that doesn’t go without saying that this shockingly realistic apartment could point to the way of the future for virtual real estate marketing.

The virtual world of our imaginations may soon turn into visual reality through conceptualization technology that is able to create virtual environments that allow us to experience what was only previously possible in our dreams. In the future, dare to dream, may be the forte required to design and develop a new sphere of augmented reality that blurs the line between what’s real and what’s computer-generated. With the aid of virtual reality, everything changes. Below are some incredible screenshots of Benoît Dereau’s Unreal Paris from a virtual walkthrough. Featured in the screenshots are a bedroom, living room, kitchen, and bathroom – typical rooms for any apartment. Following the screenshots is an official video of Unreal Paris. 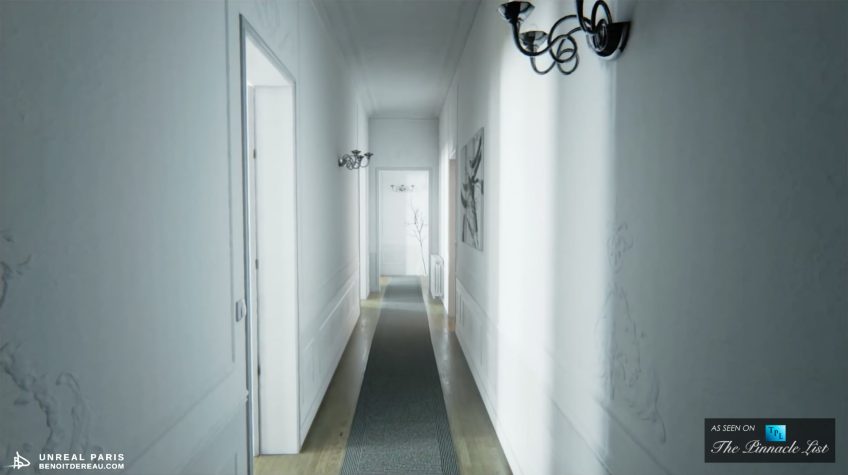 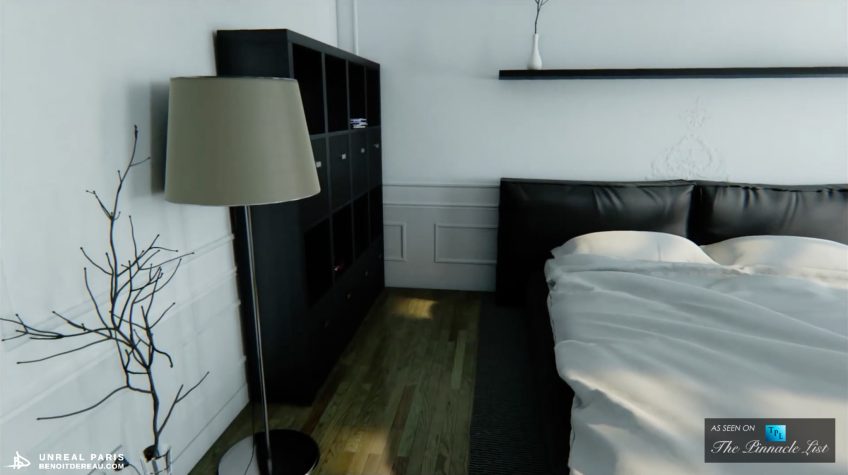 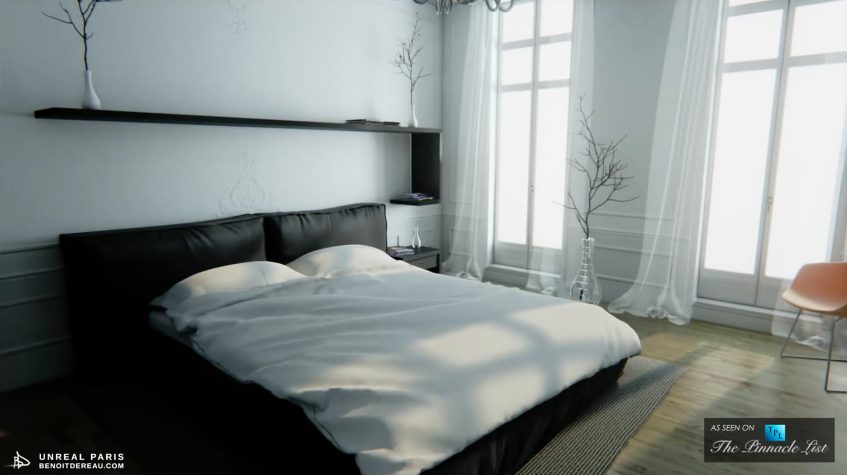 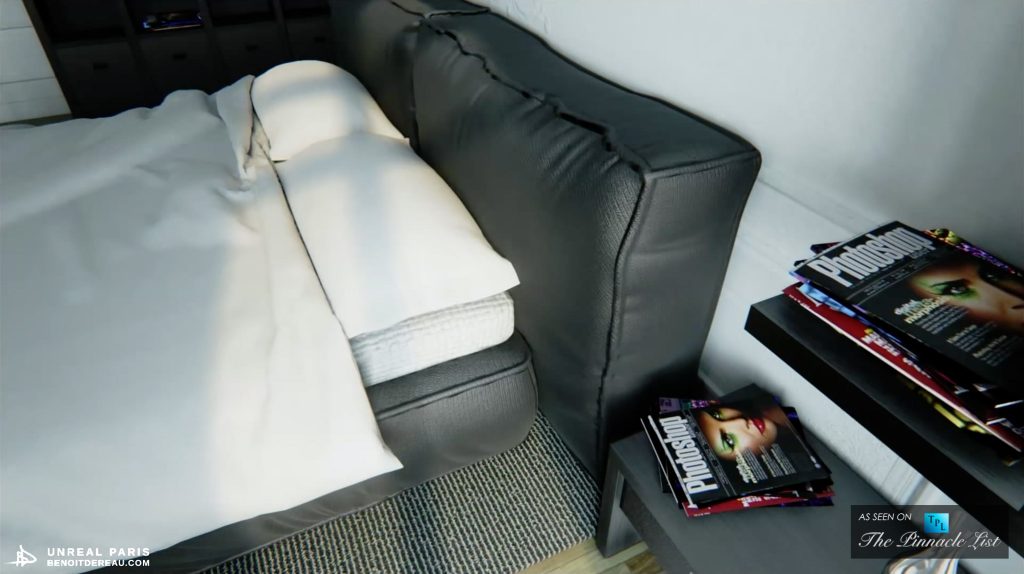 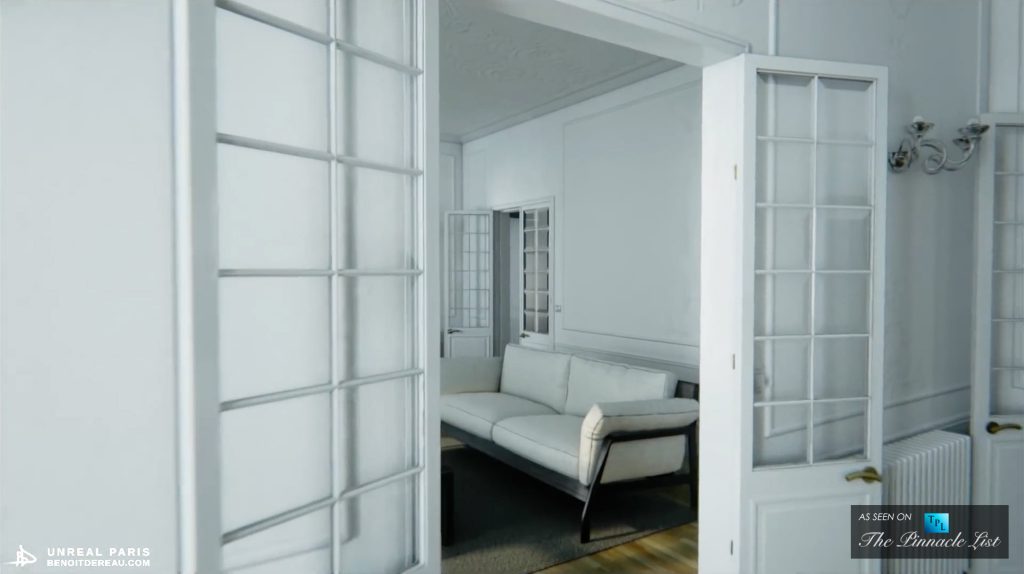 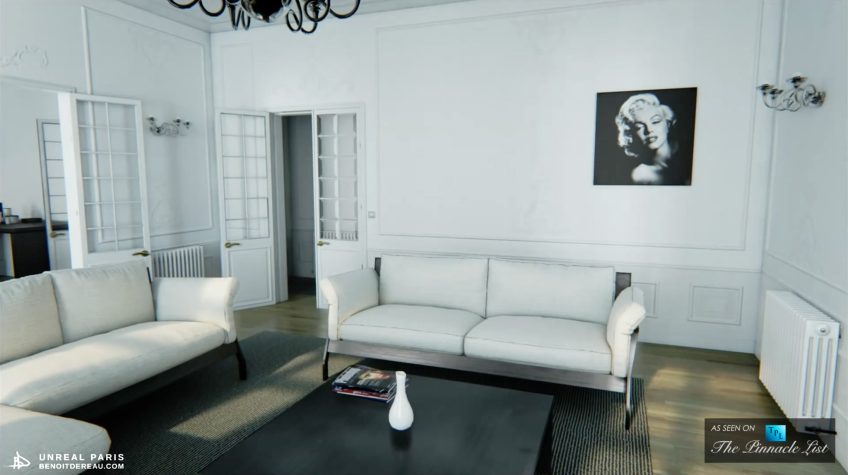 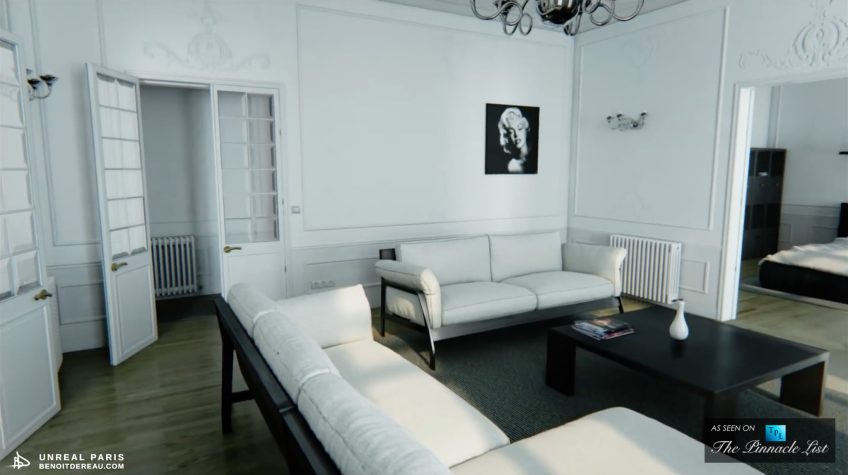 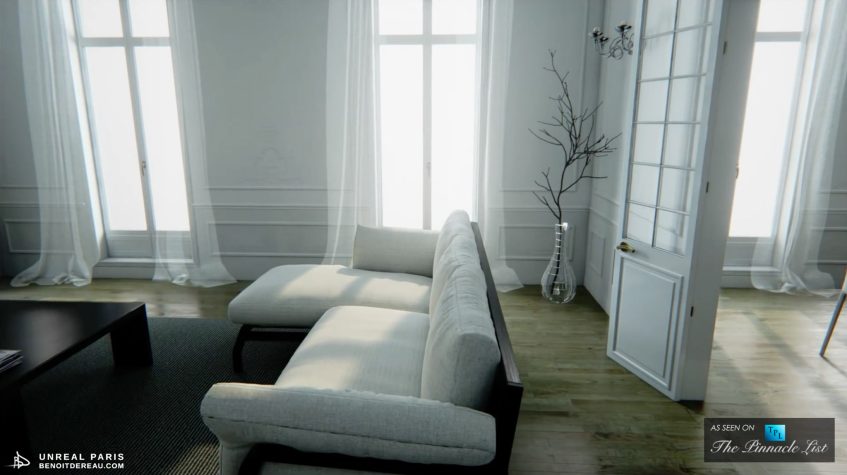 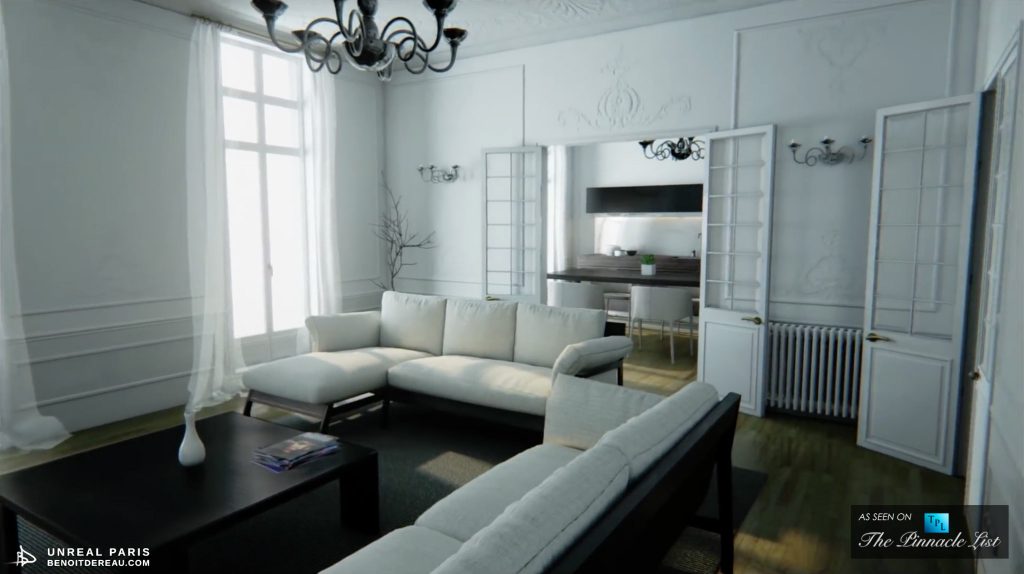 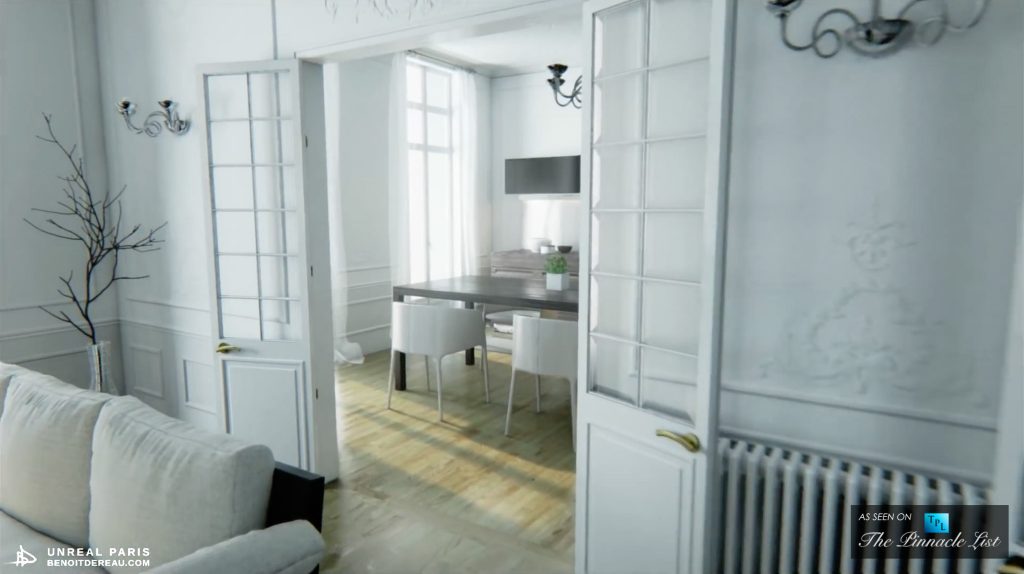 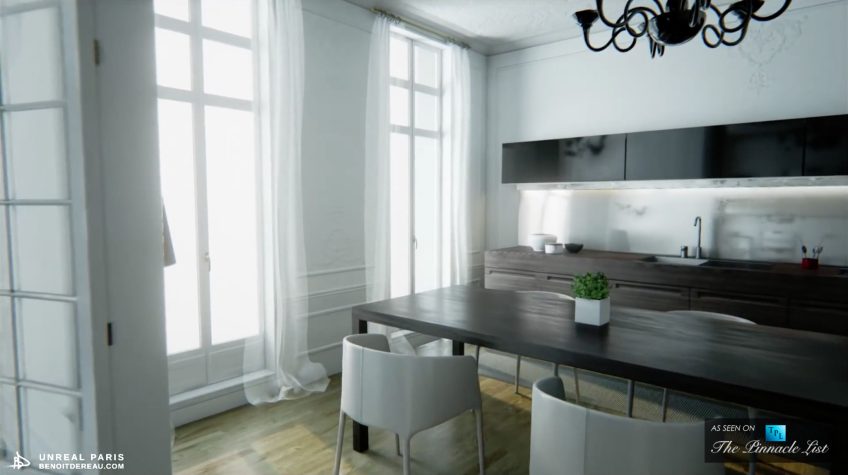 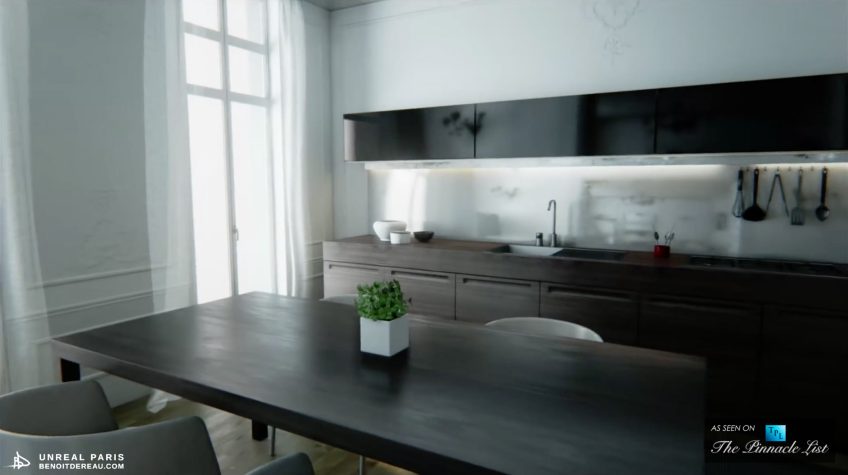 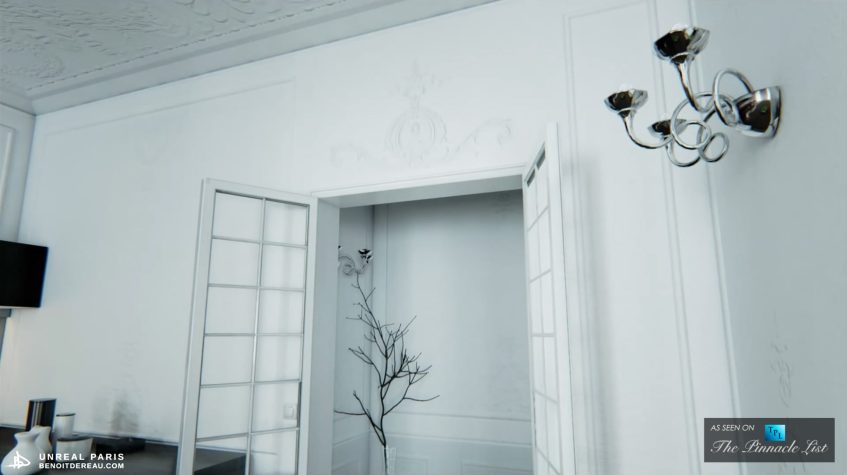 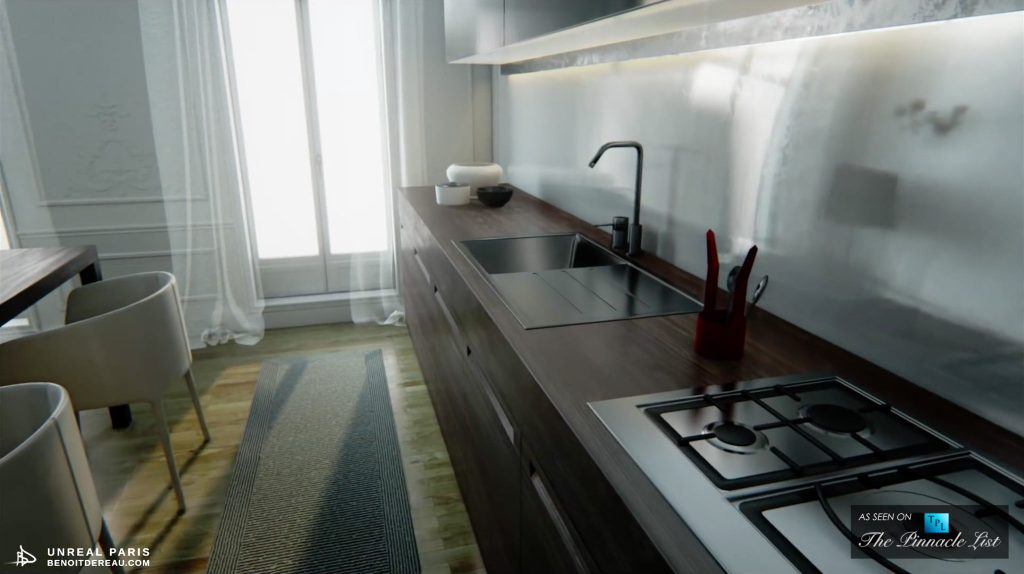 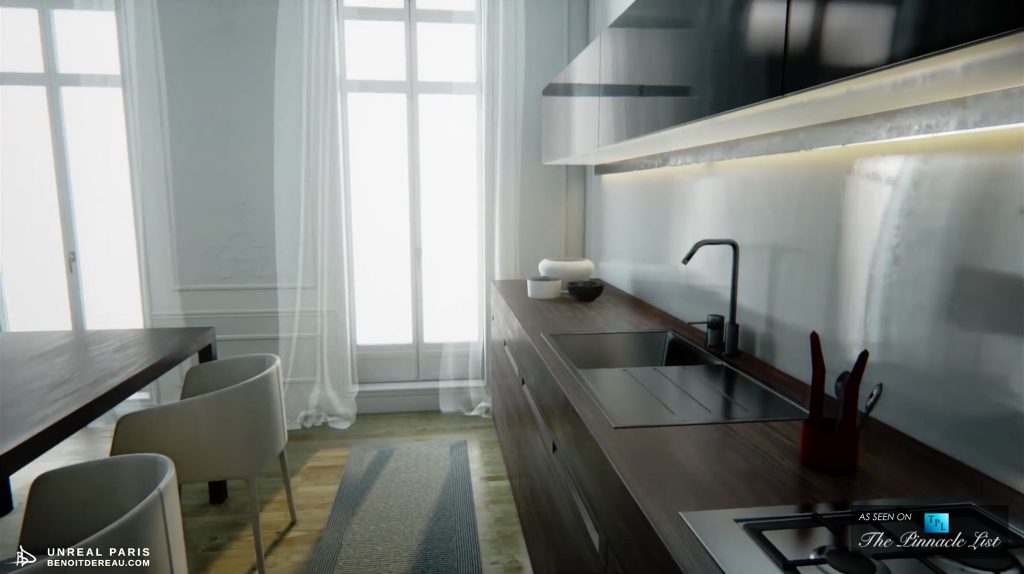 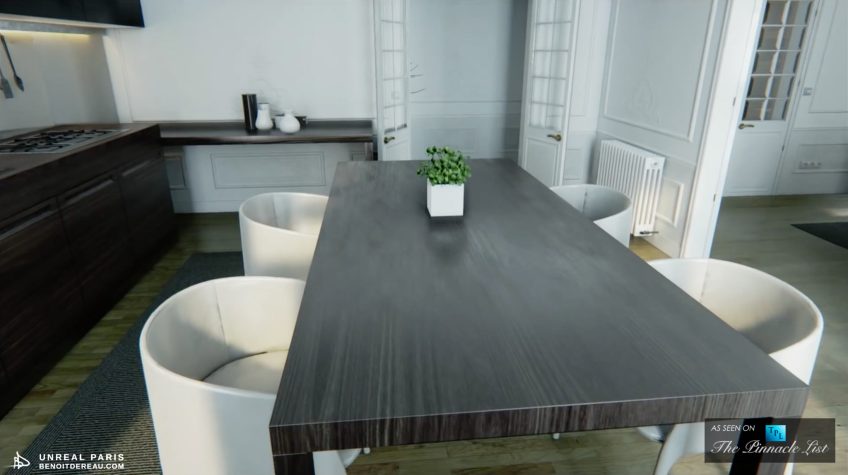 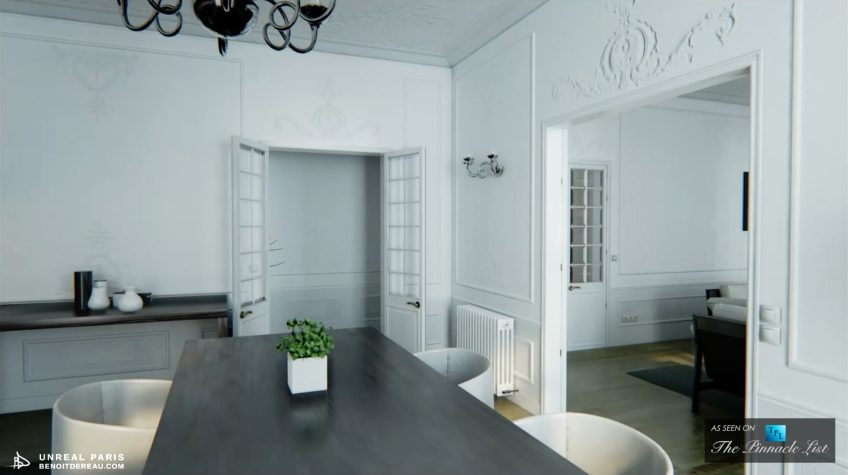 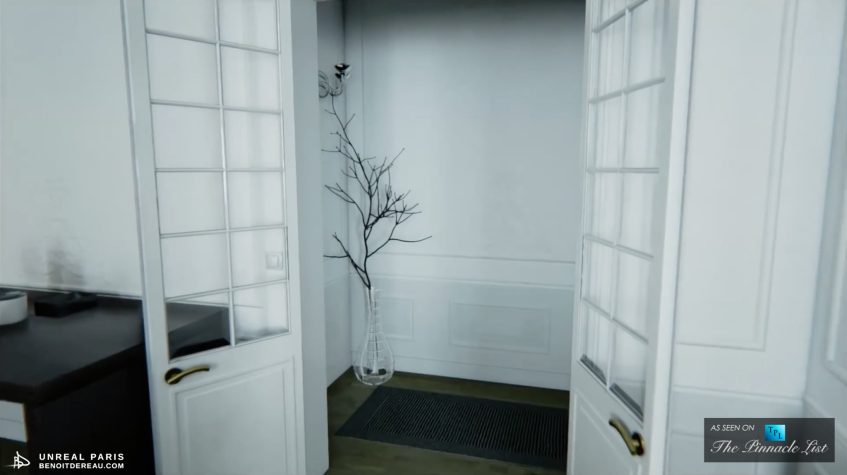 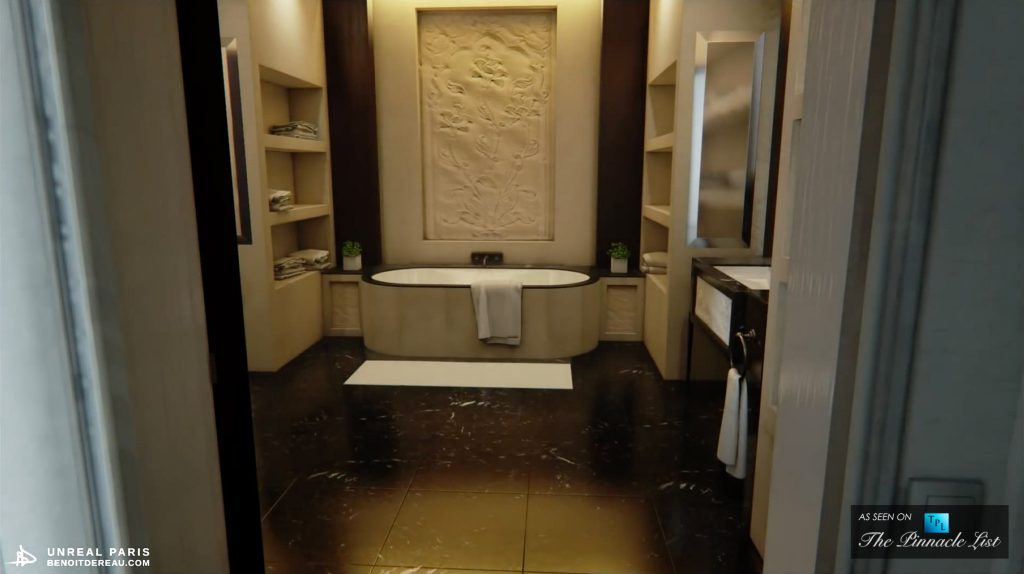 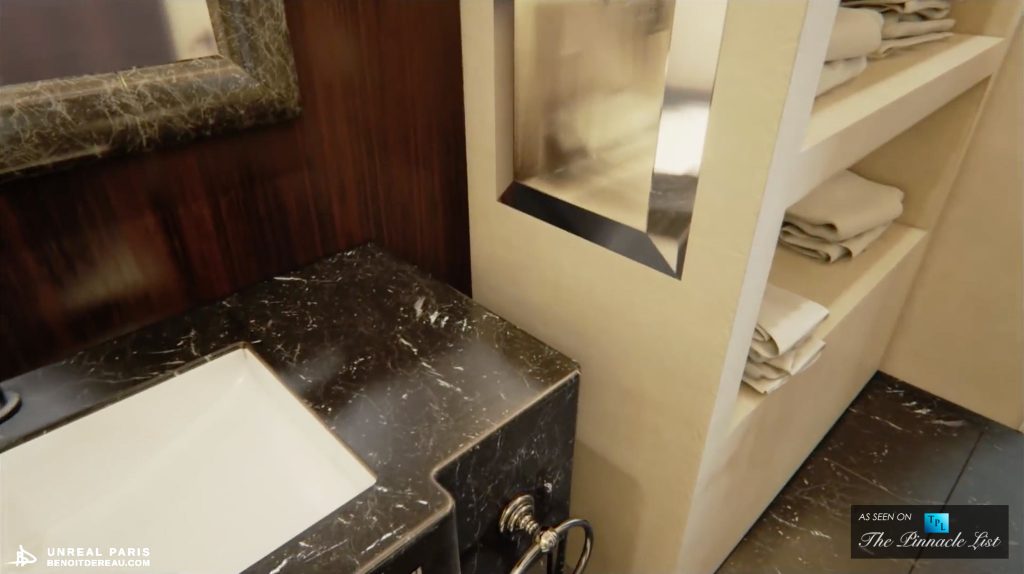 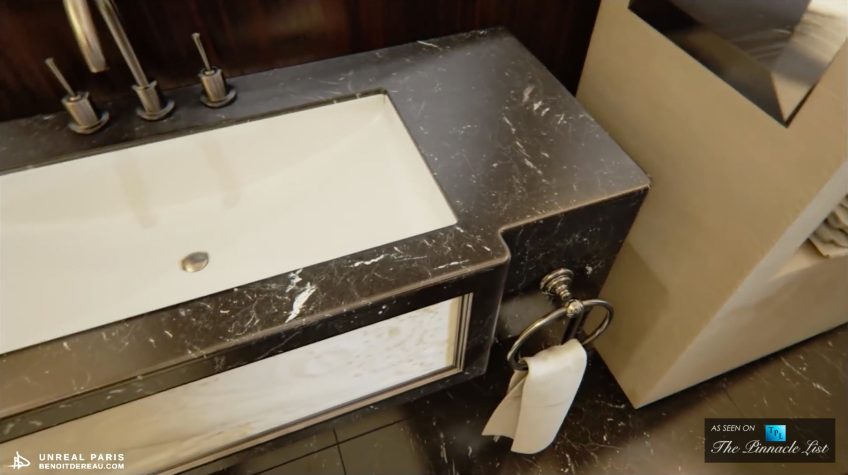 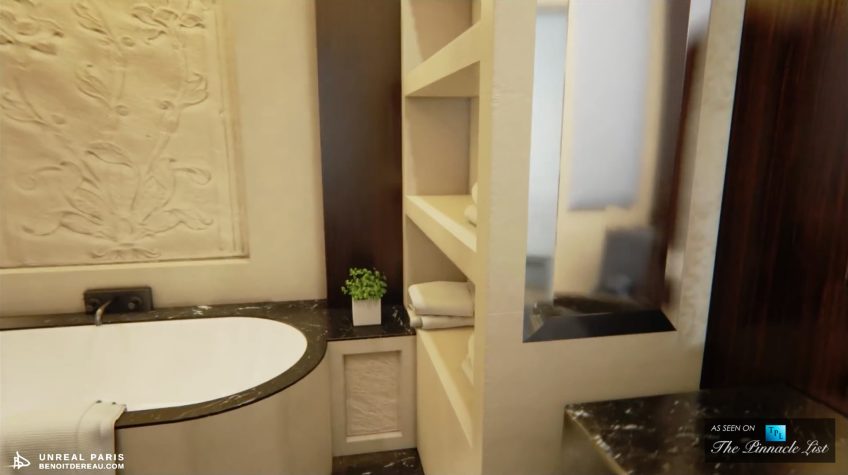 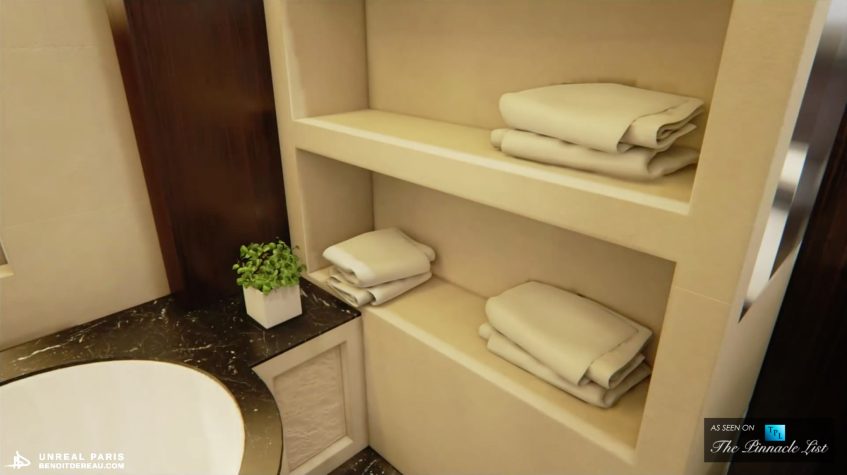 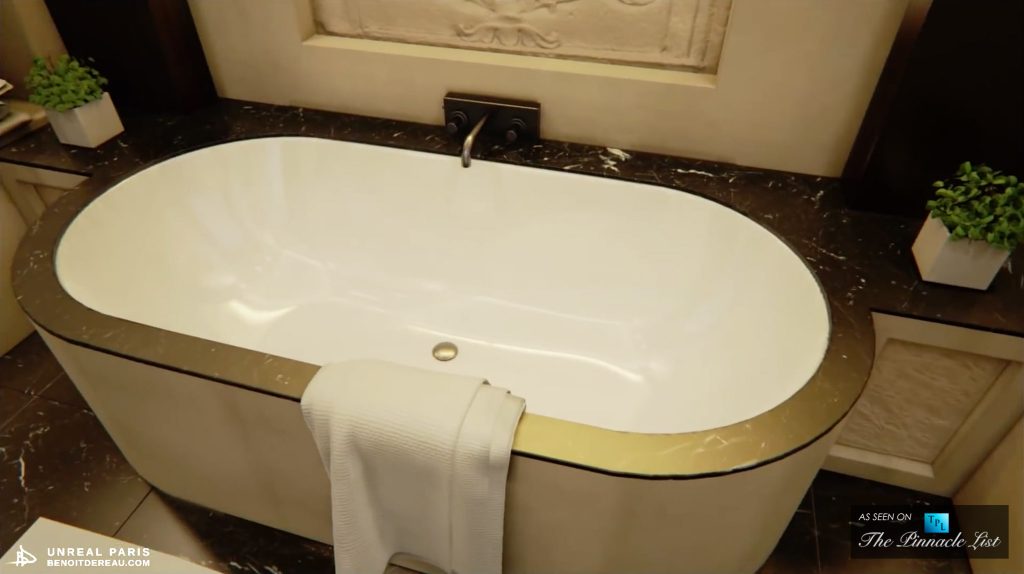 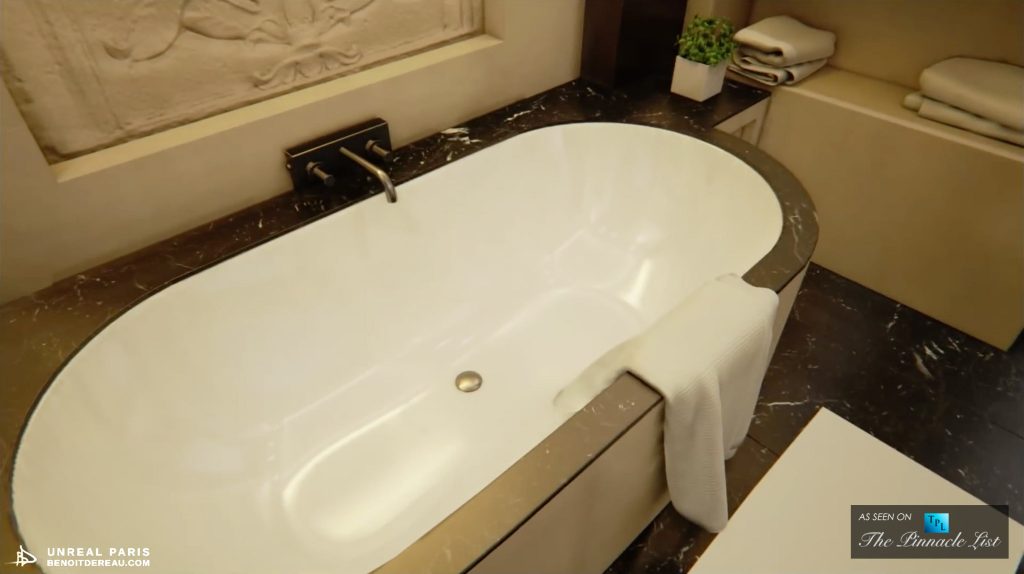 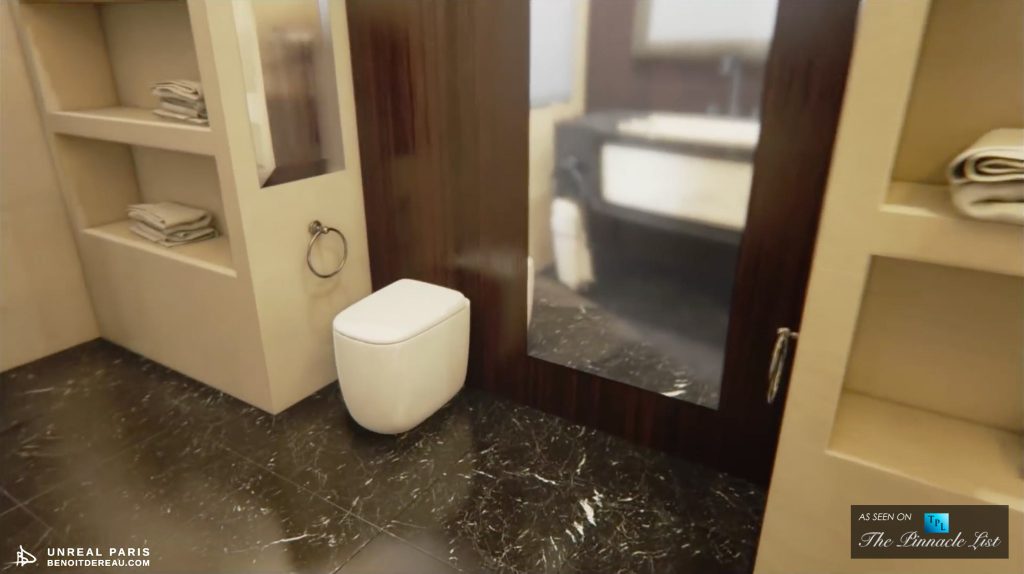 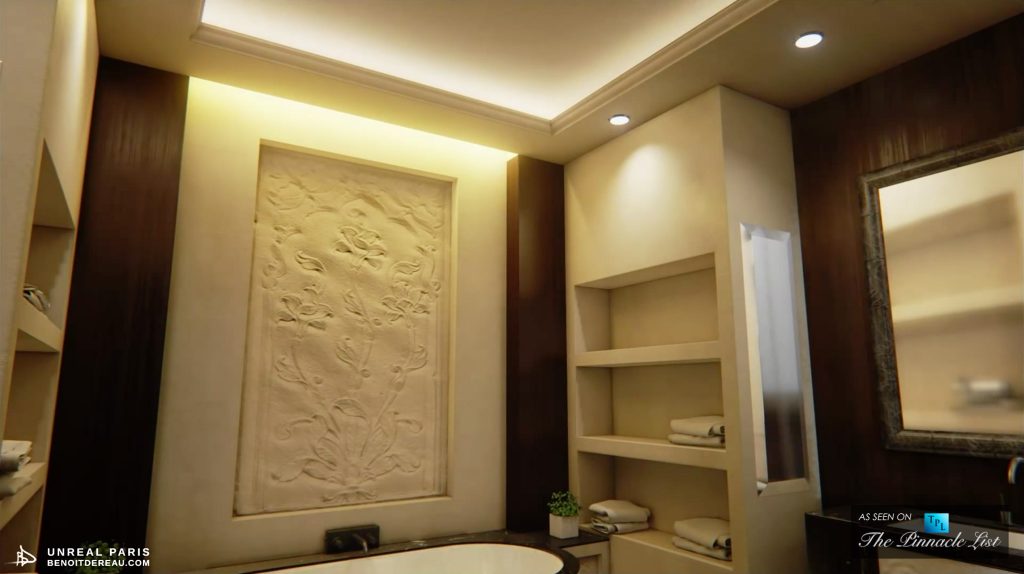