The city of Jeddah in Saudi Arabia has confirmed its place in modern history, as it will become the home to the next world’s tallest building. News reports out of Saudi Arabia on February 22, 2012 confirmed that the 1000m Kingdom Tower was given its final license to proceed with construction. Currently under construction, the $1.23 billion supertall Kingdom Tower will become the world’s tallest building upon its completion in 2017-2018.

When the Burj Khalifa in Dubai officially opened in a spectacular ceremony on January 4, 2010, the 2,717-foot (828 metre) tower became the tallest building in the world. An incredible feat of engineering and a marvel of technology that many expected would not be outdone for years or perhaps even decades into the future.

If you are going to move to Saudia Arabia, expats should know about the expiry date of their Iqama, and thus renew it when needed. Click here in order to do an Iqama expiry check.

Although many building and design visionaries have brought forward architectural concepts to challenge the Burj Khalifa for the title of world’s tallest, no actual developments came to fruition, until now.

Late last year, Saudi Arabia’s Prince Alwaleed bin Talal announced plans to build the world’s tallest building in Jeddah less than two years after the Burj Khalifa opened in Dubai. The news was greeted with enthusiasm, but tempered with skepticism, until now.

Designed by Adrian Smith of AS+GG Architecture, the Kingdom Tower consists of 161 habitable floors in a tower that will be over 1000 meters (3,280 feet) tall. The tower will have a awe inspiring total construction area of 530,000 square meters (5.7 million square feet) of interior space.

Adrian Smith is well versed in creating tall buildings. He is the same Architect that planned the Burj Khalifa in Dubai while he was with Skidmore, Owings & Merrill. The Kingdom Tower will cost approximately $1.2 billion and will be the centerpiece and first construction phase of a $20 billion Kingdom City development in Jeddah, Saudi Arabia, near the Red Sea.

The new 3,280+ foot Kingdom Tower in Jeddah, Saudi Arabia is expected to take about 63 months to build and according to the Architect, Adrian Smith, will be at least 568 feet taller than the 2,717-foot Burj Khalifa in Dubai.

The actual design of the new Kingdom Tower is an elegant sleek and streamlined form that is inspired by nature. Smith encapsulated the design from the evolution of young flora as new shoots spring up from the desert. “The way the fronds sprout upward from the ground as a single form, then start separating from each other at the top, is an analogy of new growth fused with technology.”

The spectacular design of the Kingdom Tower will have a top occupied floor which is more than 600 meters high and includes a unique and daring open-air sky terrace, roughly 30 meters (98 feet) in diameter with a shape that resembles a projected cantilevered dish. This will be the world’s highest outdoor amenity space at level 157 and is intended to be accessible to the penthouse floors.

The ambitious undertaking of creating the world’s tallest building will necessitate one of the worlds most sophisticated elevator systems. Plans call for 59 elevators, including 54 single-deck and five double-deck elevators. A separate dedicated elevator, which will serve the world’s highest observatory in the Kingdom Tower, is designed to travel at an astonishing rate of 10 meters (40 feet) per second in both directions.

While the design is contextual to Saudi Arabia, it also represents an evolution and a refinement of an architectural continuum of skyscraper design. The three-petal footprint is ideal for residential units, and the tapering wings produce an aerodynamic shape that helps reduce structural loading due to wind vortex shedding. The Kingdom Tower design embraces its architectural pedigree, taking full advantage of the proven design strategies and technological strategies of its lineage, refining and advancing them to achieve new heights. The result is an elegant, cost-efficient and highly constructible design that is at once grounded in built tradition and aggressively forward-looking, taking advantage of new and innovative thinking about technology, building materials, life-cycle considerations and energy conservation. For example, the project will feature a high-performance exterior wall system that will minimize energy consumption by reducing thermal loads. In addition, each of Kingdom Tower’s three sides features a series of notches that create pockets of shadow that shield areas of the building from the sun and provide outdoor terraces with stunning views of Jeddah and the Red Sea.

The Kingdom Tower development is a new vision for Saudi Arabia. There is no mistake that a city located halfway up the Red Sea coastline on the western side of the country was chosen for the tower and the massive $20 billion dollar, 23-hectare Waterfront District development surrounding it. Jeddah is the city in which industry was founded in Saudi Arabia. It is known for banking and is a powerful cultural indicator for the country. It is considered to be the most diverse, tolerant, and cosmopolitan of cities in Saudi Arabia.

Saudi Arabia is looking to diversify its oil-based economy and economic base with this urban development. It is not hard to surmise that the “Dubai experience” of having bragging rights to the world’s tallest building has not been lost or wilfully ignored by the Saudi’s.

The Kingdom Tower is an extreme engineering feat that is no doubt designed to establish Saudi Arabia’s prominence on the architectural stage of the Arabian Peninsula away from Dubai.

With the 1000m Kingdom Tower, Saudi Arabia has raised the bar to a record height, sending a prominent message with an iconic status symbol that is designed to shift the country’s image worldwide. This is a bold step to open itself up to more business and more opportunity beyond oil. 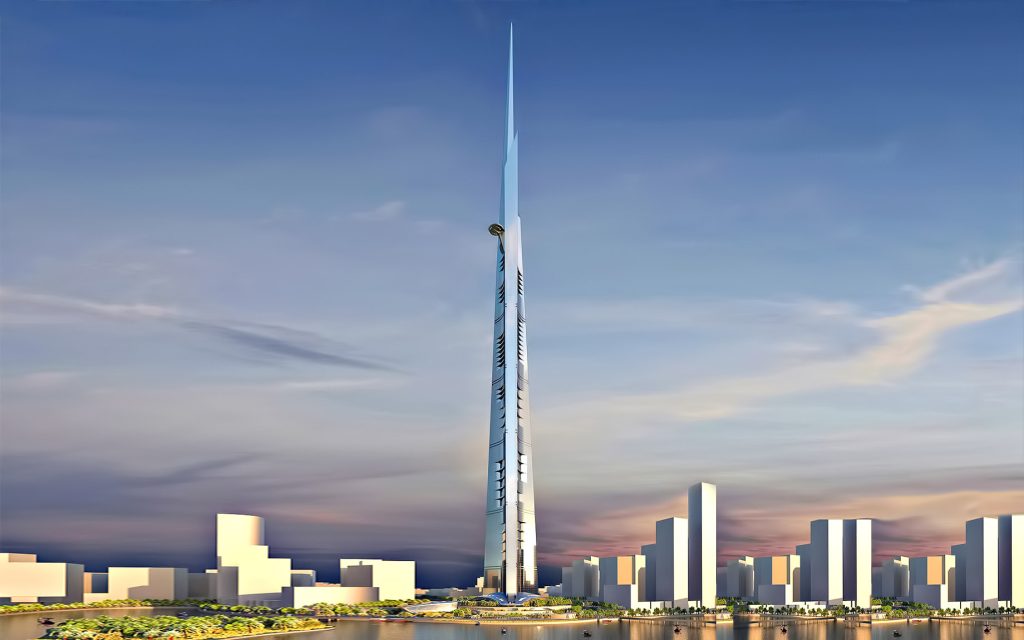 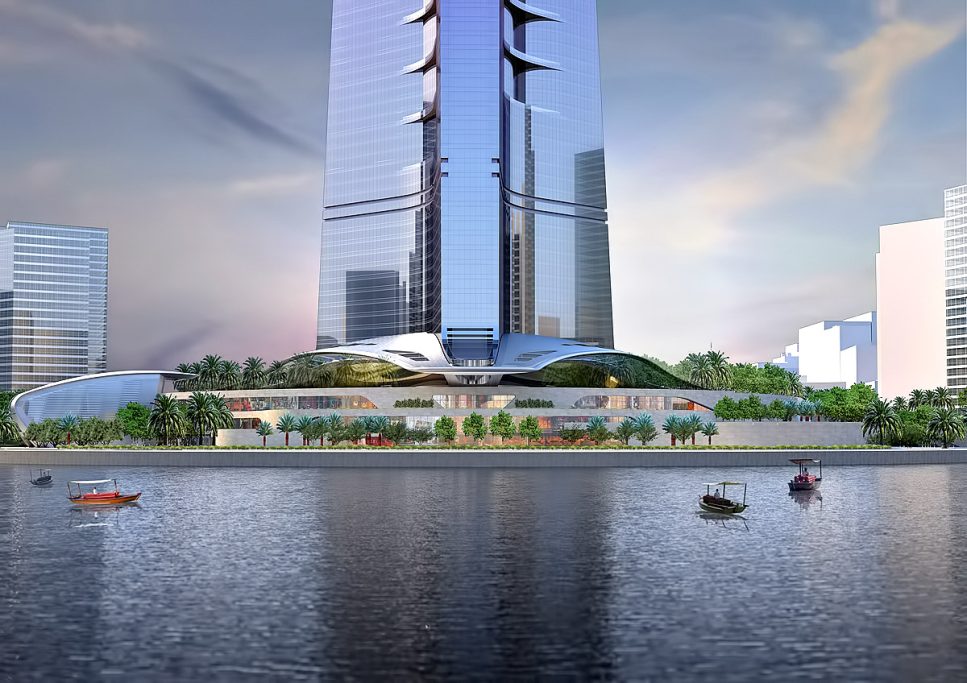 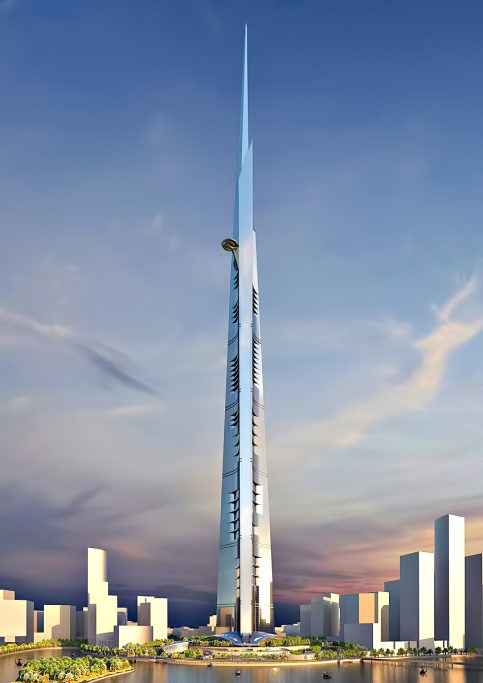 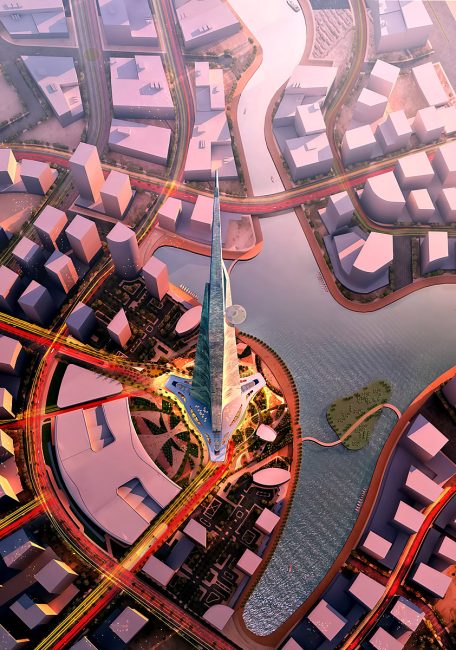 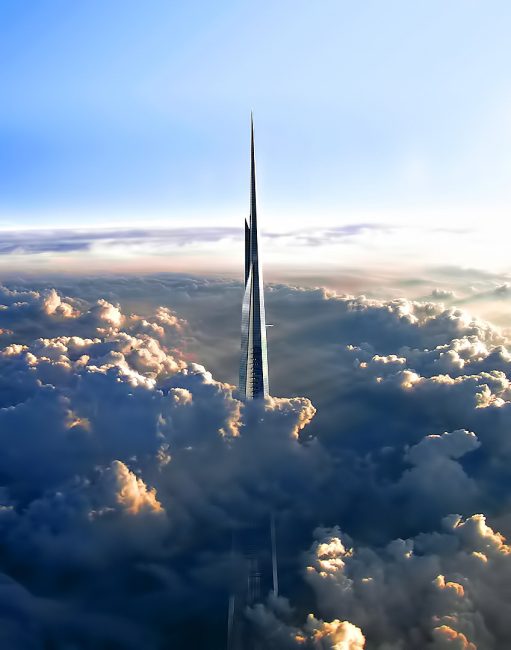 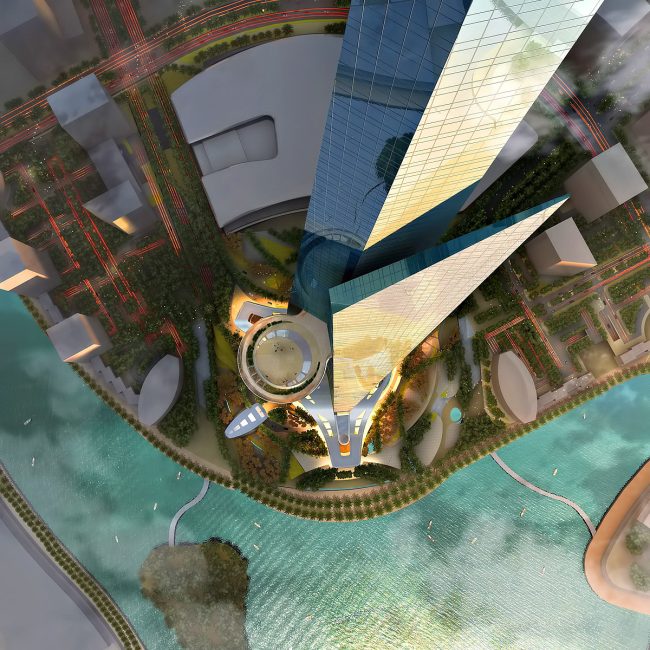 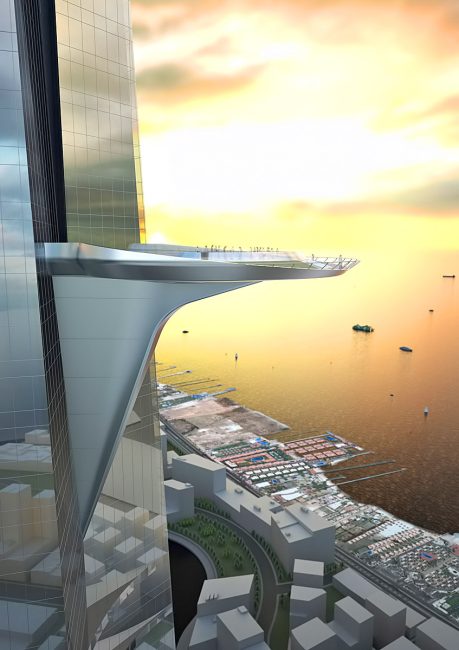 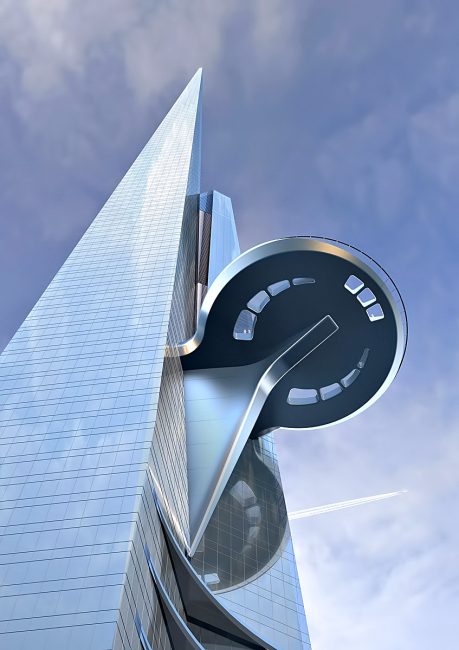 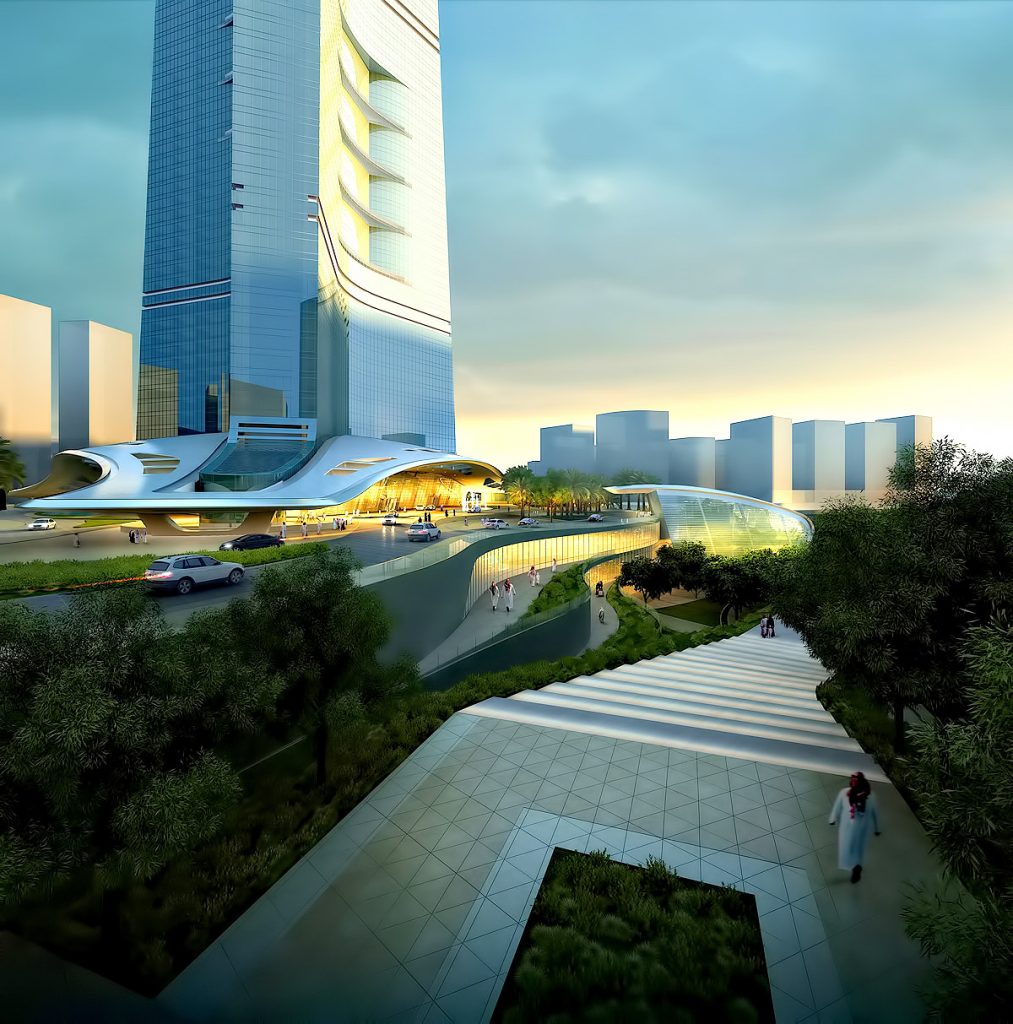 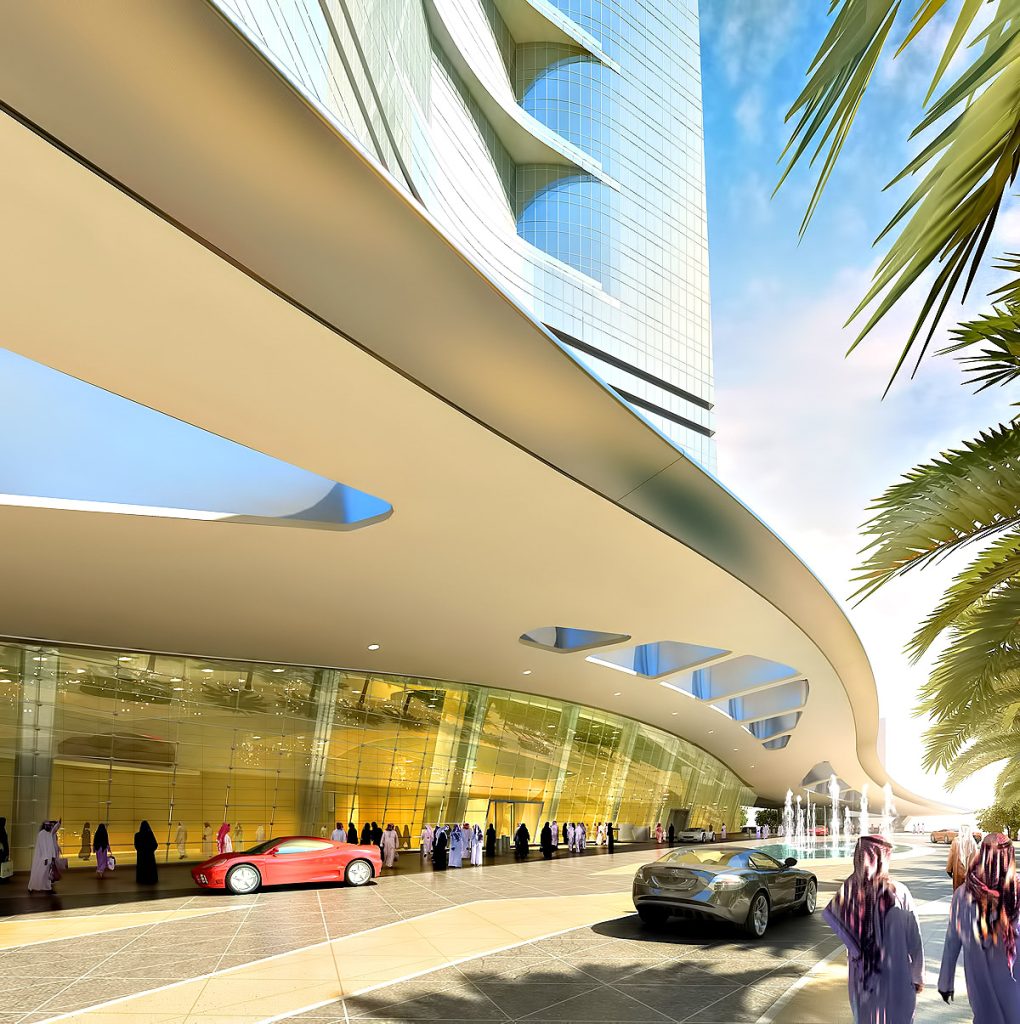 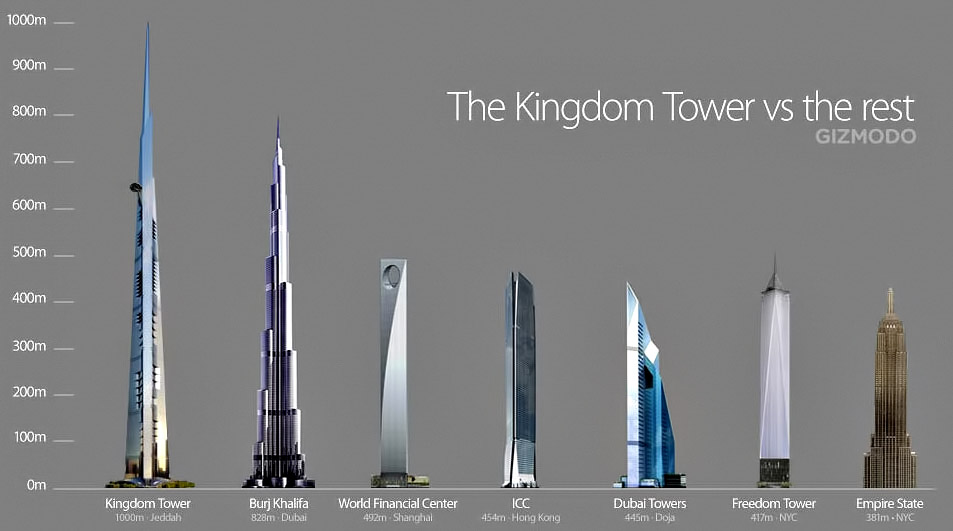