House H is a reinforced concrete structure composed of a succession of longitudinal and transverse beams that work together to generate a single structural piece. As always, we prefer to inhabit a structure instead of structuring a room. In this way, we consider the technical feasibility of a project as its actual design resolution; feasibility is not separate from project design. This means that before becoming a house, the project is its own structure.

Starting from the top down, the ceiling slab hangs from two main longitudinal beams on a north-south orientation, 41 meters long and 1.40 meters high. The beams are supported by only 4 walls, creating large, 7-meter long cantilevers at both ends. The system rests on two other longitudinal beams of the same length, located under the floor slab. The same 4 walls support the entire structure and project downwards to the floor, creating a base with bedrooms, on one hand, and resting on an east-west transversal volume on the other. The latter volume frames the entrance to the house on one side, and on the other, projects towards the sea and contains the pool, a heavy wedge with a variable section that builds a new cantilever, also 7 meters towards the slope, reinforcing the views of the house towards the sea.

The project consists of an access level in which the common areas are located: living room, dining room and kitchen in a single space, without partitions or columns, in addition to the master bedroom plus its bathroom. The lower level, with access from the outside, contains a family room and secondary bedrooms. The great beam-wall that frames the main facade of the project is, in turn, a long piece of wood furniture that runs throughout the house, serving the enclosures according to their use.

A vertical circulation consisting of a staircase and a ramp rises at the connection between both levels, where transverse structures meet the pool volume. The staircase and ramp arrive at a courtyard that crosses underneath the main structure from east to west, reinforcing the idea proposed by the project: to levitate on the slope. 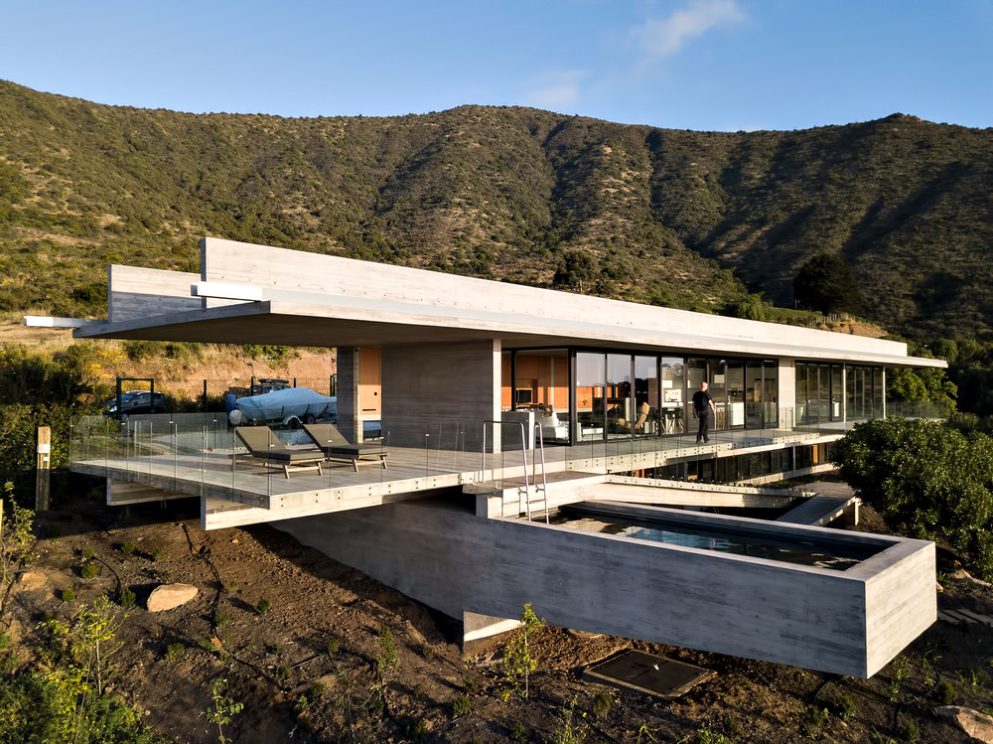 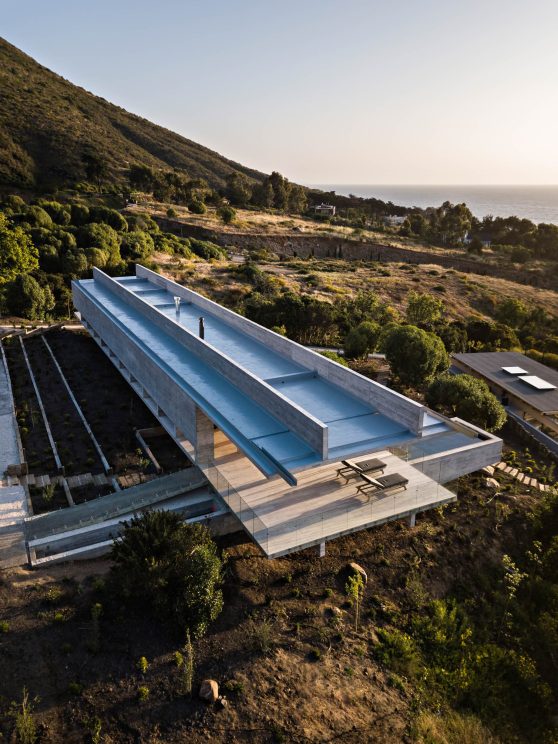 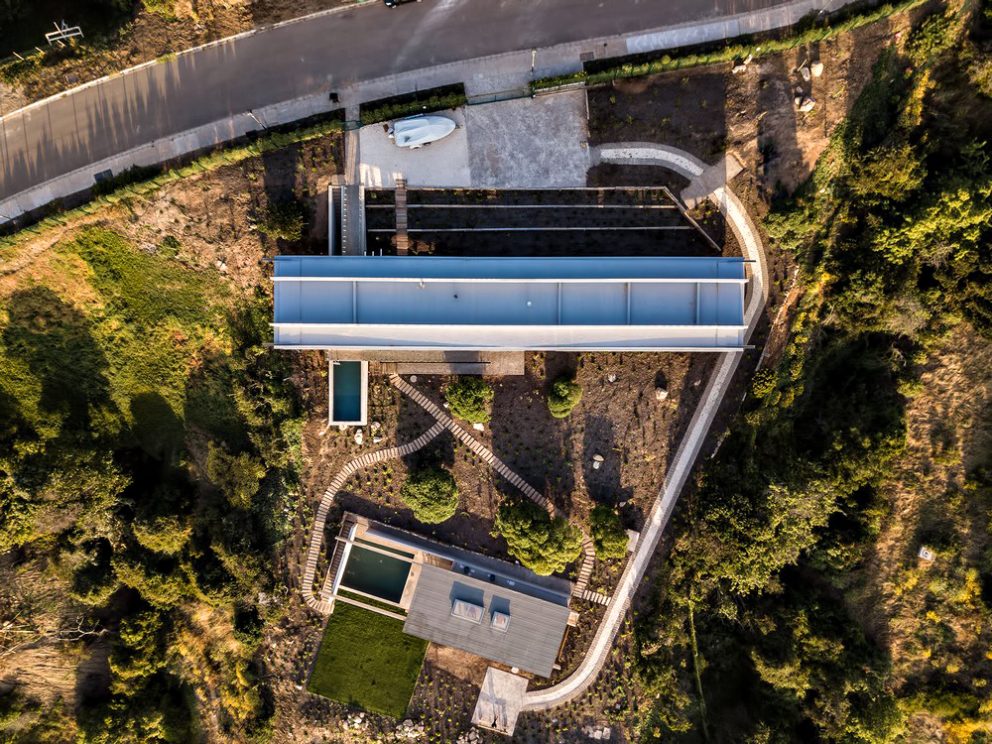 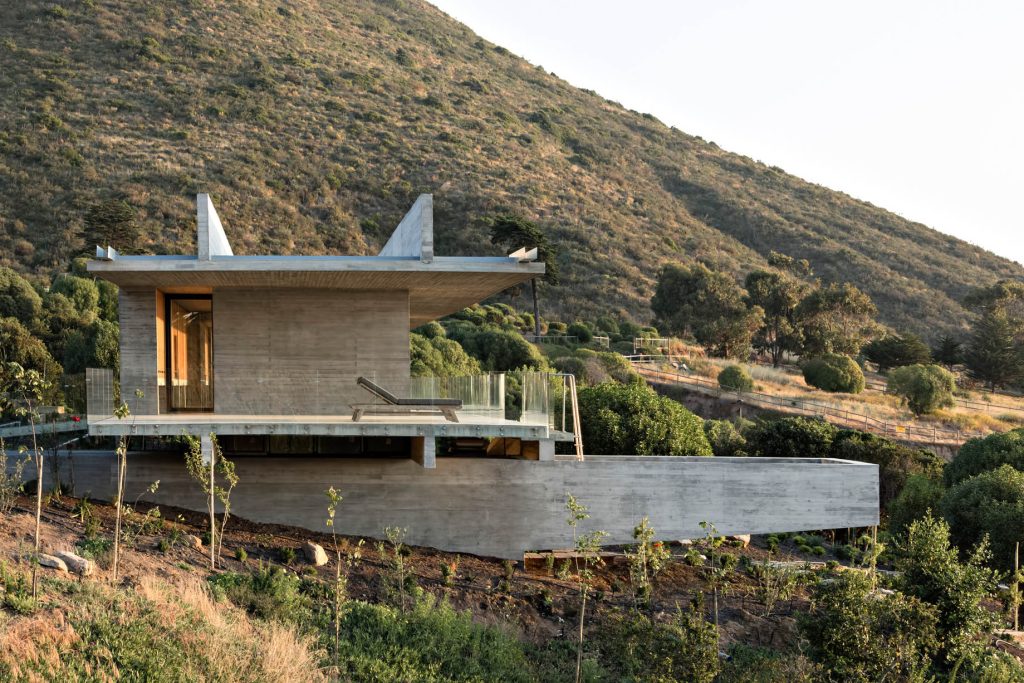 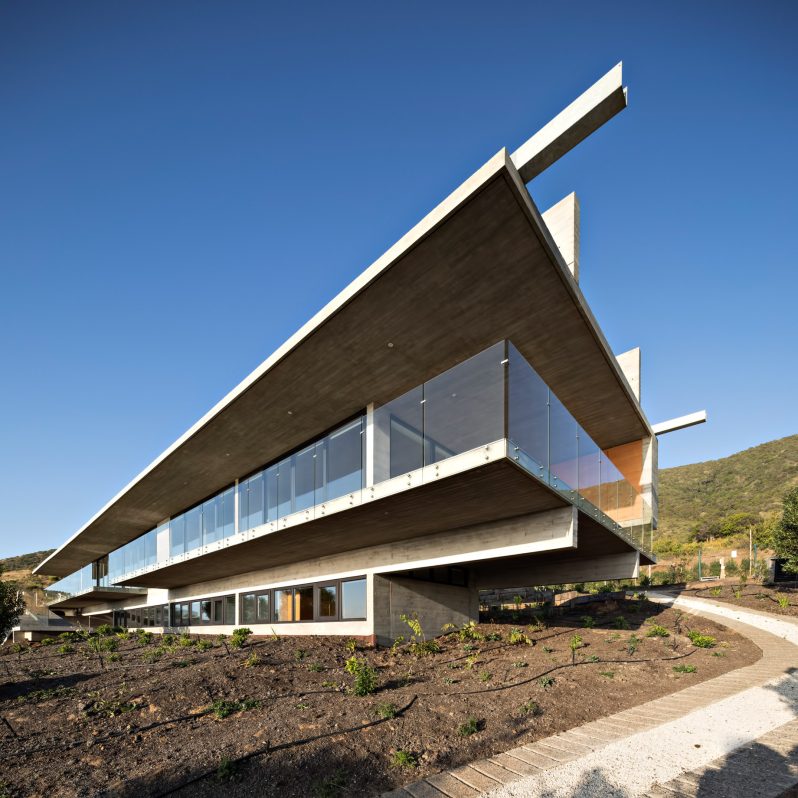 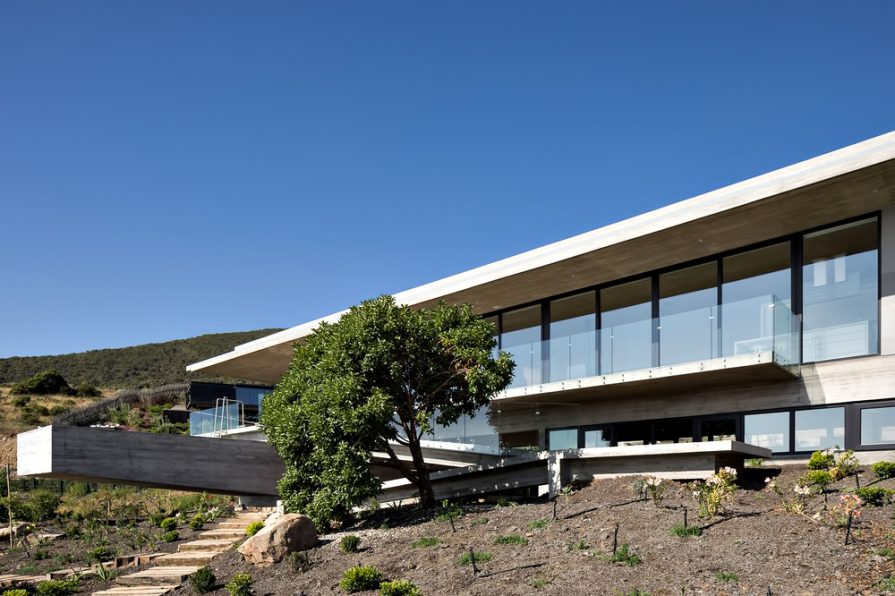 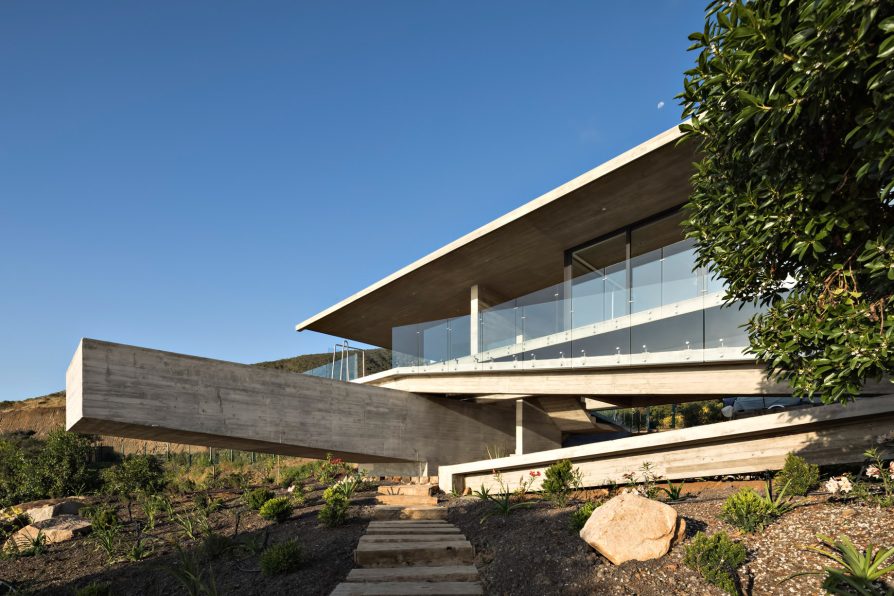 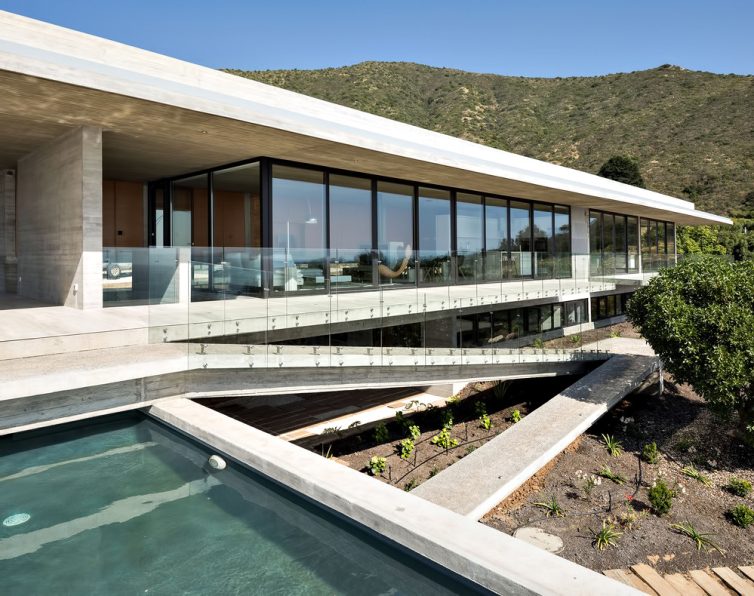 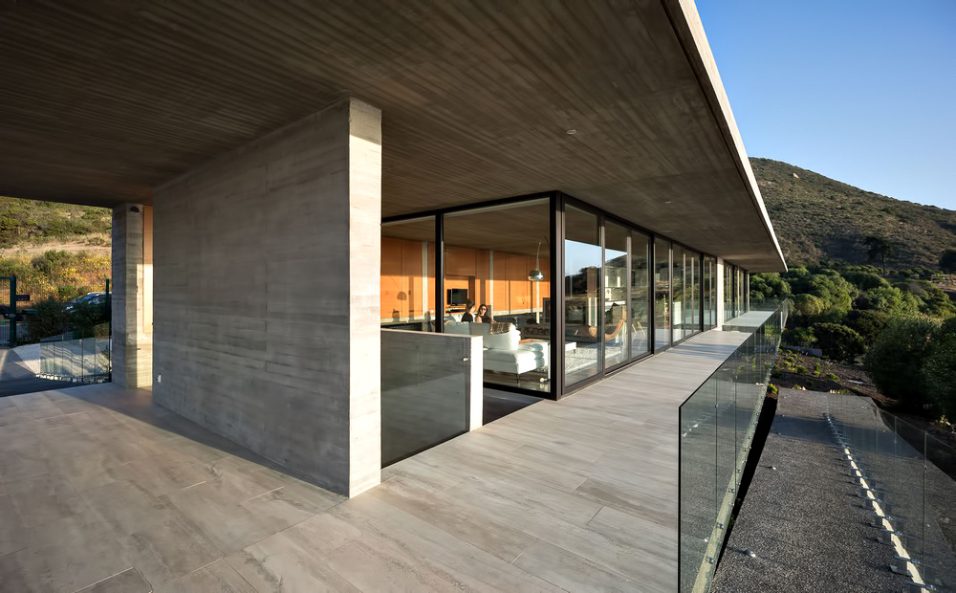 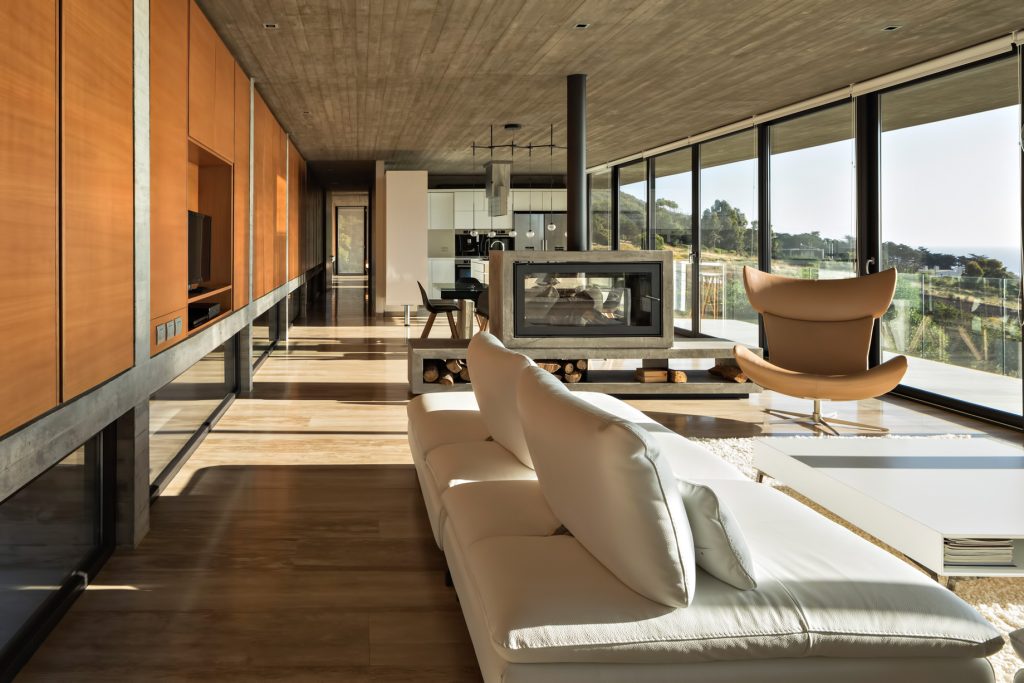 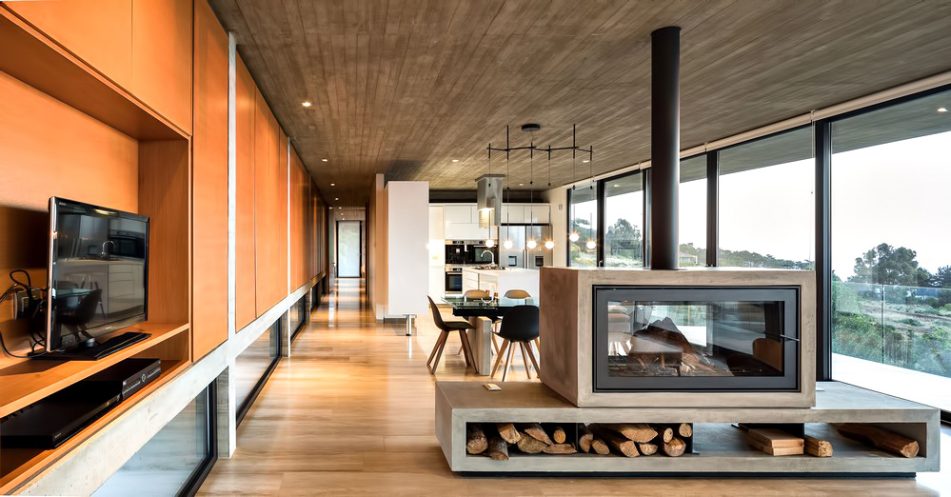 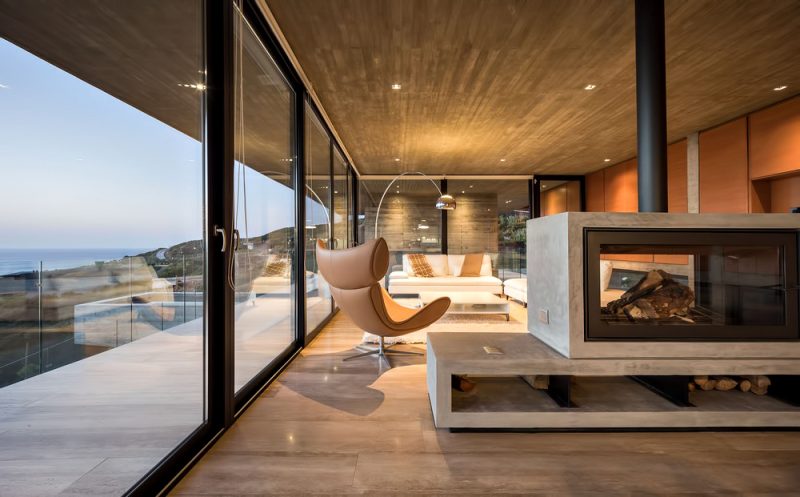 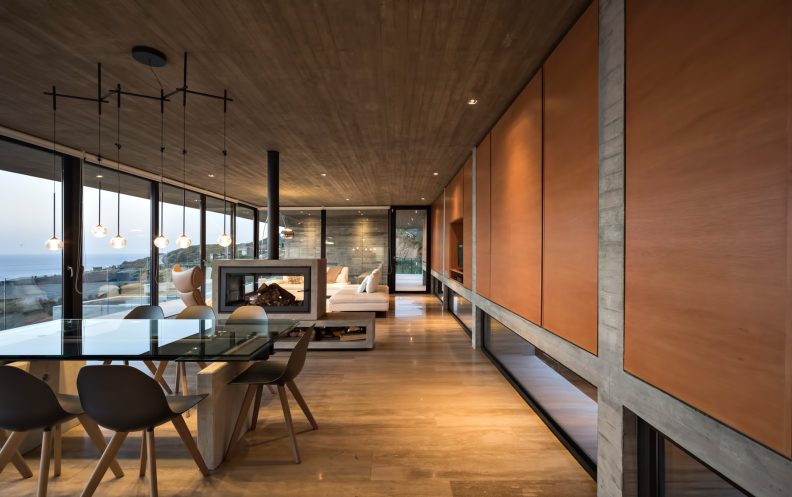 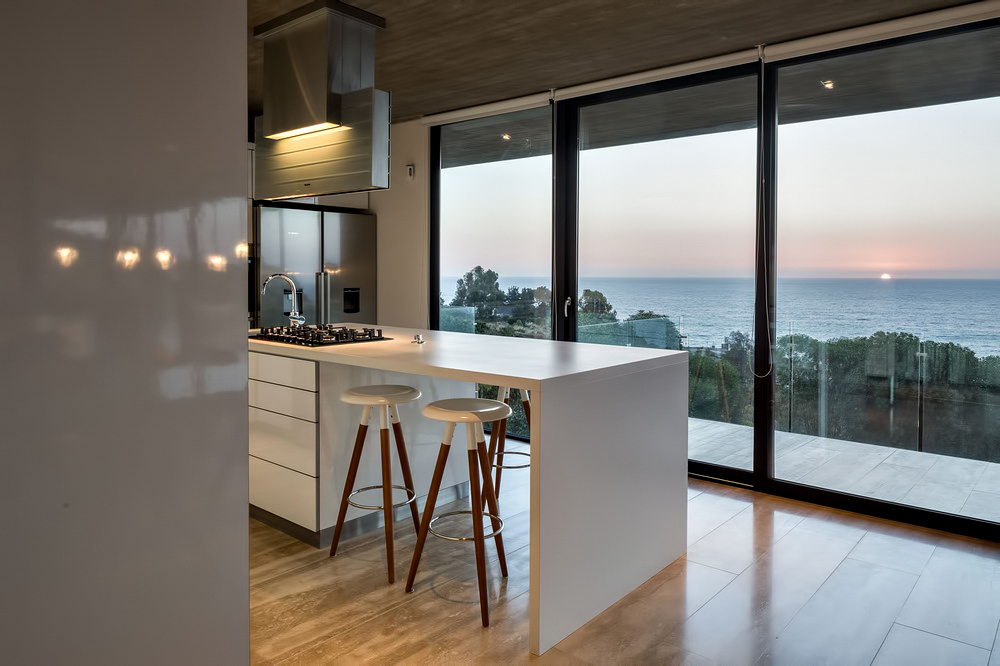 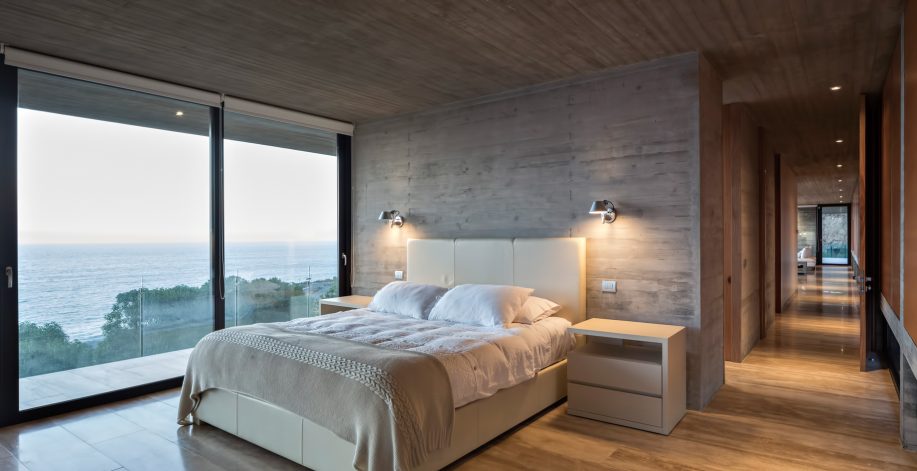 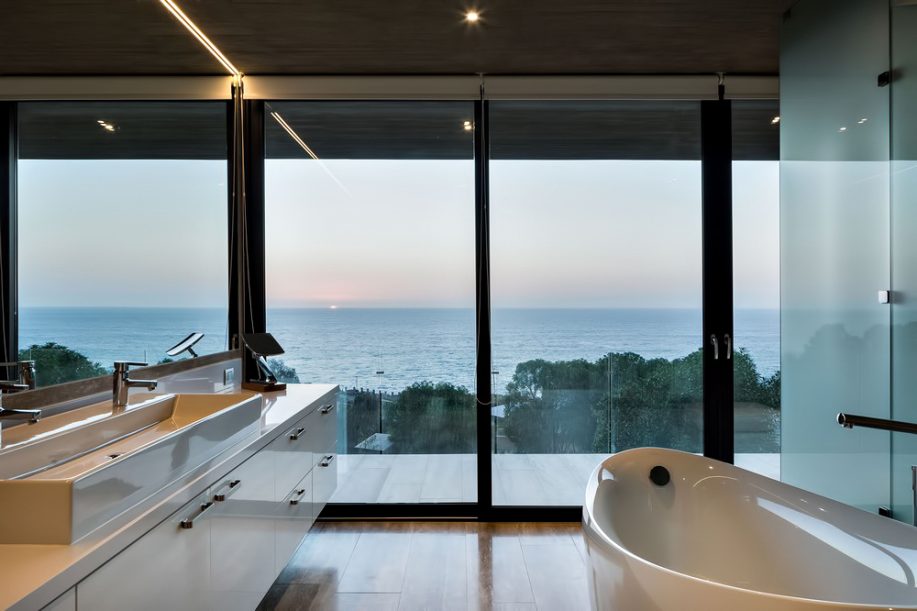 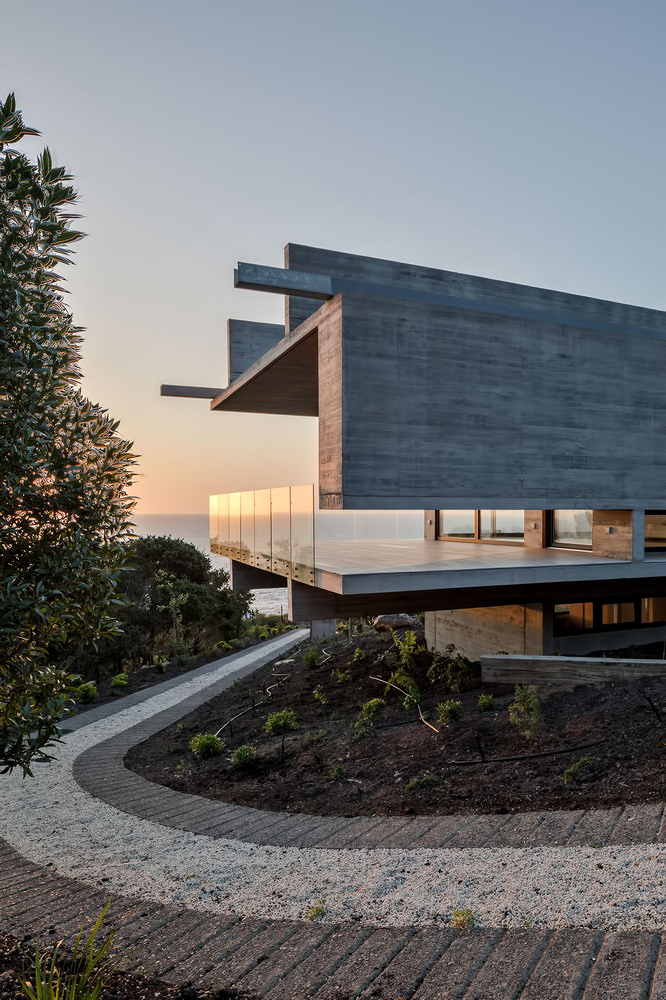 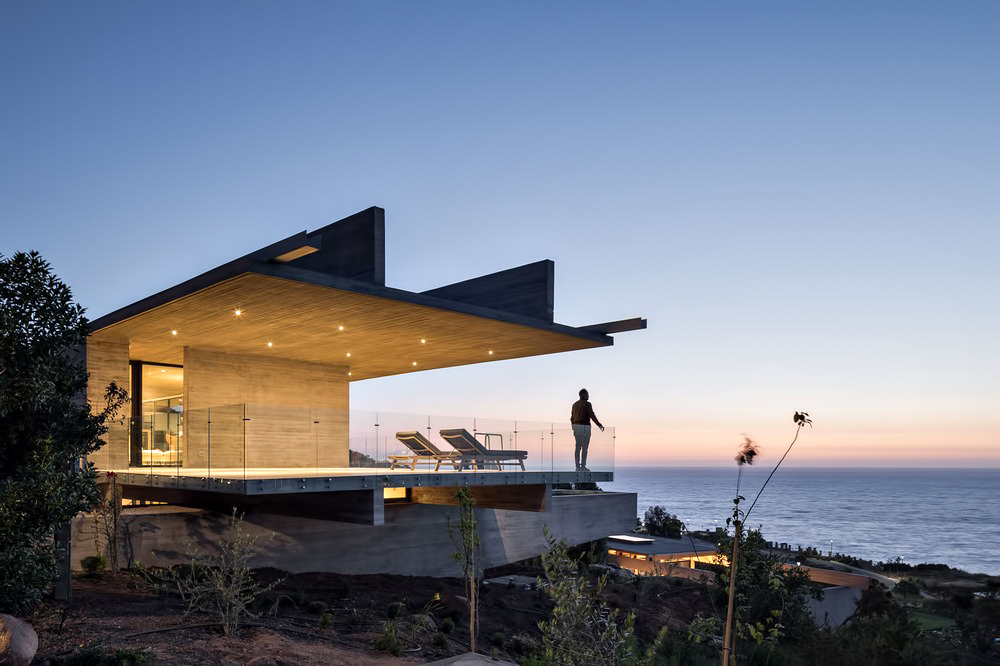 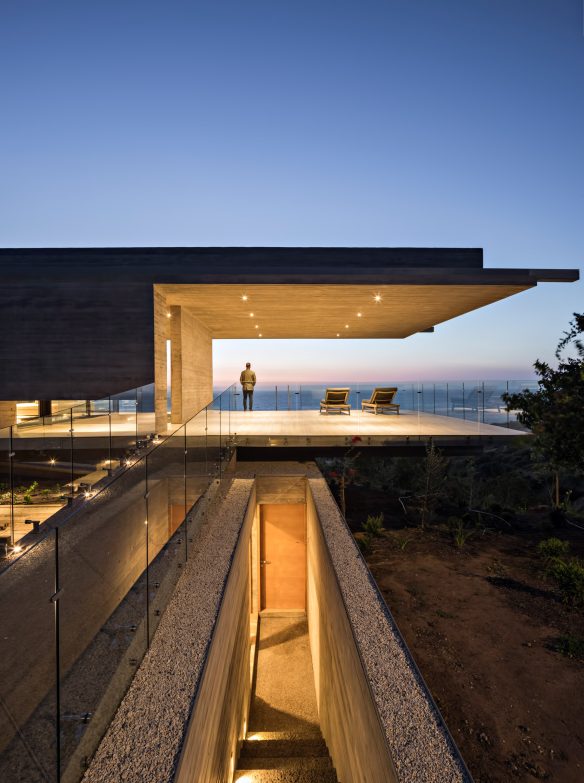 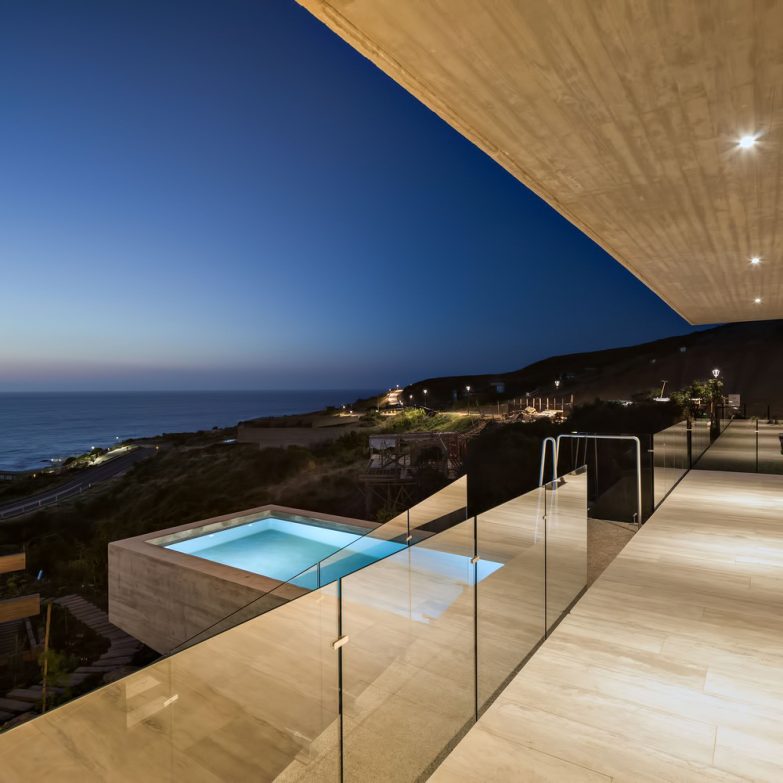 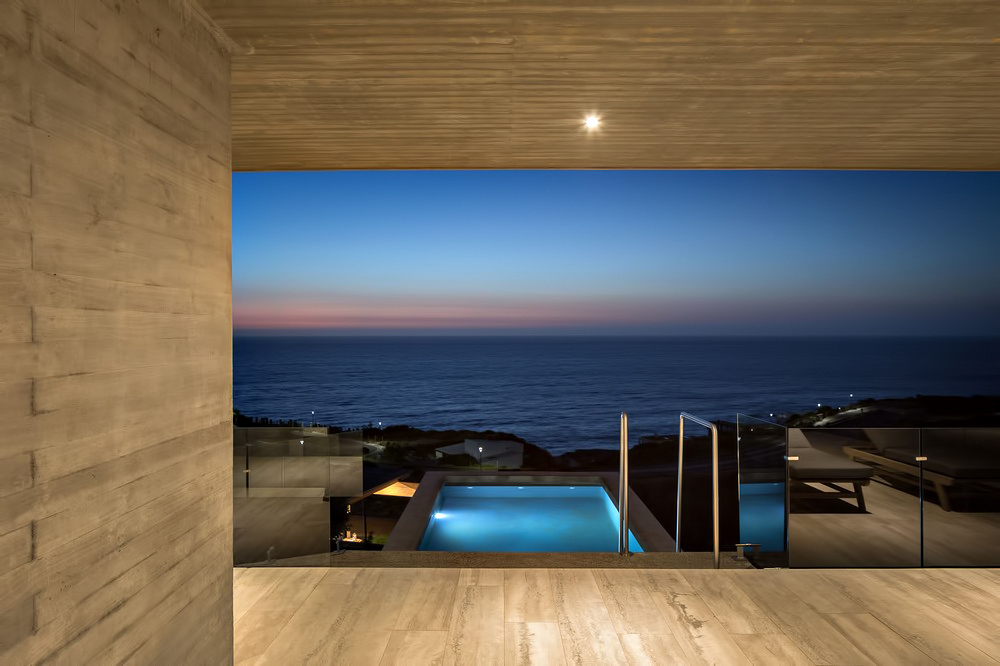 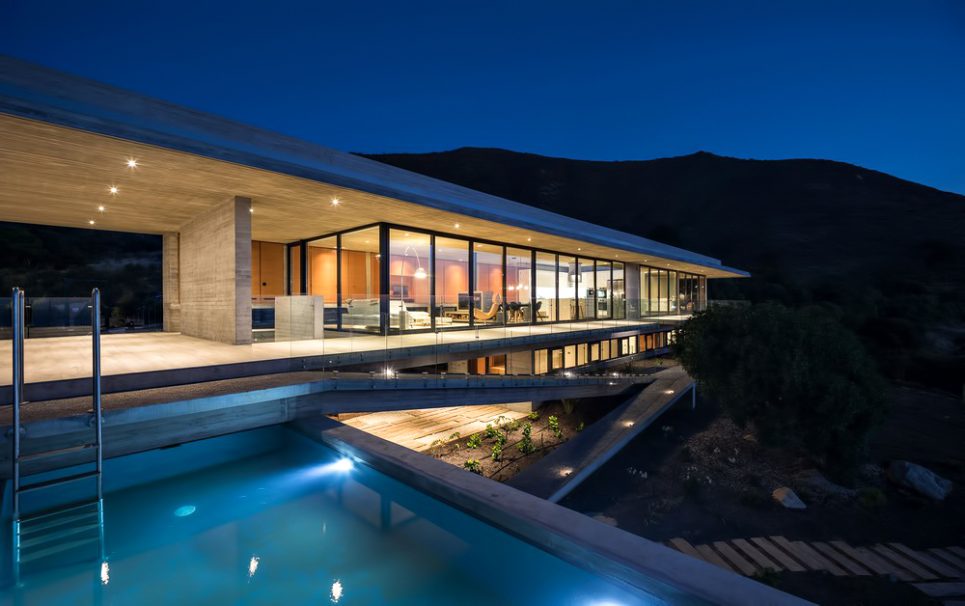 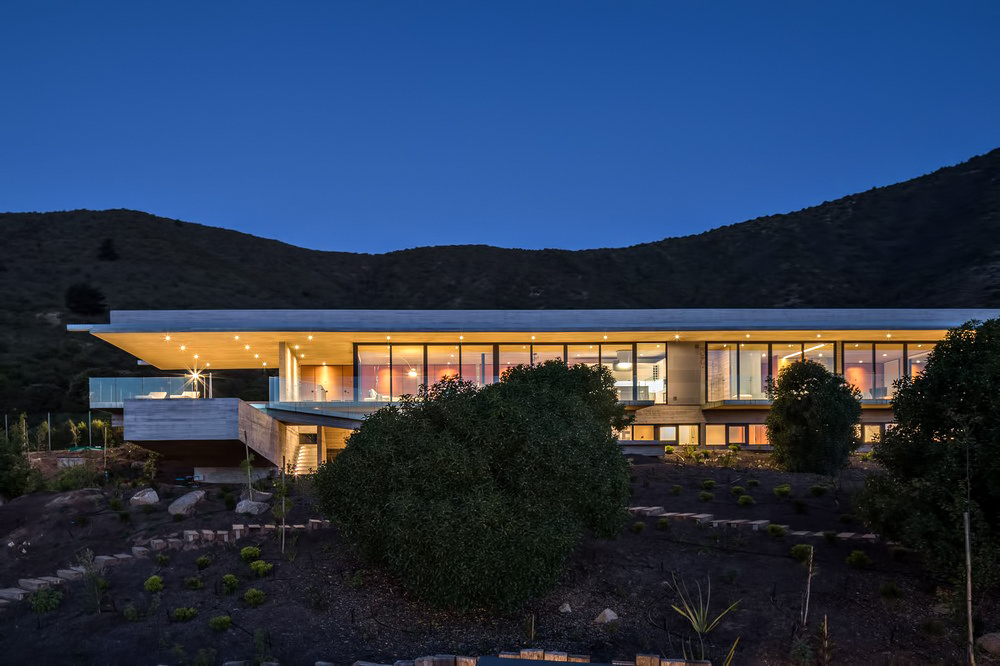 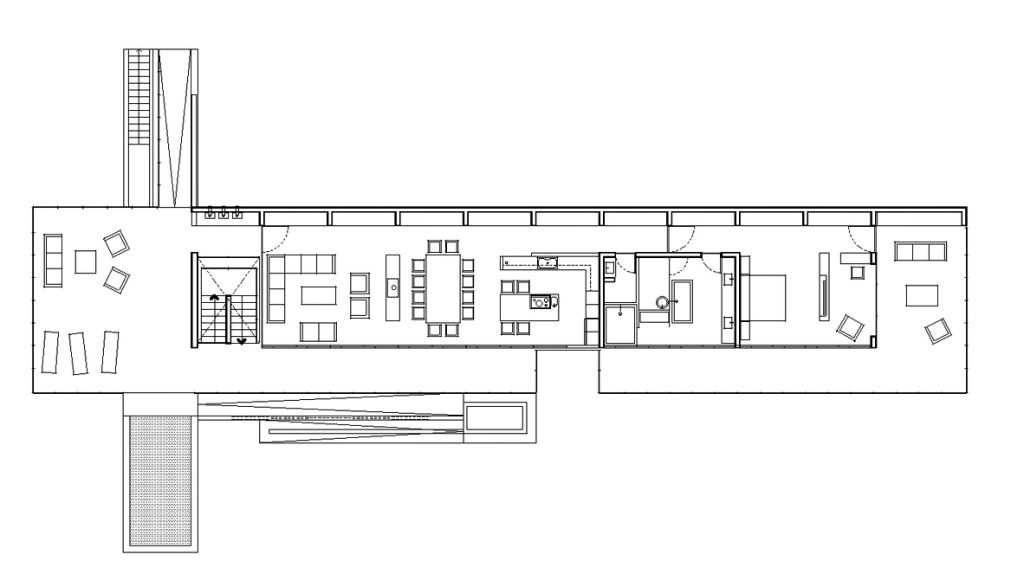 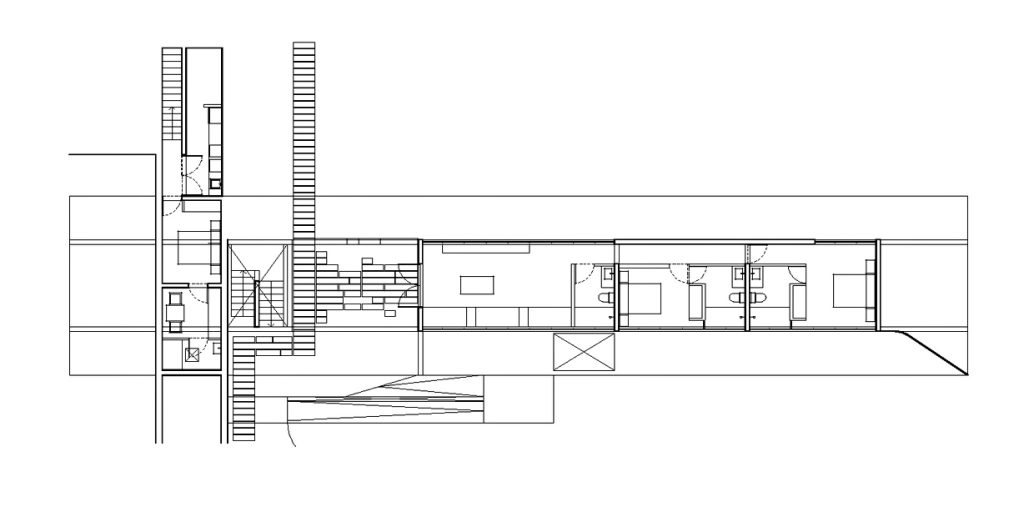