Designed as if it were a funnel of light, space and sea views, this serene residence takes full advantage of its terrain and location on the west coast of the Baltic island of Oland in Sweden. Constructed as a white concrete box that is corseted in the middle, creating slightly sheared wall and roof angles that give the house both its direction and character, while also marking the distinction between the rear private two-storey bedroom section and the communal double ceiling-height front part.

Precast concrete is perhaps not the most common choice for a private house at this scale, but it was ideal for achieving the ultimate precision in manufacturing tolerance and colour/finish. The concrete is not painted or surface-pigmented but solid white, which gives it a wonderful glow.

The joints between the concrete elements are carefully designed and positioned so that, instead of interfering with, they become part of the building’s geometry and expression. The delineation in between is gray to enhance the graphic effect rather than matching the concrete surface so that the structure is treated like a sculptural object in this idyllic setting. 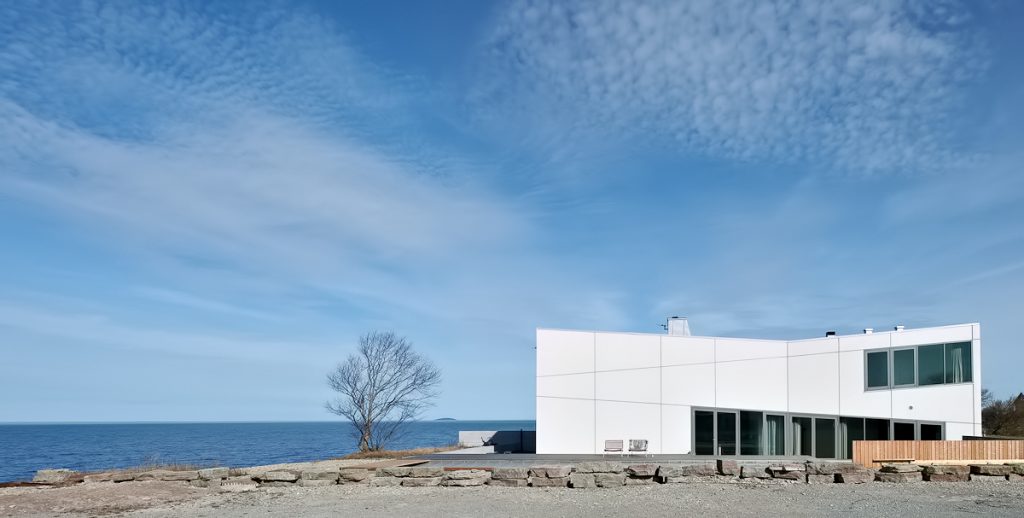 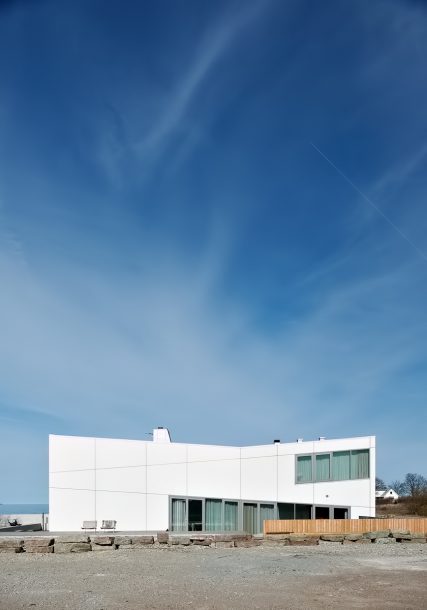 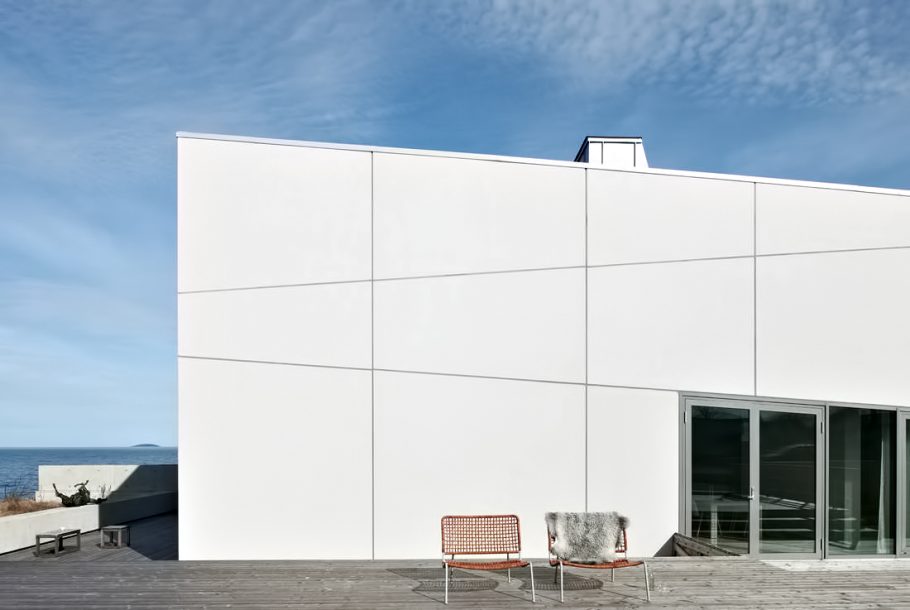 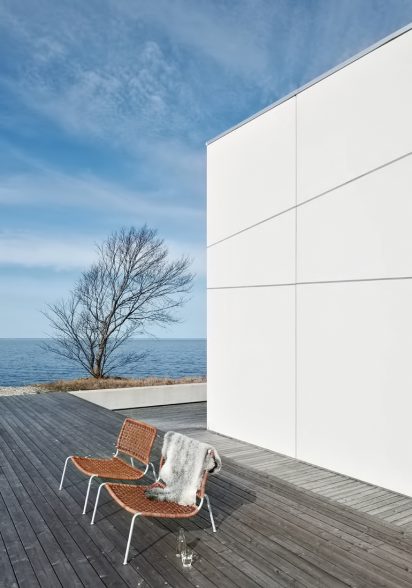 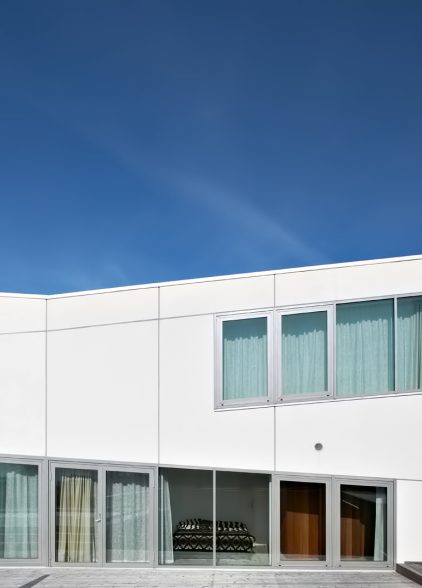 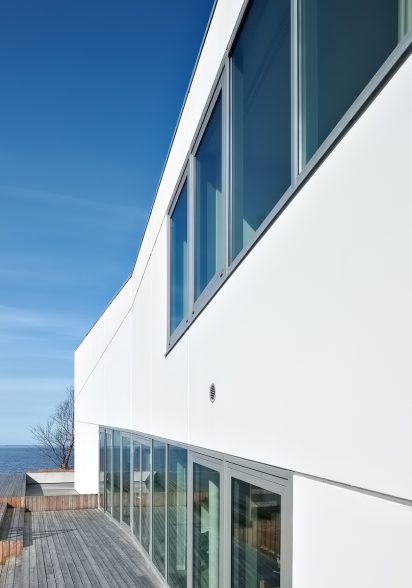 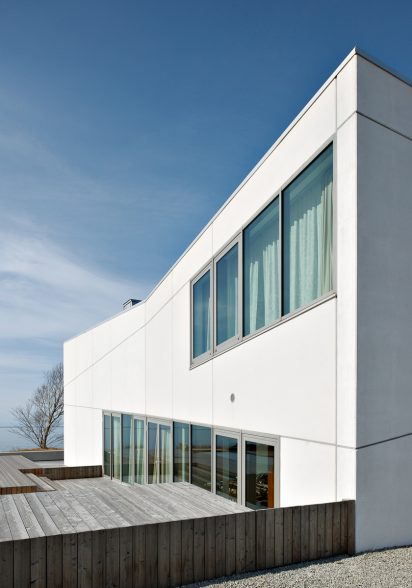 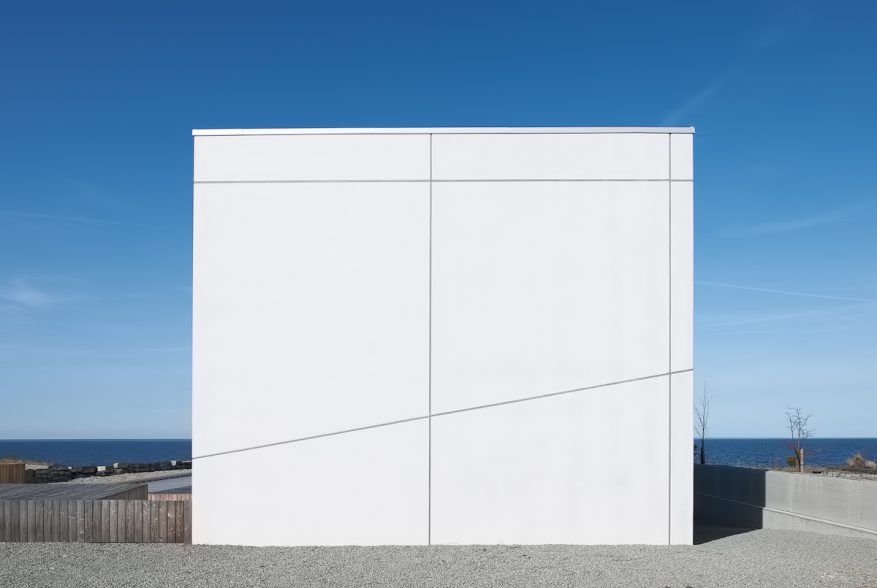 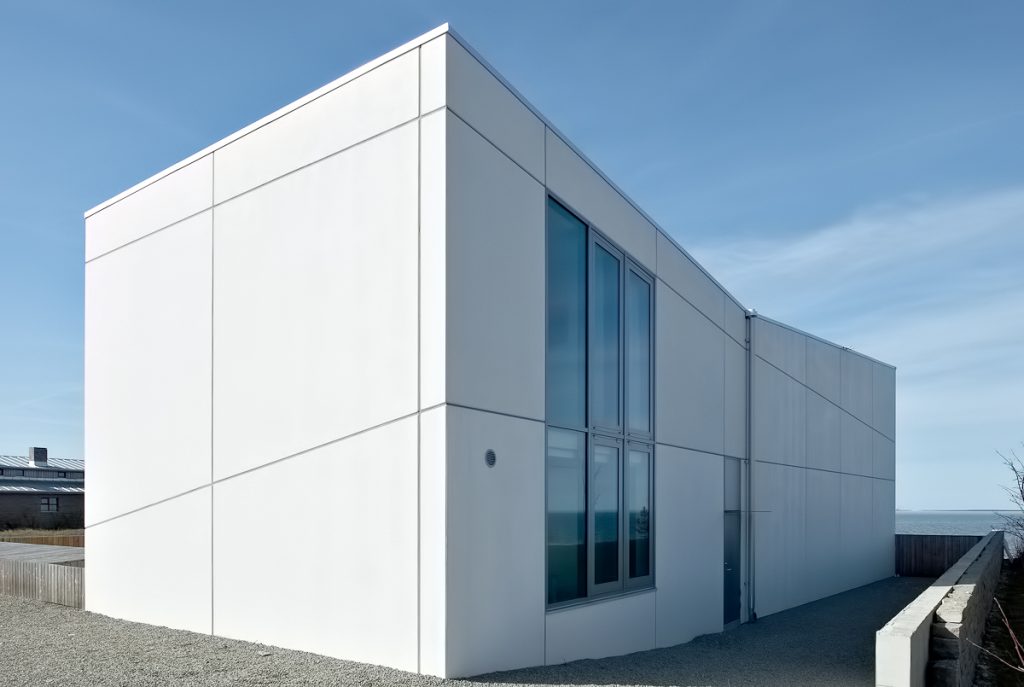 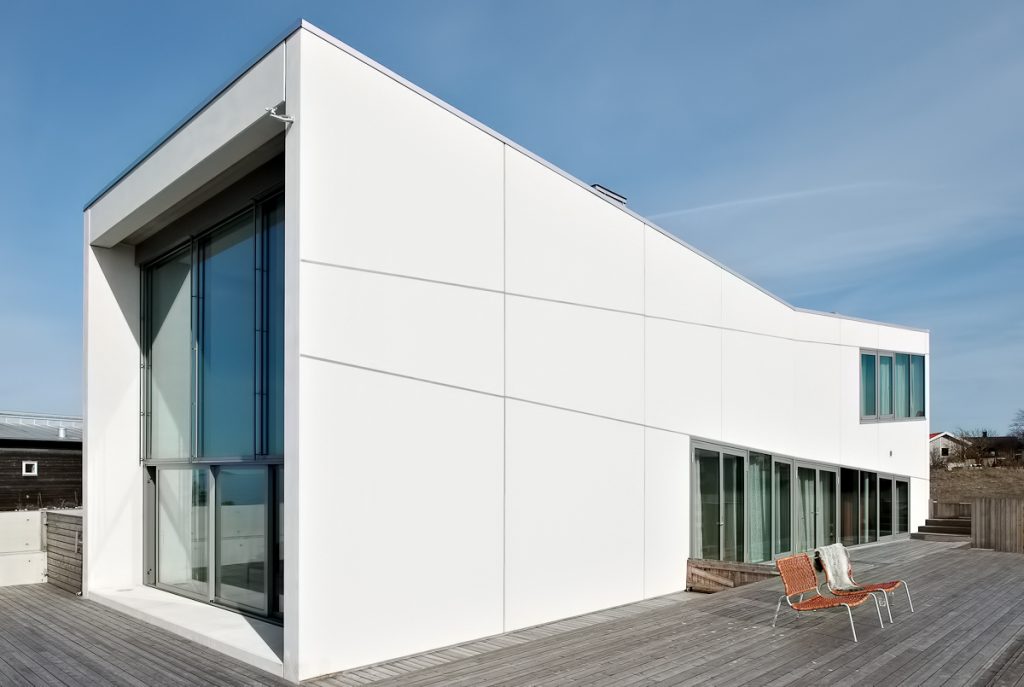 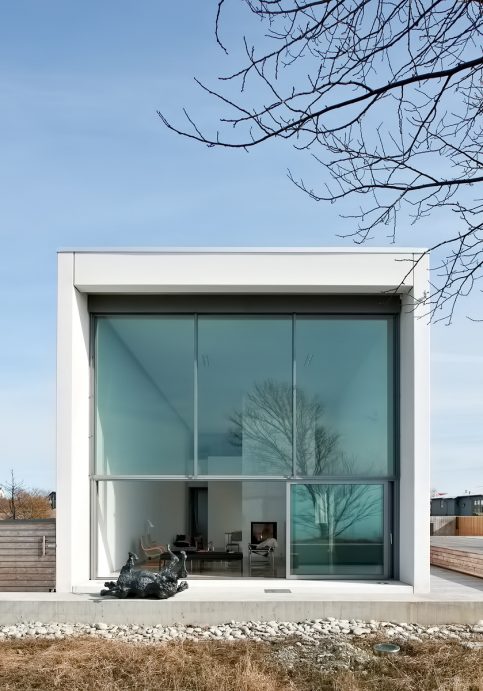 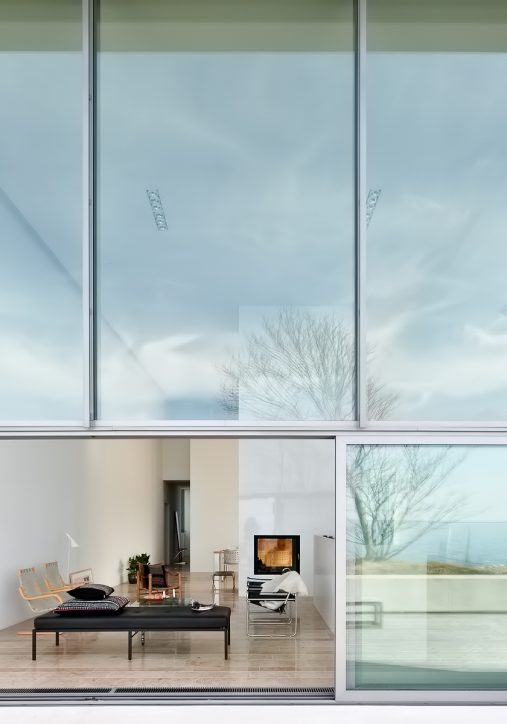 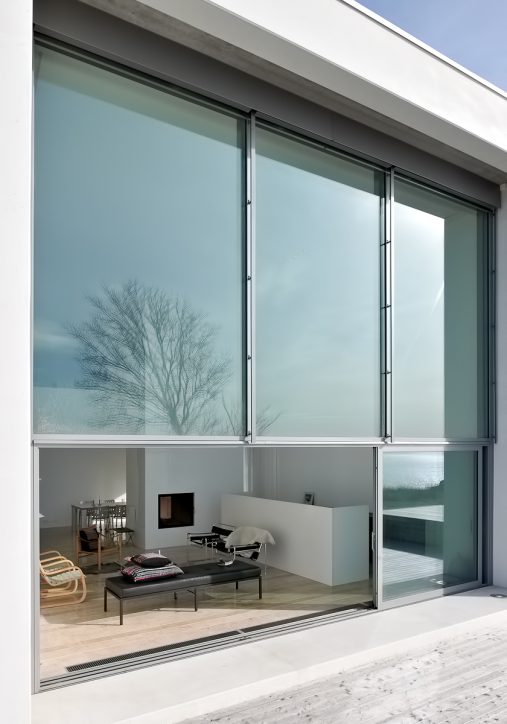 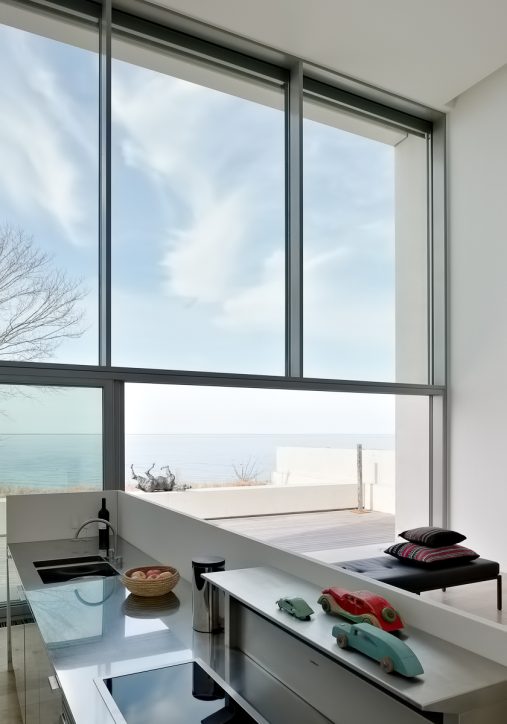 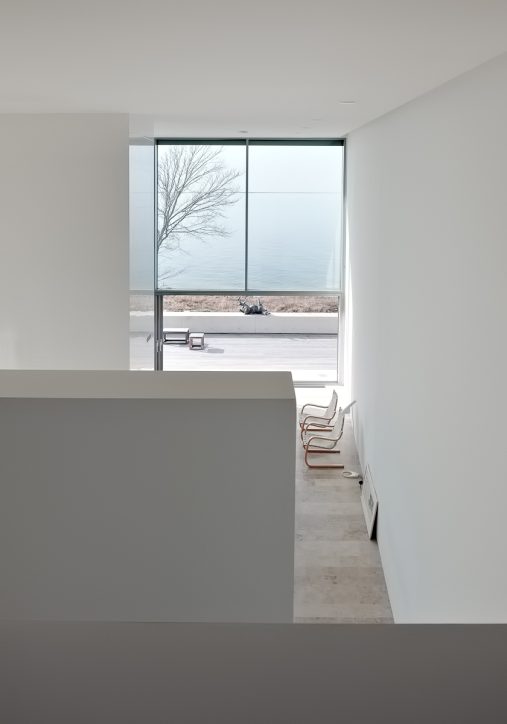 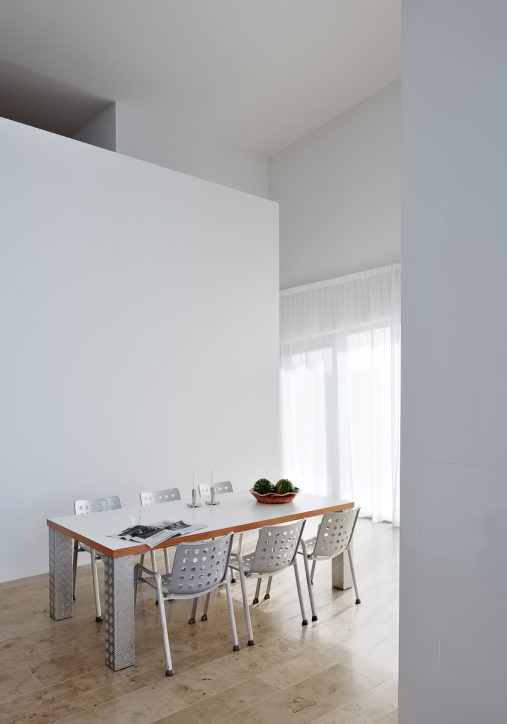 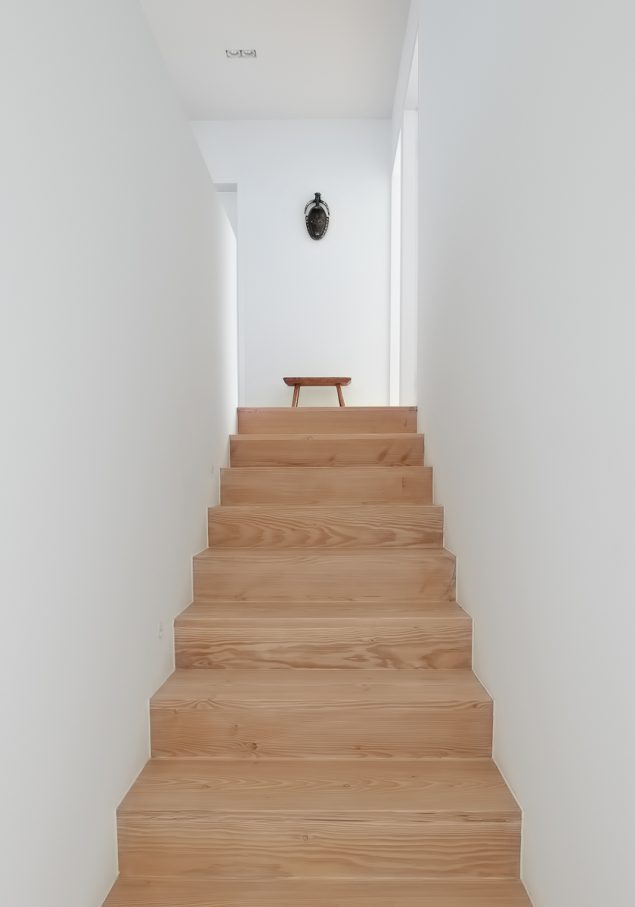 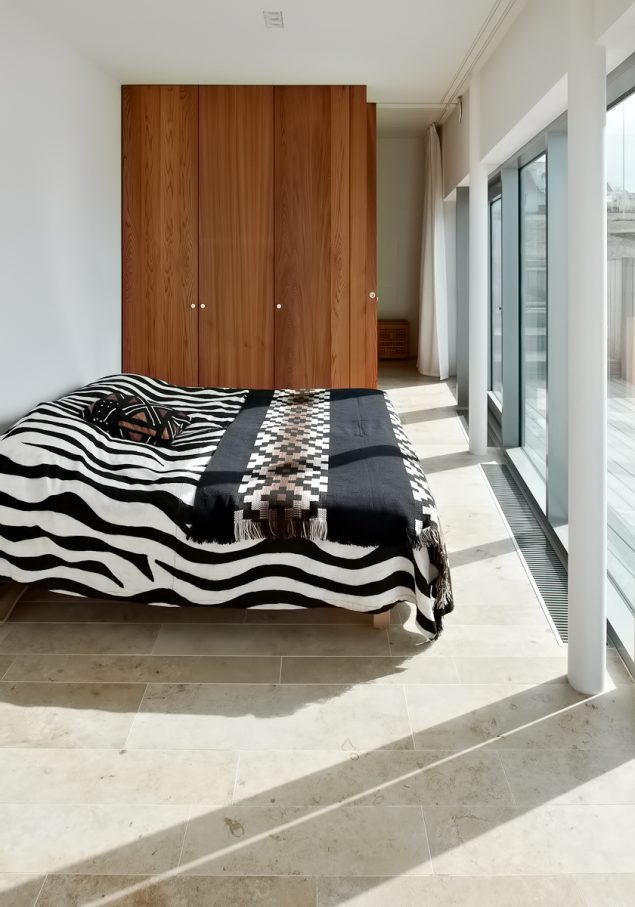 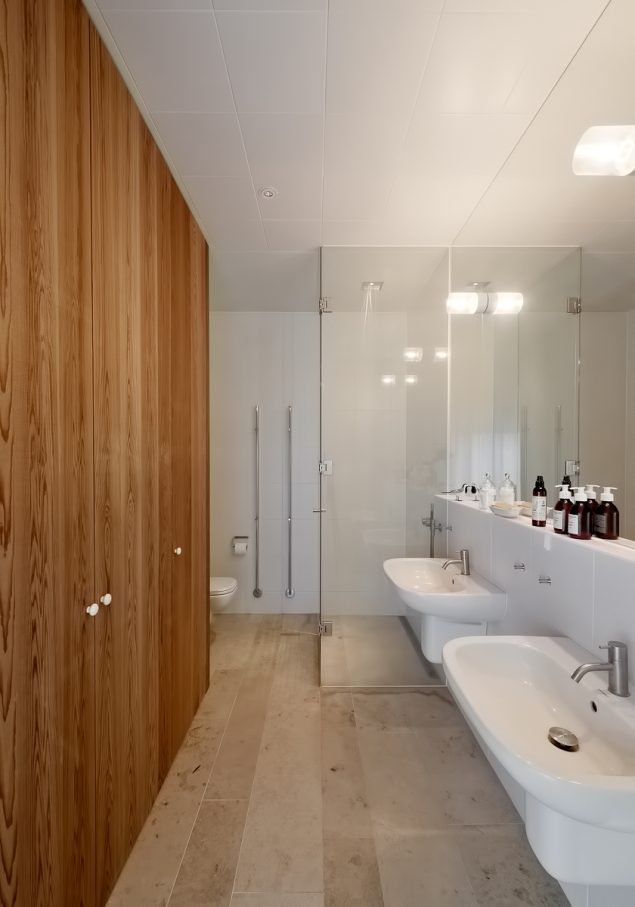 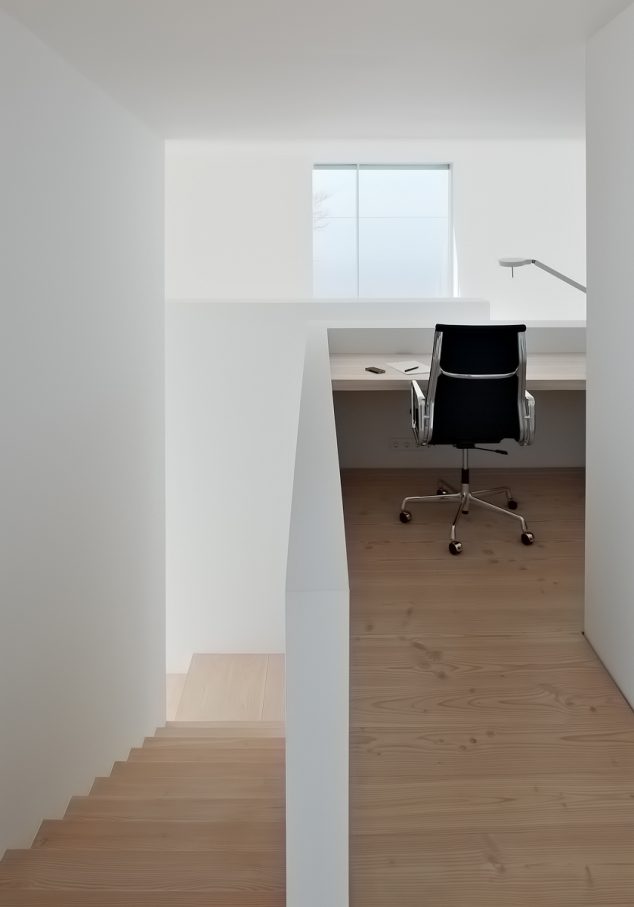 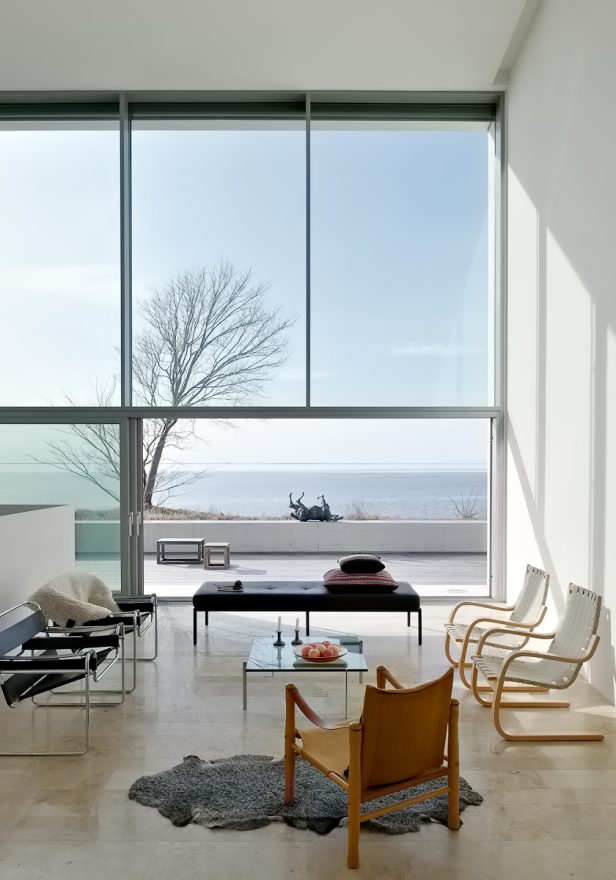 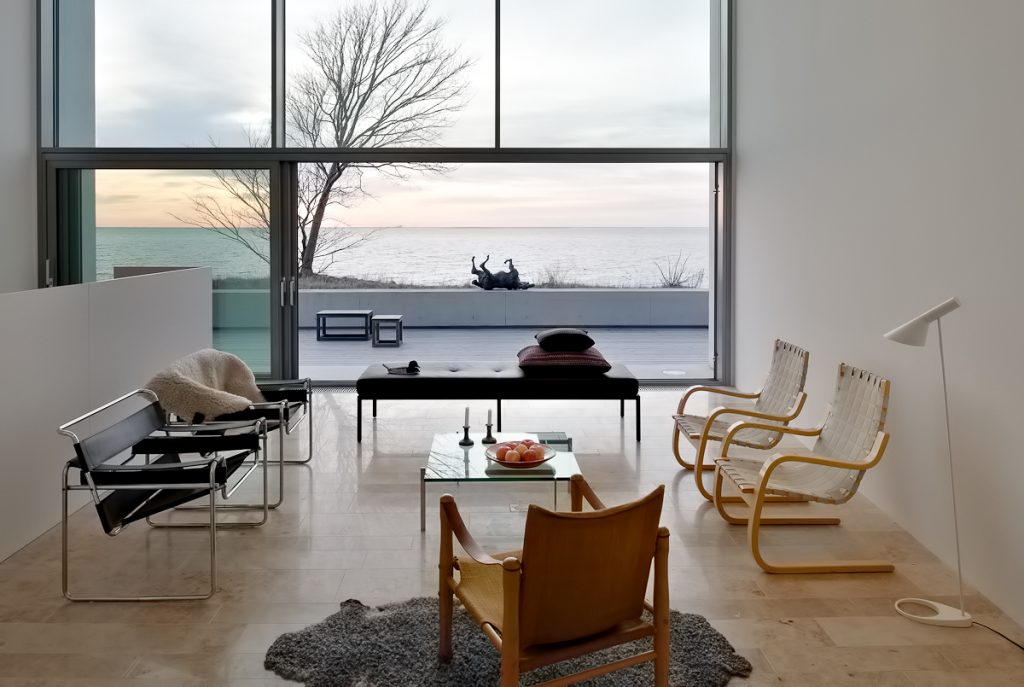 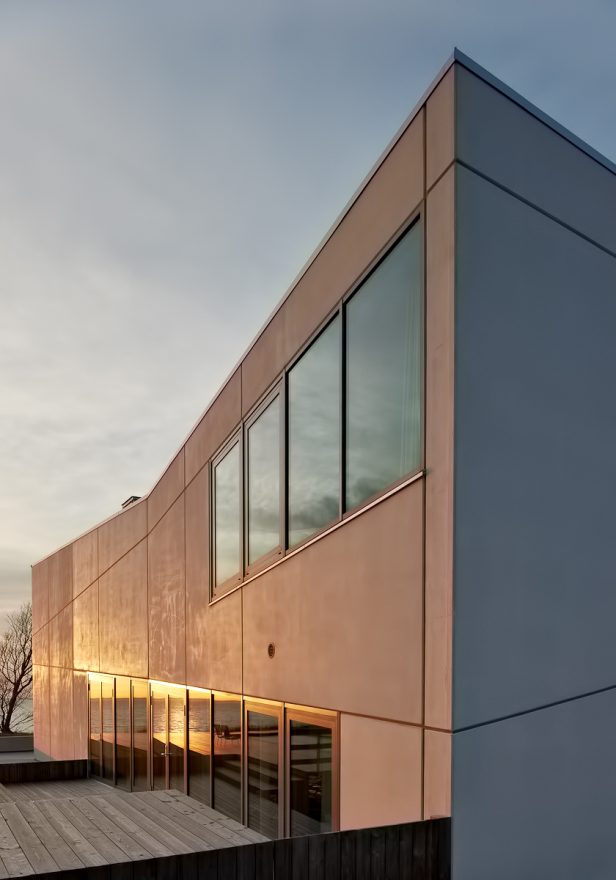 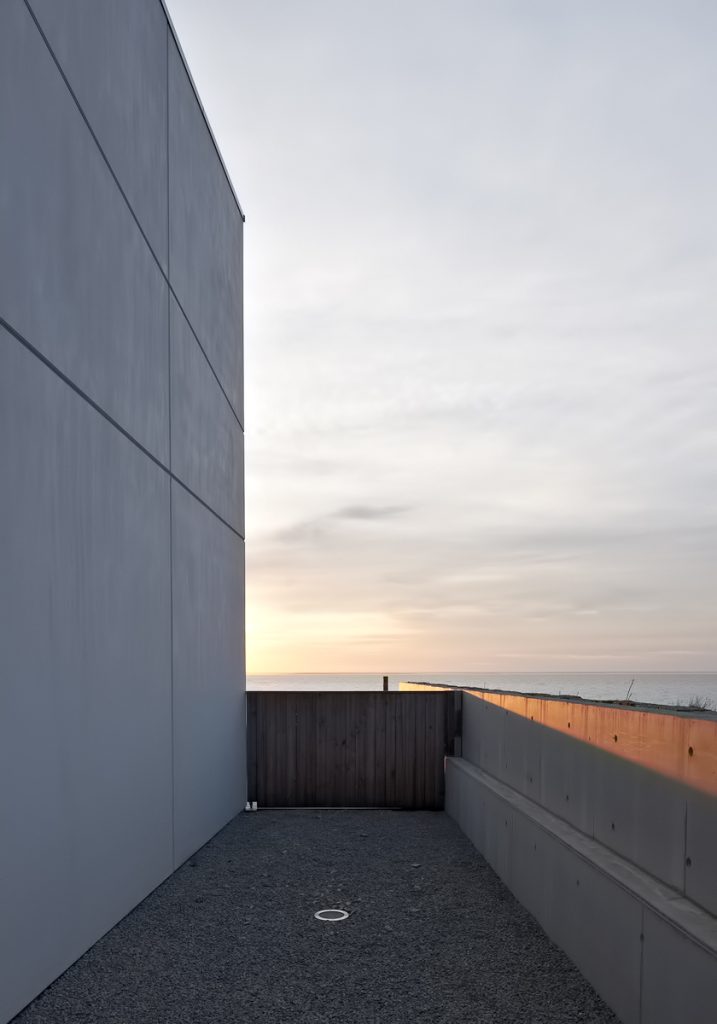 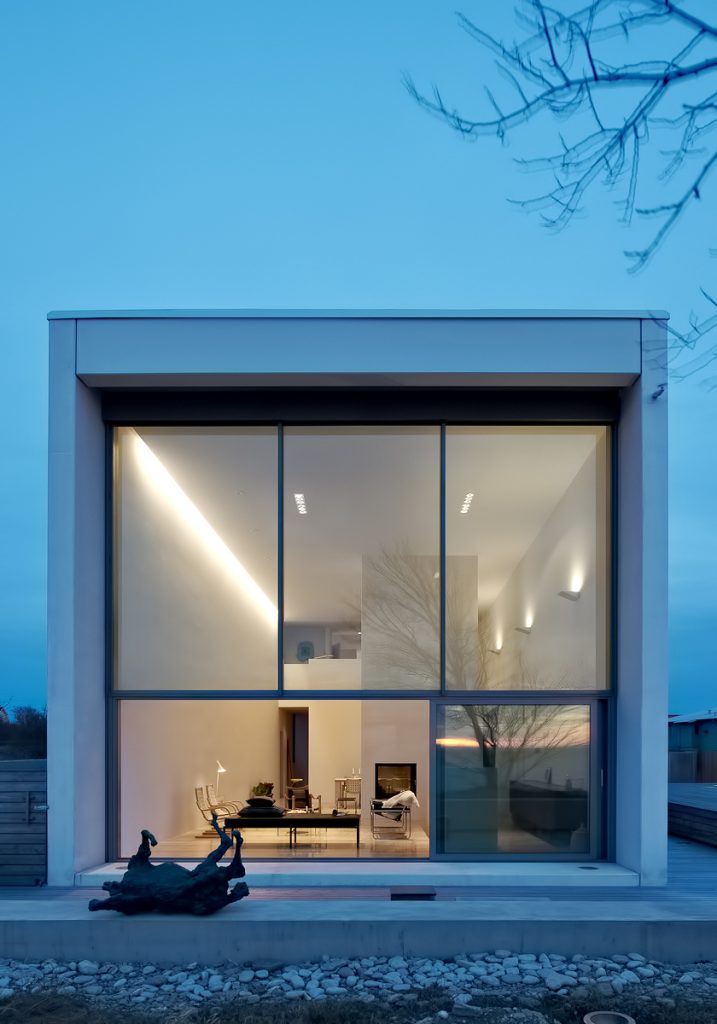 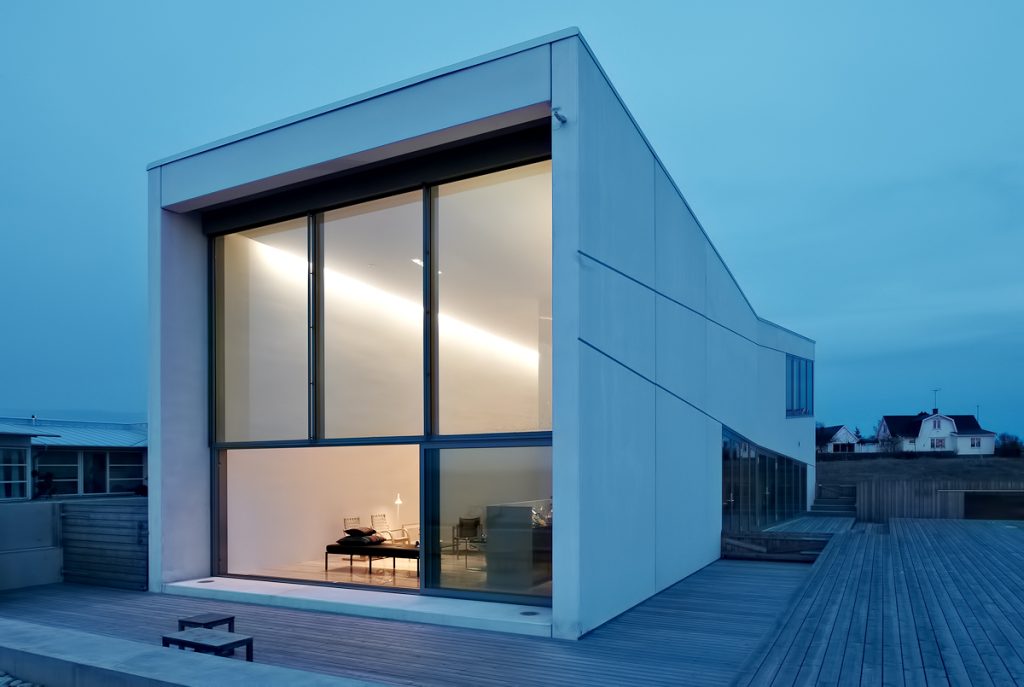 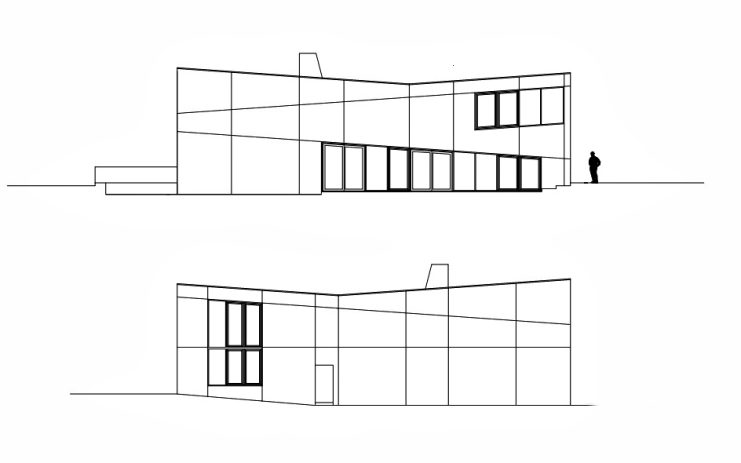 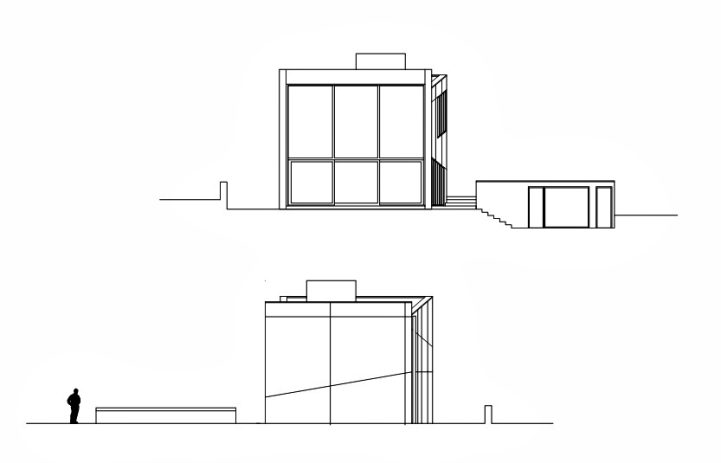 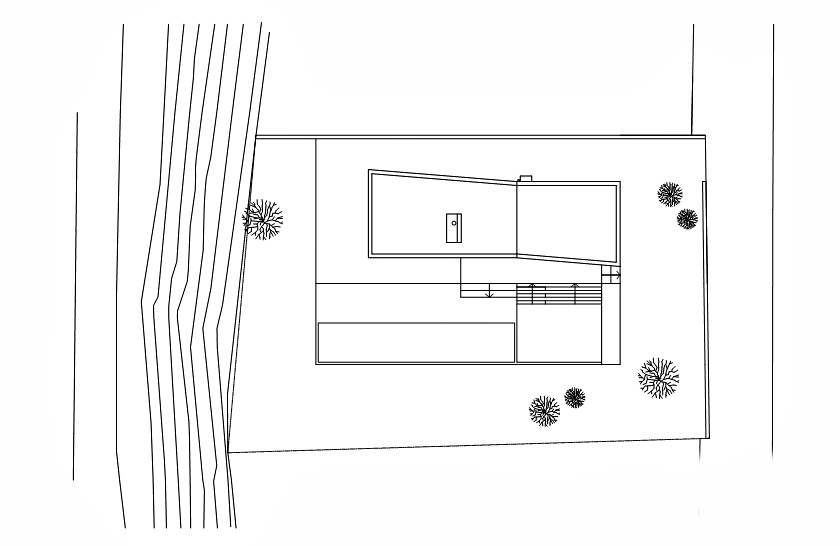