Every year Harbin, China is home to one of the most fascinating ice festivals in the world. The annual winter festival features massive ice and snow sculptures and features a different theme each year.  At night the ice sculptures are colourfully illuminated and appear to come to life as a breathtaking ice city.

Typically, the festival begins on January 5 and usually runs until the end of February, beginning of March weather permitting. Over time it has grown exponentially to become the largest ice and snow festival in the world. In the past, the participants used to be predominantly Chinese, but since its induction as an international festival and competition things have changed. Every year, there are many ice and snow sculpture artists and experts from America, Canada, Japan, Singapore, Russia, China and other nations that assemble together to participate in the competition, exhibit their works of natural art and communicate with each other in the ice and snow world. More than ten thousand workers build the ice and snow structures in just 15 days, an impressive feat.

Nowadays this festival has evolved and attracts several millions of tourists each year from China and all over the world. Each year they hold their own opening ceremonies in addition to fireworks displays and a series of theatrical performances celebrating the grandeur of this event. The sheer magnitude of the festival is definitely a sight worth seeing. This festival is said to be one of the most wonderful 35 tourist attractions in China but having seen many tourist attractions in China and elsewhere around the world, I would personally place this in my top 5 favourite attractions.

Harbin is located in the northernmost Heilongjiang province and is its capital city; home to just under 11 million people. Siberian Russia lies just a few hours to the north, the reason for the frigid weather. The average temperature in the winter is -16.8°C (1.8°F), with lows dropping as much as -38.1°C (-36.6°F). This arctic climate allows this festival to operate functionally and for such an extended period of time, also providing the city with an abundance of natural ice and snow to work with. Harbin has been known as ‘Ice City’ due to the city having the longest and coldest winter in China, perfect for hosting its own spectacular ‘Ice City’ exhibited within the festival.

There are two main exhibition areas housing the International Ice and Snow Sculpture Festival, although ice sculptures are also erected throughout the city. Sun Island features the exposition of enormous snow sculptures and is located on the opposite side of the Songhua River. During 2007 I visited the Snow and Ice Festival, and it featured a Canadian themed sculpture in memoriam of Canadian doctor Norman Bethune. The sculpture depicts Niagara Falls and Crossing the Bering Strait accompanied by the famous Niagara tour boat, Maid of the Mist. It is astonishing that this same sculpture was later awarded the Guinness Record for the world’s largest snow sculpture, measuring 250 metres long and 8.5 metres high, utilizing over 13,000 cubic metres of snow.

Ice and Snow world is the other main exhibition area located in Zhaolin Park, and is a definite must see event for this enchanting ice festival. The park is an area with structures made from blocks of ice taken directly from the nearby Songhua River running through the city.

At night the park’s sculptures are illuminated, creating a magical-like atmosphere mesmerizing its millions of visitors each year. From day to night this park is transformed into a dynamic visual experience, like walking into a world unlike no other.

Harbin has a short history in China, the city being only 110 years old. Despite its short history, the festival itself has roots dating back to 1963, originating as Harbin’s traditional ice lantern show and garden party. During the cultural revolution in China the festival was interrupted. It later resumed in 1985 with Zhaolin Park announced as the new venue for the annual event, transforming into the major festival it is today. The festival also normally spans over three very important Chinese festivals: New Year’s Day, Spring Festival, and Lantern Festival making it an even more significant Chinese event.

The annual festival is a very important part of northeastern Chinese culture; it represents Harbin’s own local customs and cultural foundations and Chinese creativity. The light encapsulated multi-coloured ice sculptures are the festival’s main feature as works of ice art and are arranged according to different themes depicting Chinese classical masterworks, European folk tales and customs among others.

Every year the theme of the festival changes, although some sculptures have been recreated over the years due to overwhelming popularity. You can see a variety of objects each year such as buildings, gardens, flowers, waterfalls, European style churches, lions, tigers, dragons as well as different artworks depicting the year’s chosen theme. In the day they are magnificent to behold, but by night they contain a heightened level of beauty and amazement for visitors. Many of the structures are also interactive such as castles, mazes and slides, allowing visitors an elevated tourist experience.

Due to the popularity of the festival, Disney decided to sponsor and partner with the event in February of 2009, showcasing many Disney characters, princesses as well as Disney themed buildings and moments. It is incredible to know that a festival in Northern China was recognized by Disney and fortunate enough to have them as a featured sponsor.

In 2014 the International Ice and Snow Festival celebrated its 30th Anniversary with the theme “50 Year Ice Snow, Charming Harbin”. That year’s festivities ran an extended length of time, from December 2013 through February 2014 because of its significance. Nowadays in addition to the two main expositions, there are also many other winter events included. This year’s 2015 theme was “Ice Snow Harbin, Charming China Dream” and included the traditional opening ceremonies and fireworks shows and accompanying the 2 main expositions there was winter swimming winter fishing, group wedding ceremonies, fashion shows, concerts and various ice sport games. As the festival has grown, so have the array of different winter events, adding their own contributions to this great festival of winter art. 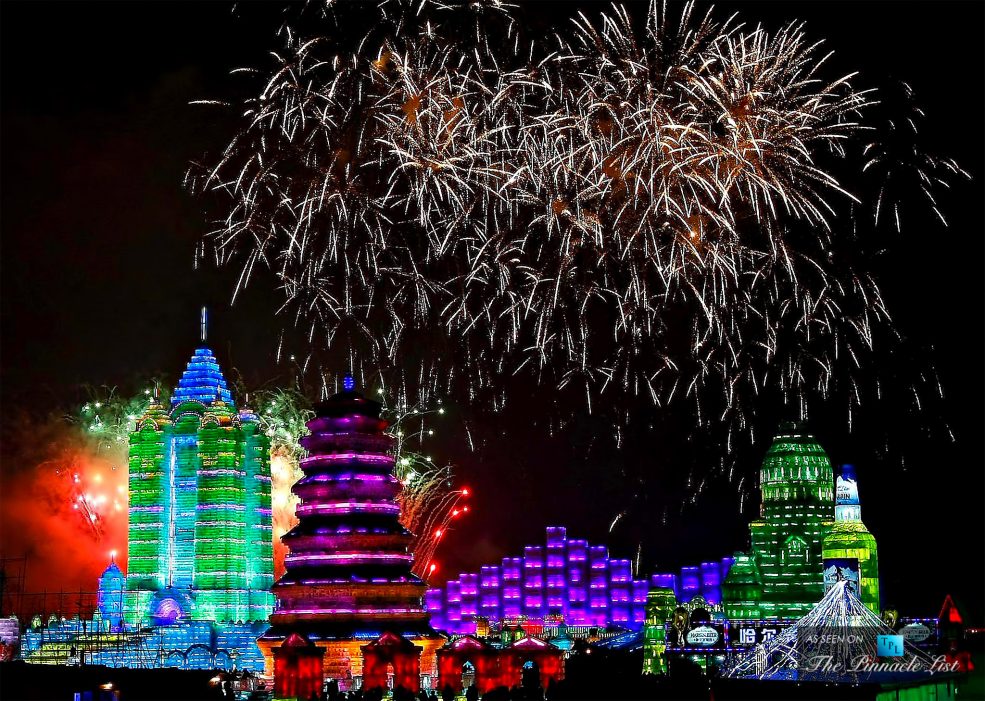 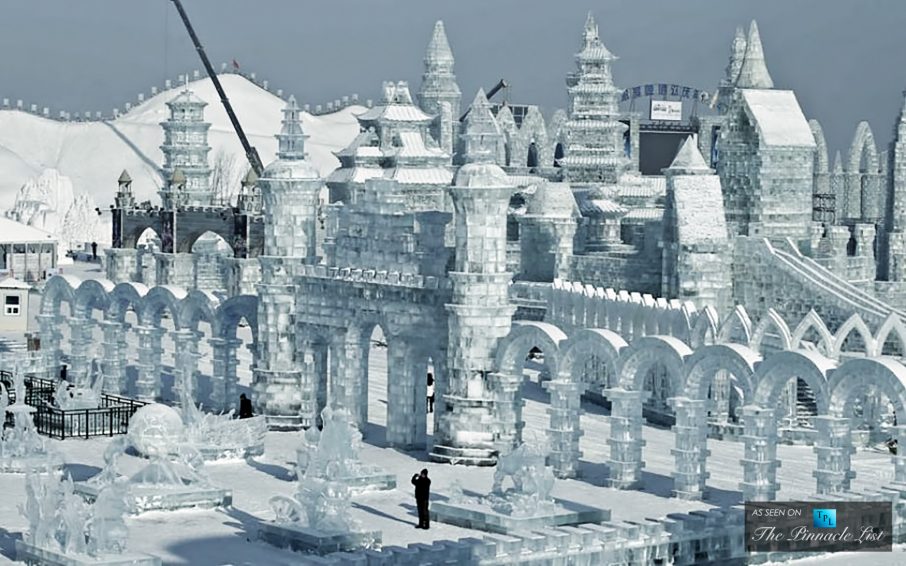 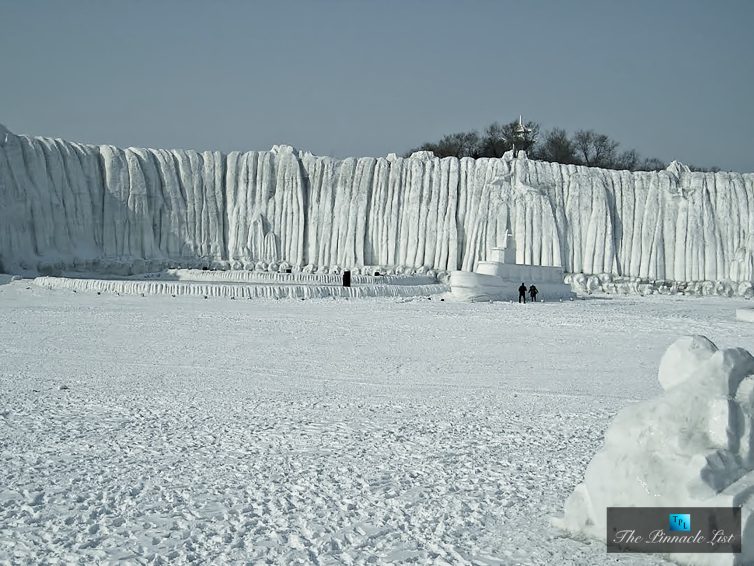 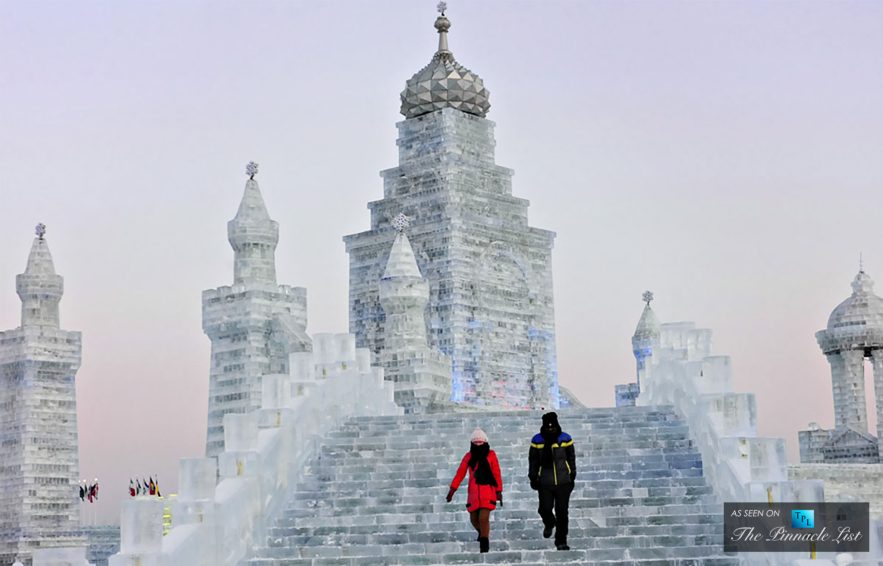 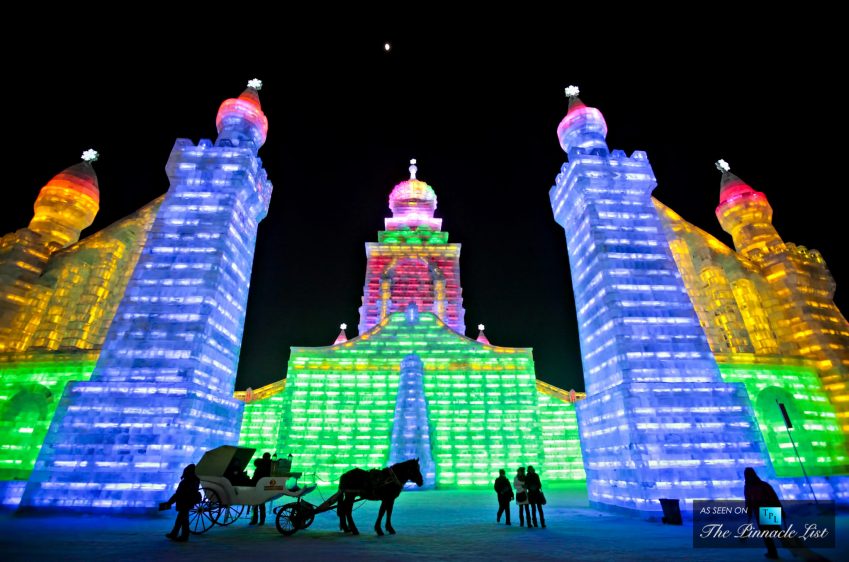 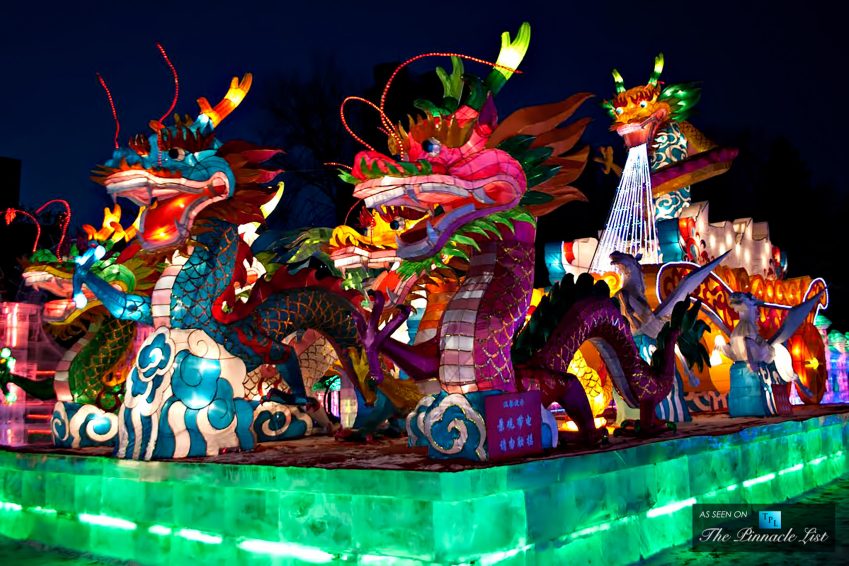 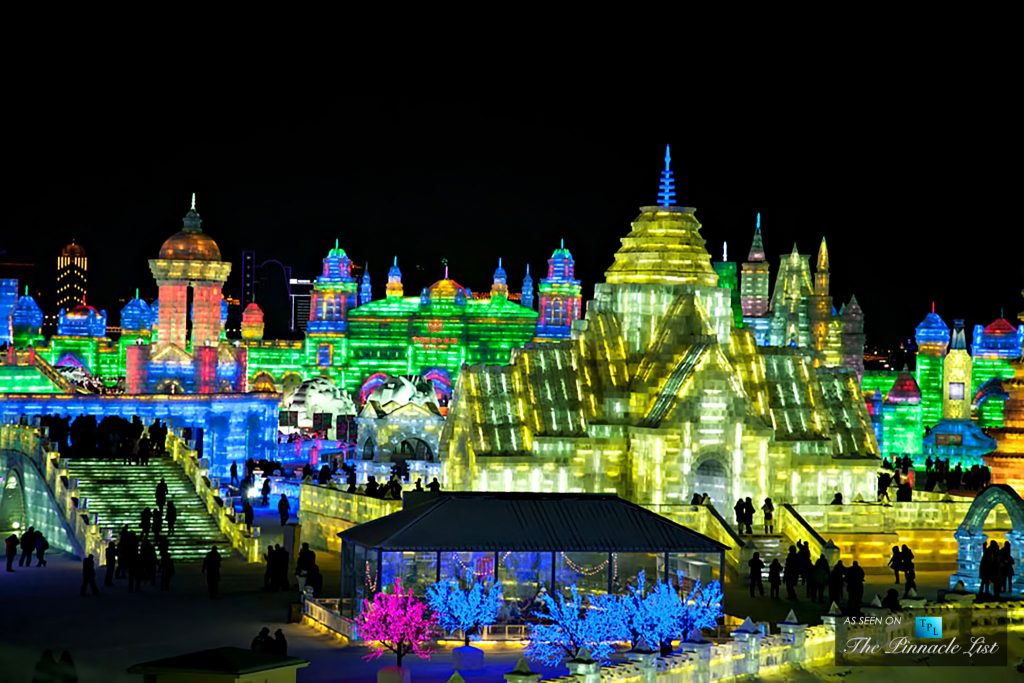 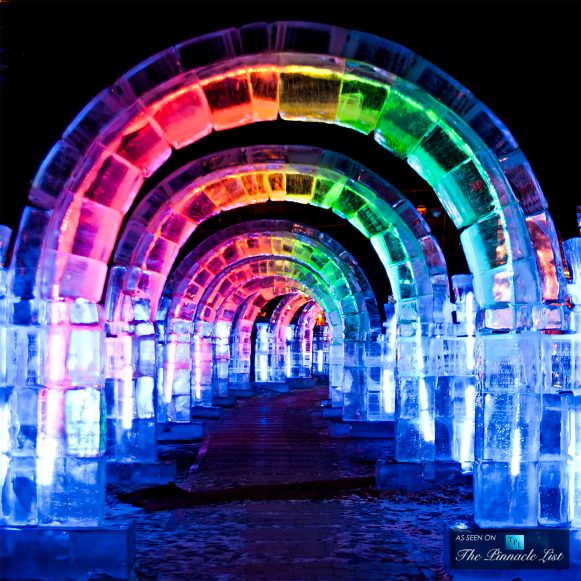 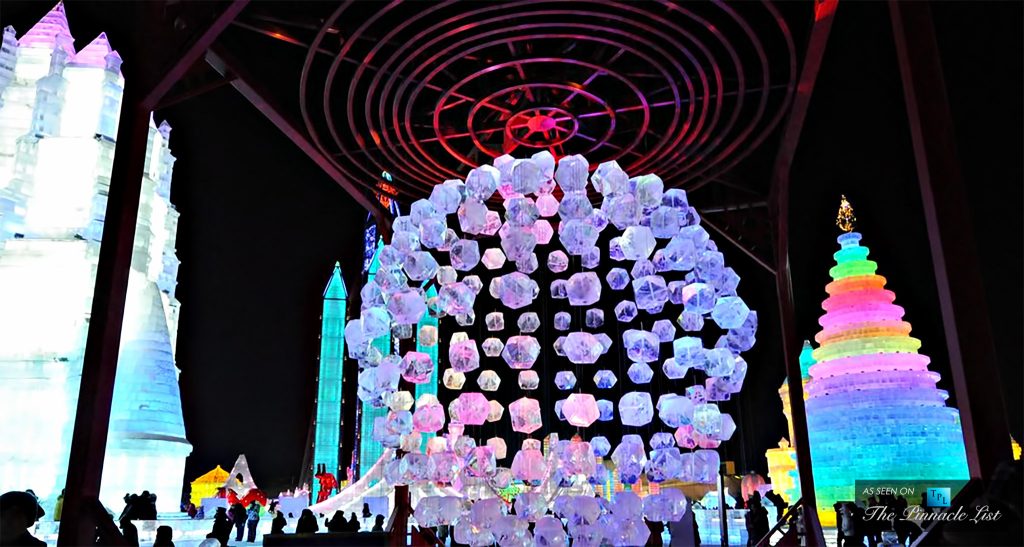 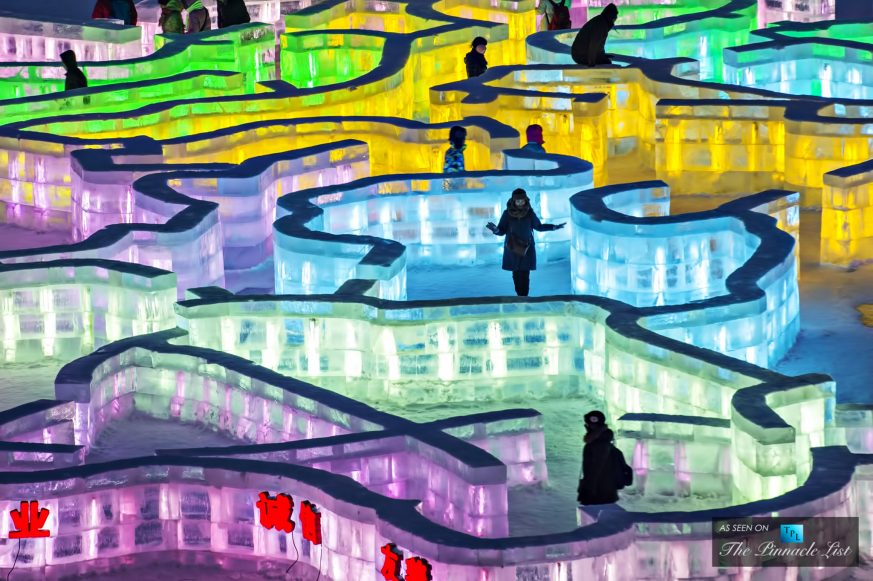 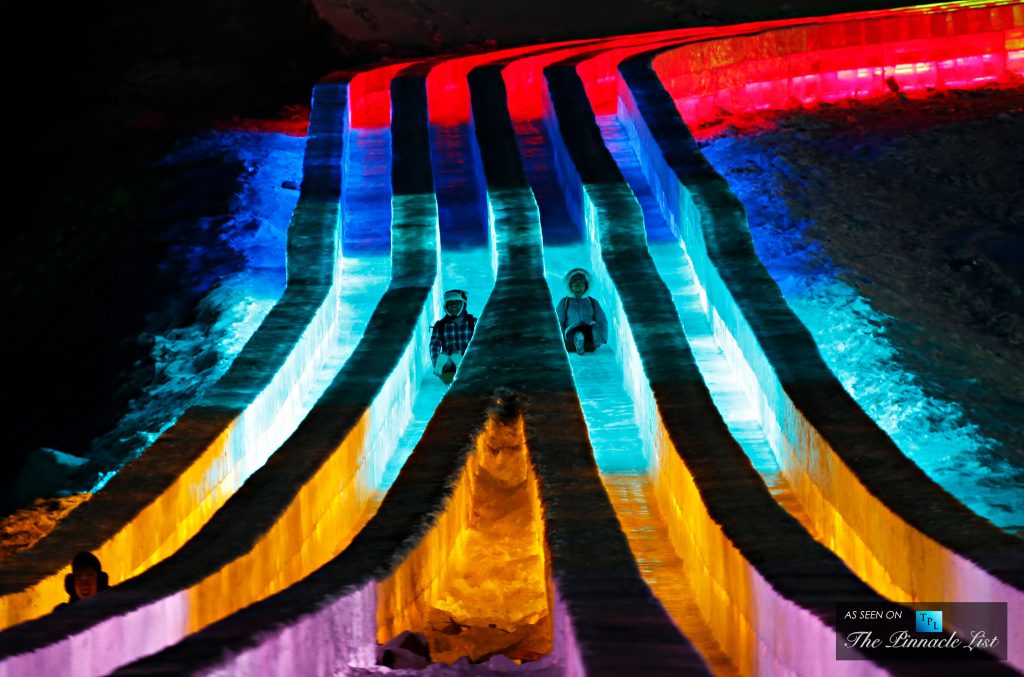 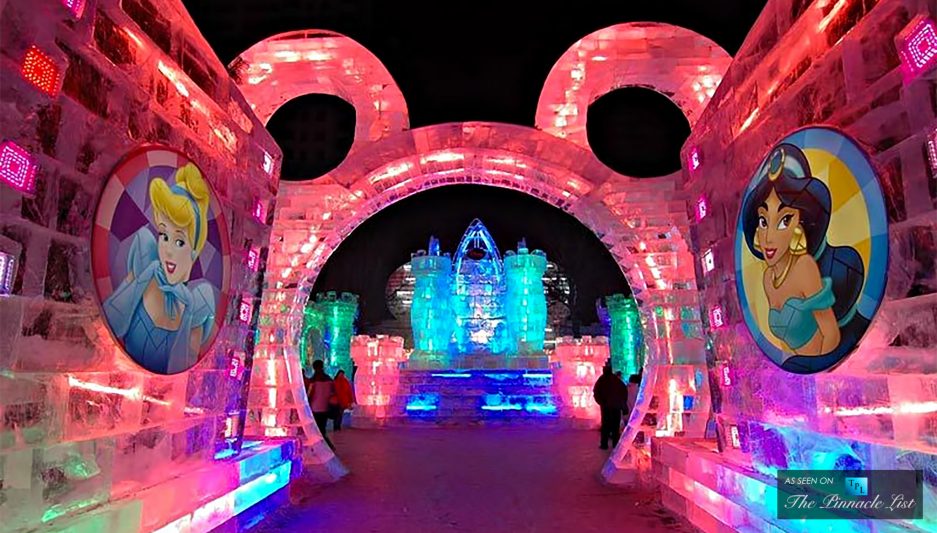 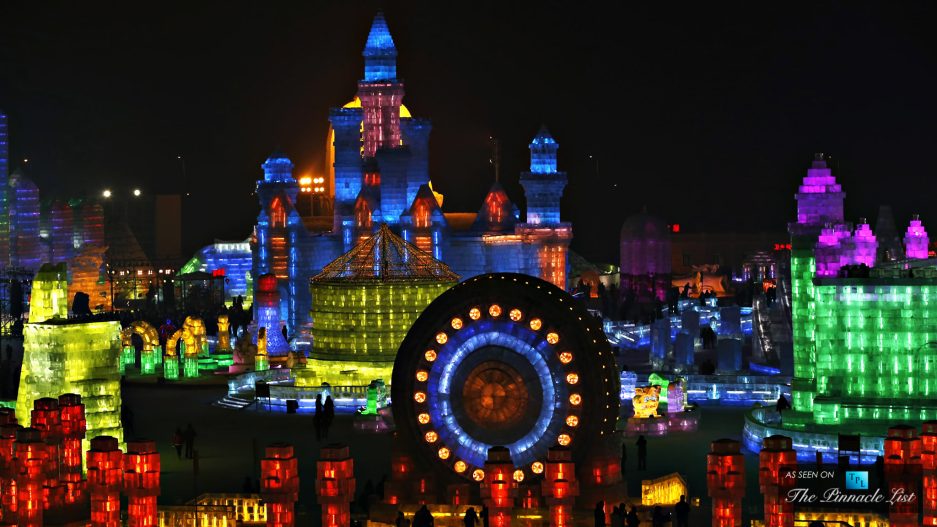