Society at present is entering a time where reality is beginning to upset Arthur C. Clarke’s three laws of science fiction.

A 45-year plus partnership between Chevrolet and Chaparral Racing endeavours to appreciate that notion by introducing their revolutionary interpretation of the ultimate race car – the Chevrolet Chaparral 2X Vision Gran Turismo (VGT); bringing life to a virtual futuristic automobile, playable by Sony PlayStation 3 gamers on the Gran Turismo 6 video game.

After pioneering what now are standard methods and materials used in racing and production automobiles with regard to composite monocoque chassis, lightweight-alloy powertrain systems, and automatic transmissions; the marriage between Chevrolet Research and Development and Texas-based Chaparral Racing have spawned new excitement into the automotive industry.

Their newfound need for speed and daringness to bend reality with virtual inspirations are what make this team as innovative as they come today.

With its radical form, the Chevrolet Chaparral 2X VGT channels the spirit of futuristic ideals, conveying a vision for what future racing could hold. It uses a conceptual advanced laser-based propulsion system that’s never been seen before on an automobile. This had to be envisioned from scratch.

A press release issued by Chevrolet on November 19, 2014 explains the specifications behind their new propulsion system:

The Chaparral 2X VGT’s concept propulsion system is inspired by technology derived from advanced work targeted at space travel and future aircraft design. It features a mid-mounted laser beamed-energy propulsion system, which pulses beams of light that focus in a shroud, creating shock waves that generate tremendous thrust in the lightweight race car. With a 671-kW laser, powered by a pack of lithium-ion batteries, and an air-powered generator to provide 900 horsepower worth of thrust, the Chaparral 2X VGT will be capable of a 240-mph top speed with 0-60 acceleration capability of 1.5 seconds.

The driver of this futuristic vehicle lays in an unconventional Tron-like prone position – face down with the driver’s arms and legs spread towards the front and rear wheels. This highly active configuration, enabled engineering to build the race car’s propulsion and suspension systems around the driver, allowing for progressive strategies like active and driver-adjustable aerodynamics.

The need for large conventional wings and other aero devices used to generate grip-enhancing downforce are eliminated by the driver-enabled aerodynamics of the Chaparral 2X VGT. Couple that with the minimalist structural design and that reduces the overall mass of the automobile, which enhances acceleration.

Tremendous cornering grip on the Chaparral 2X VGT is enabled by its lightweight chassis components that reduce the weight of the race car’s relatively small footprint as it rolls on 17-inch wheels wrapped with racing tires.

Other manufactures have developed concept race cars for the Vision Gran Turismo project, but the team of Chevrolet and Chaparral are one of the few to actually transfer it from the digital world to a physical concept automobile. They pushed the race car gamer boundary by bringing their fantasies to life.

As the engineering and design industries take their turns morphing science fiction fantasies into obsolete dreams from storied sagas like Star Trek and Star Wars; it will be the duty of creative engineers to induce new ideas that can inspire the inception of newfound intelligence that continues to bend reality the way the creators see fit. This is remarkably displayed by the realization of the Chevrolet Chaparral 2X Vision Gran Turismo. 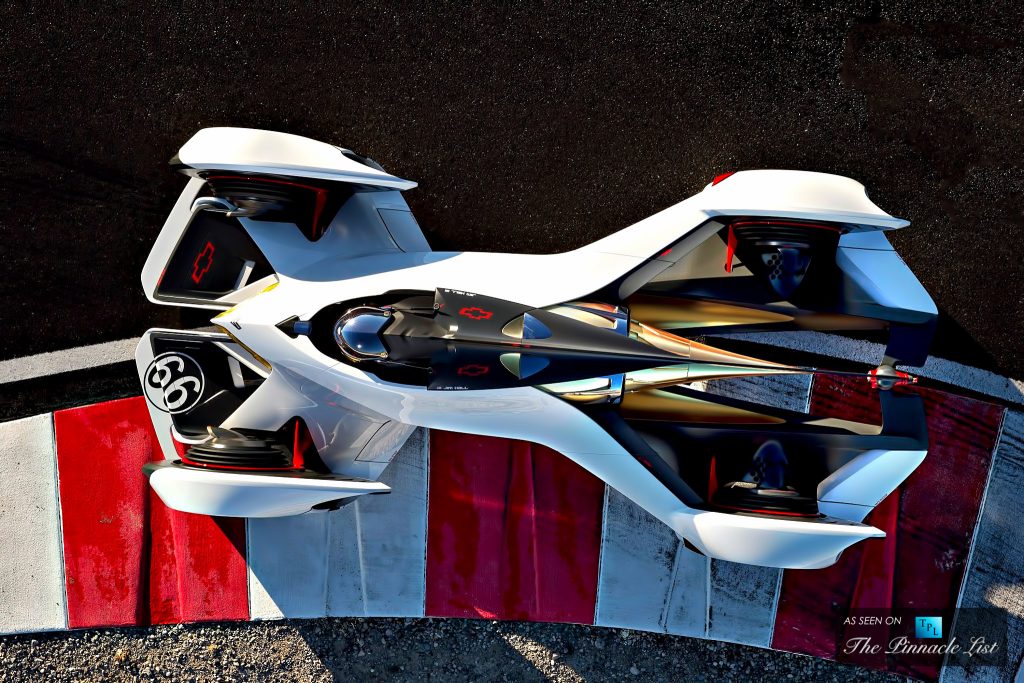 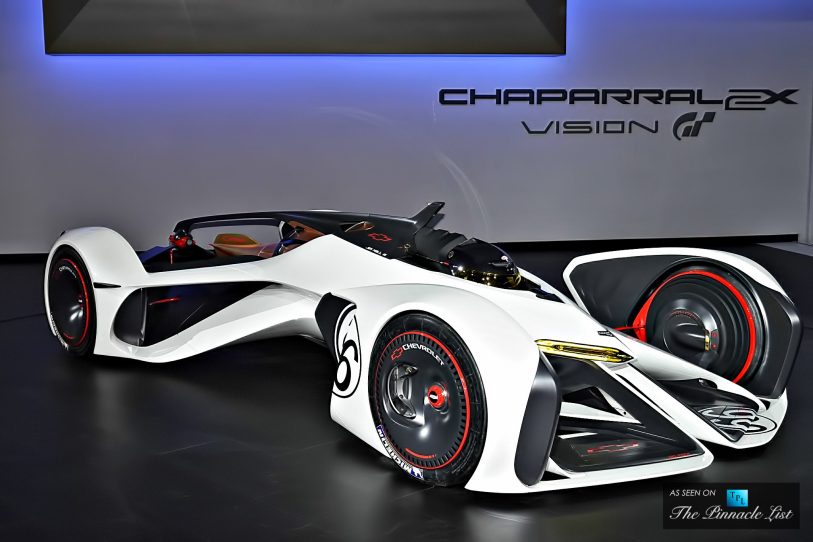 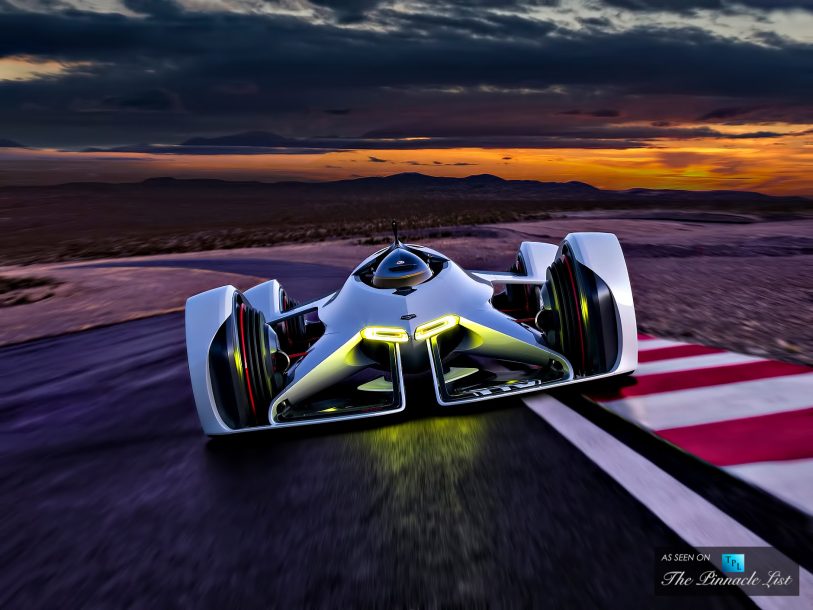 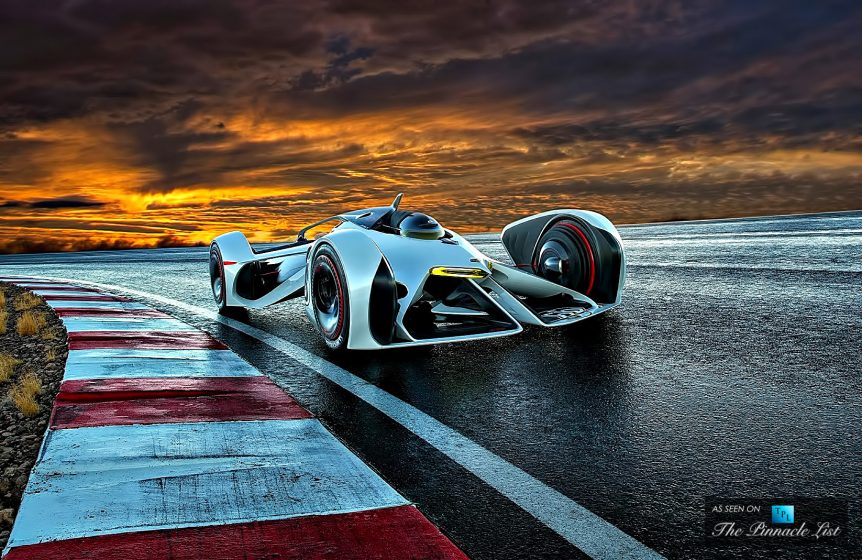 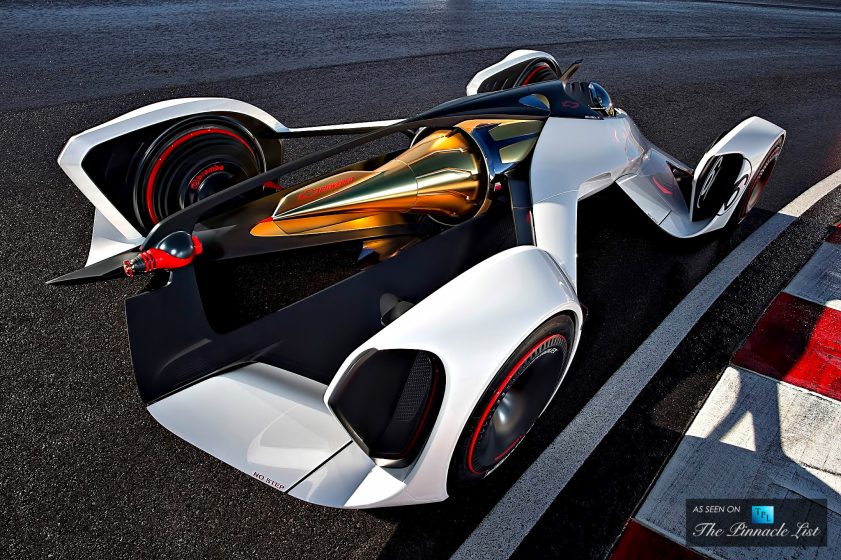 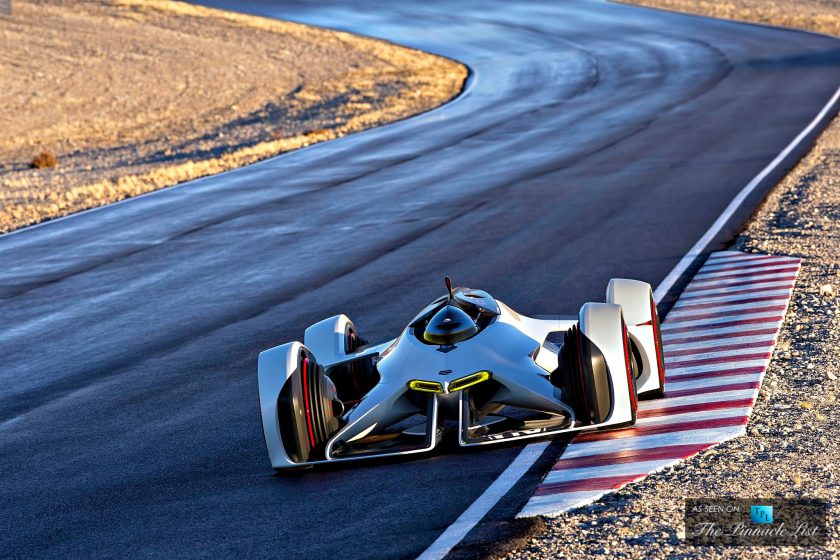 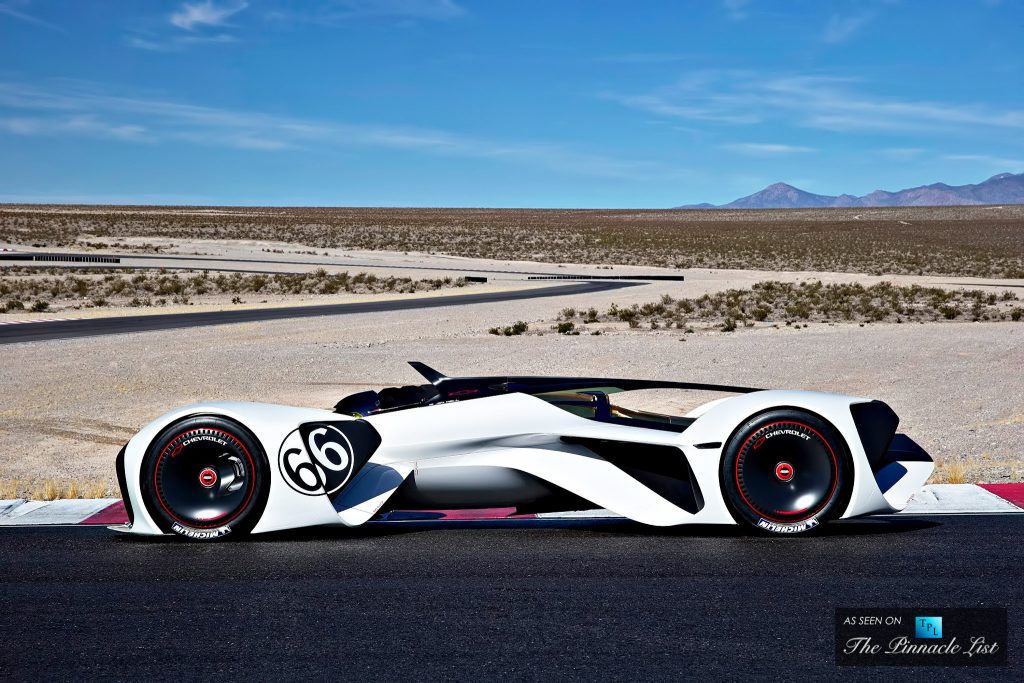 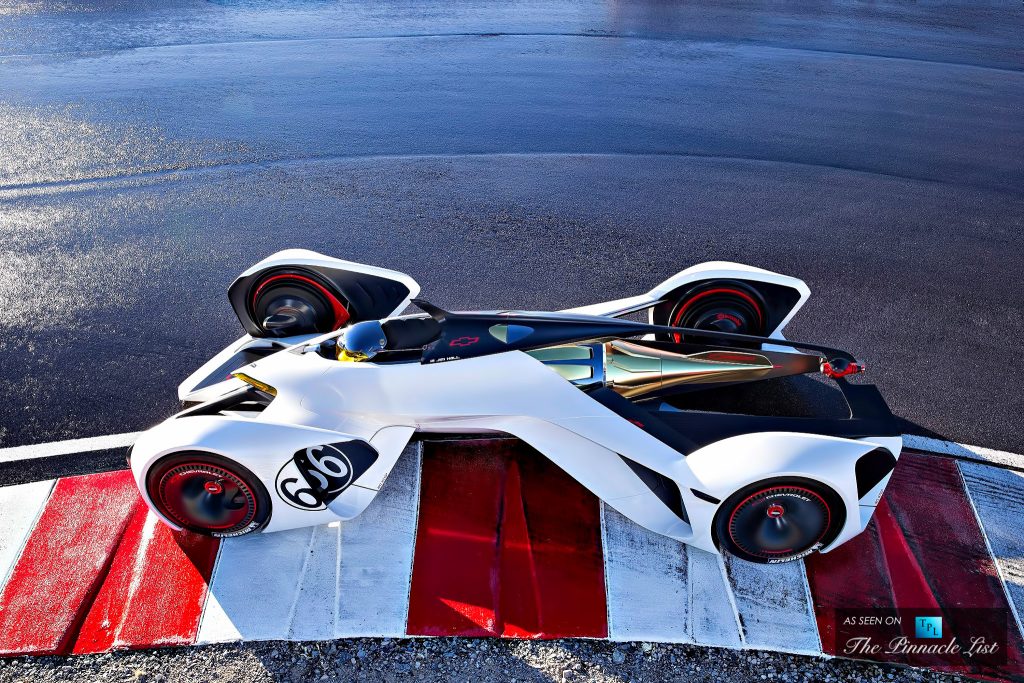