If you’ve ever thought of owning a significant property on one of the magnificent Greek Islands in the Mediterranean, this might be the opportunity you’ve been waiting for. Beverly Hills Citiwide Brokerage agents Levik Stephan and Anita Stephan are currently offering an exceptionally rare 44-hectare (109-acre) parcel of extraordinary beachfront property in Ermones Bay, adjacent to the renowned Grand Mediterraneo Luxury Resort & Spa on the idyllic Greek Island of Corfu, for sale at $10.5 million USD.

Corfu is the second largest of the Greek Islands in the Ionian Sea. The elegant and serene island sits between mainland Greece and Italy. Known as the Emerald Isle, its mesmerizing contrast of fertile evergreen flora surrounded by the deep blue of the Mediterranean makes it one of the most breathtakingly beautiful and tranquilly romantic places in Greece.

Unlike the rest of Greece, Corfu never fell under the dominance of the Ottoman Empire. Successively ruled by the Venetians, the French and the British over the centuries, the island has primarily become part of the Western world. Corfu resonates with neoclassic and Italian-style buildings and a rich culture with French and English influence and an aesthetic blend of Naples and Venice delivering a mixture of cosmopolitan sophistication with relaxed Greek simplicity.

One of the most cosmopolitan Mediterranean destinations, until the 20th century, many European royalty chose Corfu as their summer residence. Elizabeth of Austria built the famed Achilleon Palace, which was later purchased by the Kaiser Wilhelm II of Germany. Today, the island continues to attract the international elite: the Rothschild and Agnelli families own beautiful homes and Russian oligarchs frequently purchase stunning properties on the island.

The Island of Corfu is where Ulysses met Princess Nausicaa in one of Homer’s most celebrated scenes in Odyssey. On the west coast, Ermones Bay is supposedly where the shipwrecked Odysseus was washed ashore towards the end of his epic journey.

Suitable for commercial or residential (hotel or villas) use, this truly unique and exclusive plot of inclined, amphitheatrical land at Ermones Bay, perfect for a striking terraced architectural build, offers stunning panoramic ocean views on the western side of Corfu facing Italy. With more than 1000 meters of coastline, the tranquil setting offers ultimate privacy with a wonderful “secret beach”, including private beachfront access that is only accessible from the property or the sea.

Situated at the serene Ermones beachfront bay, which forms the start of the Ropa Valley, a stunningly scenic natural landscape that opens to a great expanse of flat verdant green land with a stream running down the center of the valley. This exceptional property is ideally located in one of the best places for walking, cycling, horseback riding and bird watching on the island.

The back of the property faces one of the best-kept secrets as far as golfers are concerned. Less than 1 km away, you will find the only golf course on the island. The 18-hole Corfu Golf Club designed by renowned architect Donald Harradine is considered to be one of the best golf courses in Europe.

Conveniently located a mere 15-kilometer drive from the main city on Corfu, and its international airport and seaport, this Ermones property is the perfect place for you to enjoy a tranquil natural setting with spectacularly magical panoramic vista views over the shimmering transparent aqua hued waters of the Adriatic Sea.

From Odysseus and Nausicaa to the royalty of Kaiser Wilhelm II of Germany and Sissy of Austria, this magnificent bay has always been the pure relaxation spot of Corfu. Now you have a chance to own this incredible private beachfront property in one of the most luxurious destinations in the Mediterranean. 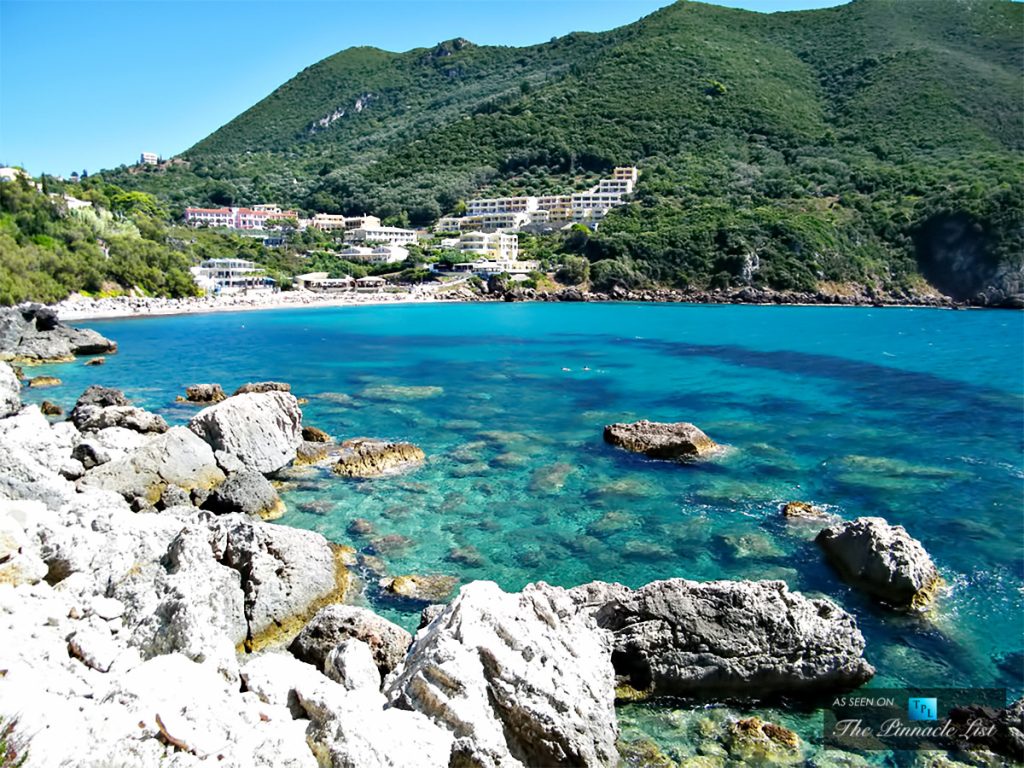 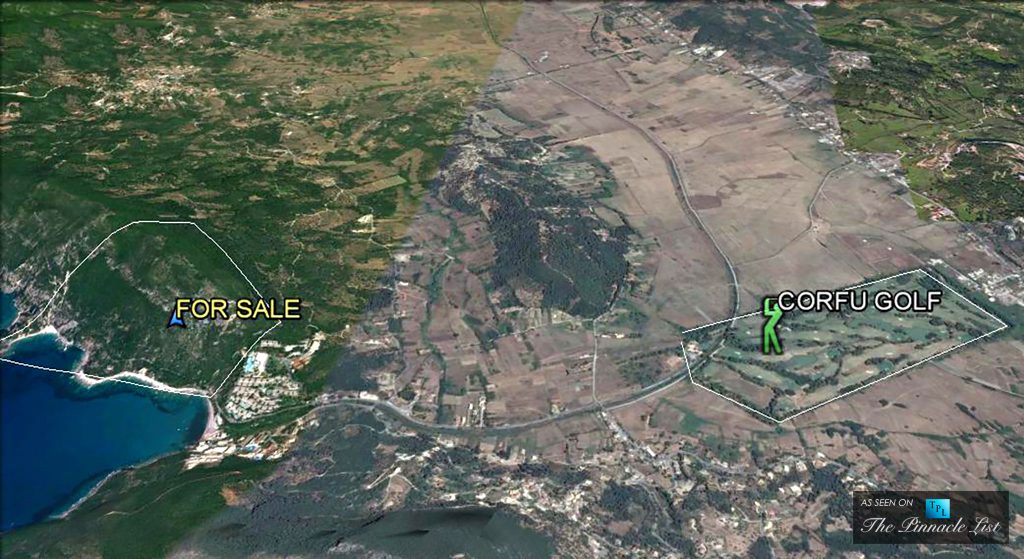